Weak sentiment in Perth’s commercial property sector is proving to be a challenge for landlords seeking to sell assets, with sales campaigns for a range of CBD assets shelved in 2016. 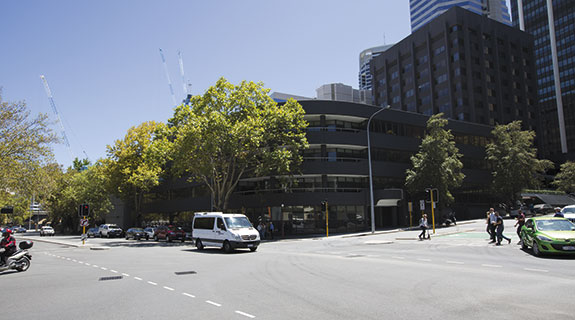 Weak sentiment in Perth’s commercial property sector is proving to be a challenge for landlords seeking to sell assets, with sales campaigns for a range of CBD assets shelved in 2016.

Offices in the centre of Perth are nearly 20 per cent vacant, according to the Property Council of Australia WA Division, while landlords are offering significant incentives and discounts on rents to sign up tenants.

ASX-listed GDI Property Group, which last year said its exposure to Perth was the main reason its shares were trading below its IPO issue price, was the first to drop plans to sell a CBD office building.

Since last year, GDI had been planning to sell its Mill Green complex, which comprises 197 St Georges Terrace, 5 Mill Street and 1 Mill Street.

But in an update to investors accompanying its half-year results, GDI said it did not believe the timing was right to launch a sales campaign for the buildings.

GDI managing director Steve Gillard said the commercial property owner would not be likely to get a fair price for the complex, which it acquired for $65 million in 2012, prior to its listing on the ASX in 2013.

Instead, GDI is considering developing what would be one of the city’s tallest buildings, containing 387 apartments, to replace the office building at 1 Mill Street, which is vacant. The Insurance Commission of Western Australia has also put plans to sell CBD office towers on the backburner, after it was not able to find a suitor to buy Westralia Square and Westralia Plaza.

The two towers were part of a portfolio sell-off launched last year by ICWA, which was able to find buyers for two shopping centres, The Shops At Ellenbrook and Canning Vale’s Livingston Marketplace, as well as the Forrest Centre.

The Forrest Centre was sold to the Australian subsidiary of a privately owned Chinese property investment company.

However, GDI and ICWA’s challenges do not mean a deal can’t be done.