The state rarely wins in battles with big resources outfits. 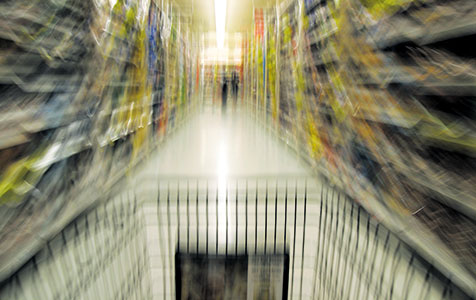 SHELF SPACE: Landlords don’t pick fights with their major tenants, although supermarkets do compete with their own customers.

The fight between the state government and the two major iron ore miners has provided an interesting insight into the dynamics of business relationships.

As unnecessary as Premier Colin Barnett's public battle with the mining majors may be, he was correct when asserted that the state is their landlord.

While I don't pretend to understand everything about retail politics, I can only assume Mr Barnett felt there was political mileage out of getting cranky with Rio Tinto and BHP Billiton for their contribution to the fact that his treasury has less money than it expected.

Mr Barnett did seem to back down from his most aggressive statements when he denied his initial tirade had implied the big miners were colluding to push prices down.

Perhaps the premier is learning what other landlords have known for a long time – you have to look after your biggest customers.

The state's ore bodies and their mining tenants are a bit different from the average sizeable shopping centre, but it seems to me there's little difference in the dynamics.

Big shopping centres bend over backwards to accommodate the needs of the nation's two shopping centre majors – Coles and Woolworths – while many other lessees feel they get treated like third-class citizens. In fact, small tenants' gripes led to legislation governing commercial tenancies, and then to its constant review.

But the truth is that, in the world of retail, the pecking order is very clear – the two supermarkets probably have the wood on the major shopping centres, which basically cannot exist without at least one of them as an anchor tenant.

In some ways, I can't see much different when it comes to the way our economy is structured.

In iron ore, the state government needs these two majors as much as any shopping centre needs a Coles or Woolworths. Similarly, the state needs the oil and gas majors that are the leading proponents of projects past and present. Woodside, Shell and Chevron come to mind.

Yet successive state governments have picked fights with some of these companies, too, especially Woodside.

Former Labor premier Alan Carpenter ended up in a shouting match with Woodside over his plans to have a 15 per cent domestic gas reservation. Mr Barnett had a stoush with the biggest Australian oil and gas player over the location of the Browse project.

As far as I can tell, the state government appears to have lost both these battles, no matter how either side spins it.

That suggests to me that the landlord has little control over its major tenants. Even the rent is probably not a lever that can be shifted too readily lest the tenants threaten to walk.

This analogy can be taken even further.

Even the supermarket majors have 'tenants' they can't overlook. These days, sophisticated supermarkets treat their shelves as real estate, which is rented out to brands that produce goods that customers want.

In recent years, most supermarkets have reduced the number of brands they offer, giving more space to fewer manufacturers who often pay for the space via a number of mechanisms. However, in many categories, the retailers have one or two major suppliers that they simply must stock, otherwise they will lose customers.

So inside the store, the boot is on the other foot.

Of course, like small retailers in a shopping centre, the smaller brands struggle to get the shelf space needed to garner the same sort of respect as their major competitors.

But the shelves of the major supermarkets have one major difference to the retail landscape or the mining environment.

The major supermarkets have, in many categories, taken on their own customers with what are known as home brands, which compete on price and crowd out shelf space.

As I have mentioned before, some major retailers have gone beyond home brands. Coles has created a standalone beer brand, Steamrail, and its parent company Wesfarmers recently acquired major workwear brands KingGee, Hard Yakka and Stubbies, which could one day end up in its other retail giant, Bunnings.

To my knowledge, the big shopping mall owners have not gone down the route of owning retail brands operating in their centres.

Interestingly, Westfield has become a significant global shopping centre owner through its strategy, whereas Coles and Woolworths, which both compete with their key suppliers, have been much more limited geographically and now face the challenge of a major multinational competitor entering their market with Aldi.

So what about the state government? Could we have a 'home brand' iron ore mine, owned by the state and competing with the majors? That sounds like a recipe for disaster and a cursory look at the history of state ownership of mining elsewhere throws up plenty of examples of failure.

However, it has to be said, many nations with oil reserves have a state-owned company as either the dominant force in their local industry or a major partner.

While many observers might suggest the idea of a state oil company appears to have worked for some countries, I'd suggest that the significant investment in Western Australia in the past five to 10 years has been due to our open market and the fair way that the state and federal governments extract their rents, staying distant from the more commercial management decisions.

WA is expected to become the world's second biggest LNG producer in a few years, surpassing both the investment and output of many jurisdictions that interfere in their own markets to a much higher degree.