SPECIAL REPORT: The planned redevelopment of the Shenton Park hospital site will add to a string of LandCorp projects boosting residential land supply in the western suburbs. 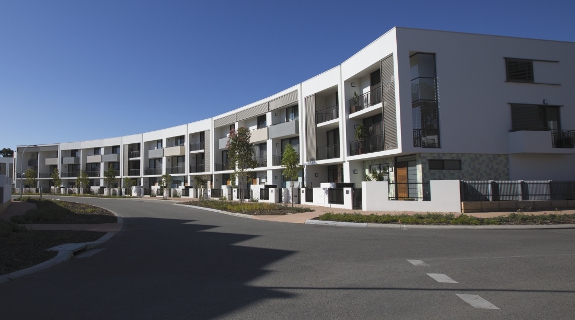 The planned redevelopment of the Shenton Park hospital site will add to a string of LandCorp projects boosting residential land supply in the western suburbs.

When LandCorp releases the first lots at its Shenton Park redevelopment later this year, it will kick off one of the agency’s biggest projects in terms of market impact.

LandCorp is targeting construction of at least 1,100 new dwellings on the 15.8-hectare site, on the corner of Selby and Lemnos streets, with potential for up to 1,600 new dwellings. 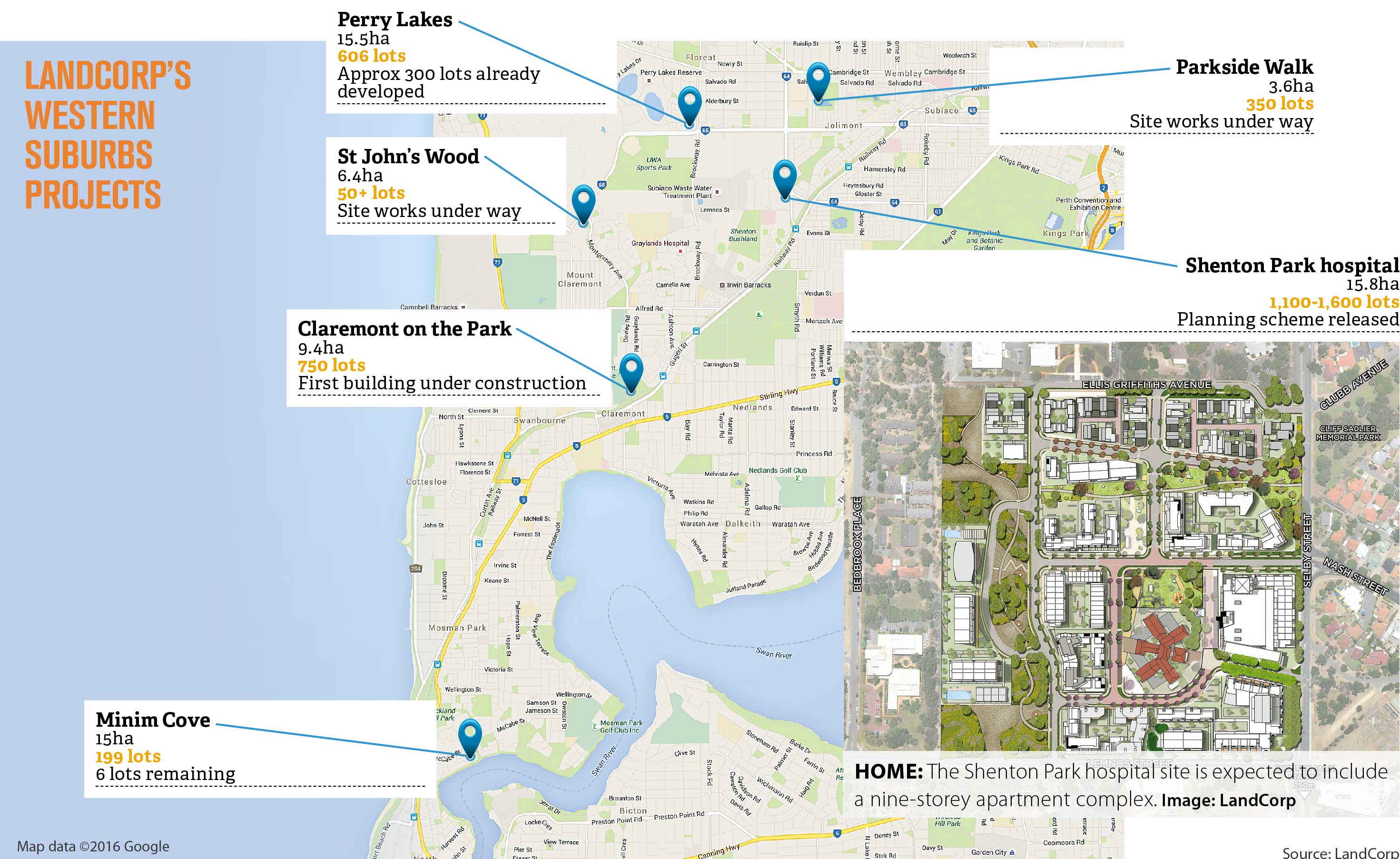 Chief executive Frank Marra said the Shenton Park project would be double the density of the nearby Perry Lakes redevelopment.

“This number of dwelling units (1,100) is ambitious for this site, and setting that as a minimum standard is not done typically,” he said.

“Normally there is just an upper limit, but we want to make sure the site is not under developed.”

Speaking at the launch of a site improvement plan, which has been released for public comment, Lands Minister Terry Redman said private sector developers would determine the final number of dwellings.

“The developers will have the bounds of the improvement plan to work (within),” he said.

“We’ve put the boundaries on that and the private sector and their commercial decisions will decide past that.”

New dwellings on the Shenton Park site are expected to range from two-storey townhouses to nine-storey apartment buildings, but could go higher.

“Individual developers can buy a lot and then design their building to suit the plot ratio,” Mr Marra said.

“We have undertaken this so it can sustain an eight or nine-storey, building but if someone wants to go for a narrower building, and go taller, they can do that on certain sites.”

The pace of development will depend on market conditions.

“We’ve allowed up to 10 years, but if the market demands the end product it will build out much faster than 10,” Mr Marra said.

“Our expectation is between five and 10 years.”

He said LandCorp would not be sequencing its land releases in the surrounding area.

“The market segments we have in the western suburbs are quite distinct,” Mr Marra told Business News.

“We think the market has enough depth, we can present them at the same time.”

LandCorp has six projects in the western suburbs, which collectively will add about 3,000 new dwellings to the market.

They include Minim Cove, which is nearing completion, and Perry Lakes, where about half the 606 dwellings have been built.

Claremont on the Park, where LandCorp is targeting 750 new apartments, has progressed more slowly than had been anticipated.

However, Mirvac Group – like many apartment developers chasing off-the-plan sales – has been offering incentives such as $15,000 gift cards to boost sales at its 142-apartment Grandstand project.

Site works are under way at two other LandCorp developments.

Parkside Walk in Jolimont will have up to 350 medium-density dwellings, with the first apartment site due to hit the market this year.

St John’s Wood will have 49 single residential lots and two group-housing lots, in keeping with the surrounding neighbourhood.

He said that was similar to the density seen in parts of the CBD, East Perth and Scarborough.

Mr Collins was cautious about demand for nine-storey apartments, however.

“That may not necessarily stack up commercially,” he said.

“You would need lots of amenity and infrastructure to make that appealing.”

Mr Collins said demand for off-the-plan apartments was generally very soft across Perth, with buyers having a lack of confidence.

However, he remained positive that demographic trends, including baby boomers wanting to downsize, would support the market.

He said the Shenton Park project would be helped by its location and proximity to popular schools and public transport.

“If there is any criticism, it’s the lack of nearby shopping facilities.”

He was sceptical about demand for higher density apartments, however.

“I think they will find that very hard to move, they need to have a very good outlook.”