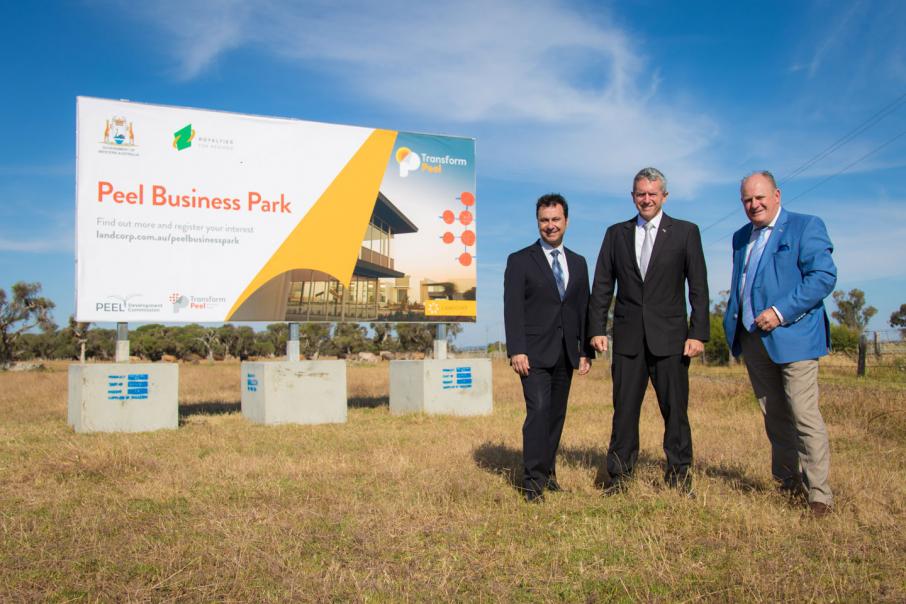 LandCorp is seeking businesses to populate a new industrial estate in Nambeelup, a key plank of the state government’s plan to create more than 33,000 jobs in the Peel region by 2050.

The estate, known as the Peel Business Park, will cover 1,000 hectares and is the first stage in the government’s Transform Peel initiative.

As well as the industrial estate, the state government is seeking to develop a 28,000ha food growing zone and install an integrated water management system.

The Peel Business Park has attracted $49.3 million from the $600 million Royalties for Regions Growing Our South initiative.

Expressions of interest are being sought for the first 120ha of the park, which would accommodate around 160 businesses in light and general industry, research and development, transport and logistics, and agribusiness.

Lands Minister Terry Redman said the first phase of development would create around 2,000 jobs and inject $1 billion into the economy per year.