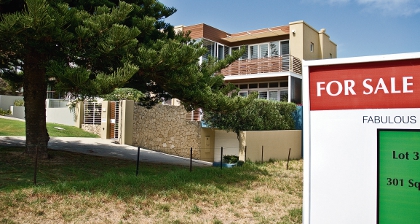 Perth was the standout capital city performer for land sales over the March quarter, with transactions increasing by 22.9 per cent, but the Housing Industry Association has warned that sales are ticking over at well below historical levels.

The HIA-RP Data residential land report, released today, showed total land sales of 2,372 in Perth over the March quarter, up from 1,931 in the previous three months.

“This is well below the heights Perth has achieved in the past, although it is the highest number of sales achieved by any capital city in the March 2012 quarter,” the report said.

In regional Western Australia, South West median lot prices were steady at $168,000, while the South Eastern region recorded 5 per cent fall in median values to $133,000.

Nationally, the March quarter showed a 6.8 per cent increase in land sales, with all capital cities except Adelaide recording rises.

The national median residential land value increased by 1.5 per cent over the quarter to $195,466.

HIA senior economist Andrew Harvey said, however, the level of sales remained low historically, signalling weakness in new home building would persist for the rest of the year.

“The new home building sector continues to face highly challenging business conditions and the prolonged period of weak land sales doesn’t provide any confidence that a recovery is on the near horizon,” Mr Harvey said.

“Meaningful reforms across all levels of government needed to address persistent weakness in residential building.”