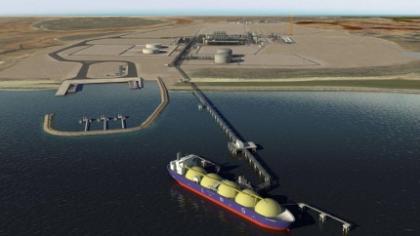 An artist's impression of Chevron's Wheatstone LNG project near Onslow.

The company said it would provide more than half a billion dollars in civil and structural engineering and construction under the deal, which will require up to 700 staff.

The works will include the delivery of cranes, structures and foundations as well as concrete and earthworks for Wheatstone’s two LNG process trains, as well as power generation and distribution, water treatment, air and nitrogen systems and gas inlet facilities for the project’s utilities plant.