Lack of finance shutting SMEs out of resources 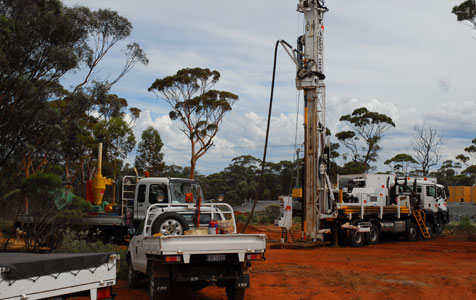 Small to medium businesses looking to get involved in supplying the resources sector are being hampered by a lack of access to finance, new research shows.

A survey released by the Export Finance and Insurance Corporation showed 77 per cent of respondents that were unable to win resources industry tenders blamed a lack of finance.

The survey also showed that 85 per cent of small enterprises that were successful in breaking into the resources industry required extra financing to do so.

EFIC SME and mid-market director Robert Dravers said it was concerning that such a large proportion of businesses faced financial barriers to participating in the resources sector.

Mr Dravers said it appeared a lot of small businesses were unaware of the financing options available.

“Greater awareness of other financing options, including the support that EFIC can offer onshore contractors assisting in the delivery of an export, is needed to ensure that SMEs can take advantage of Australia’s strong resource sector, join the supply chain and potentially take on larger contracts than they otherwise would be able to

Mr Dravers said the survey showed 66 per cent of SMEs found out about tenders through word of mouth, proving good networks are vital to securing contracts.

The research found, surprisingly, that two-thirds of all SMEs looking to secure resources sector work were based in New South Wales or Victoria, rather than WA or Queensland, where most projects are based.