Border closures have made it hard for WA agribusinesses to find workers. 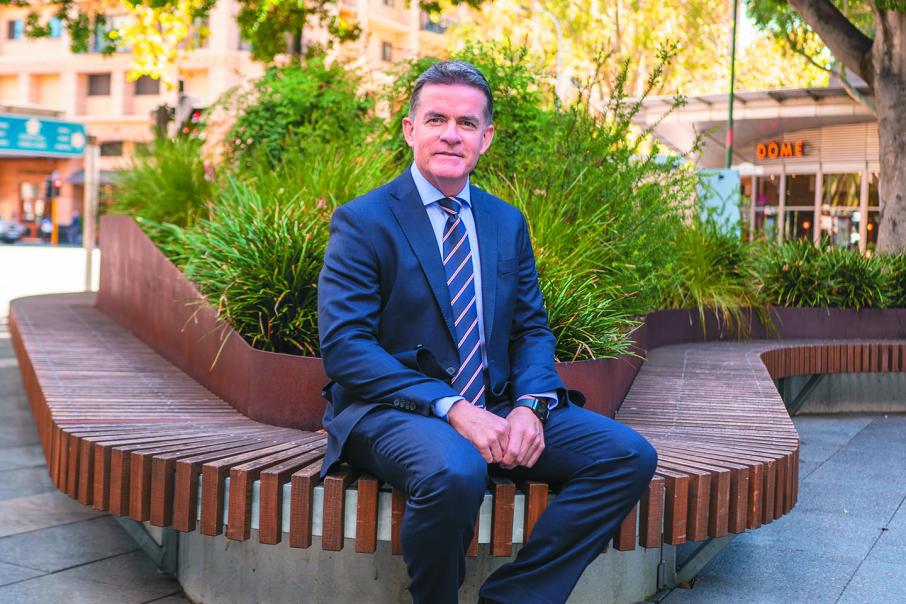 Steve Kelly says the outlook for this season is positive. Photo: David Henry

Uncertainty due to the COVID-19 pandemic and international trade tensions made 2020 a challenging year for the agribusiness sector.

But the sector’s biggest issue right now is a shortage of labour.

The effects of the labour shortage became clear in early April, when CBH Group could not transport the grain required to meet its shipping schedule because it did not have enough workers.

The issues came after CBH, the largest agribusiness company listed on Business News’ Data & Insights, posted its fourth-largest season on record, with 15.1 million tonnes of grain delivered to its network.

CBH chief operations officer Ben Macnamara confirmed a lack of drivers was affecting its ability to meet its shipping requirements.

“This shortage is significantly impacting our ability to move grain to our ports as rapidly as required to meet our fully booked shipping commitments,” Mr Macnamara said.

“Bushfires, flooding and a third-party derailment in the Avon Valley have also disrupted rail and have contributed to around half of the logistical losses.”

He said CBH was working closely with its export customers and managing its shipping program.

WAFarmers chief executive Trevor Whittington said the state and federal governments’ border policy and increased mining activity in the state had contributed to the labour shortages.

“The biggest challenge is getting heavy-truck drivers, because we are probably 500 [drivers] short across the state,” Mr Whittington told Business News.

Large mining companies pinched drivers from the small miners, he said, and took workers from the road maintenance industry, which in turn recruited grain truck drivers.

“It’s very hard to find those sorts of people because, it’s not an ideal career, being away from home all the time and concentrating 100 per cent when you are on the road.”

The state government announced $6.1 million to train about 1,000 people in heavy vehicle driving in February, but Mr Whittington said this was too little too late.

However, he said the biggest demand for workers came from the horticulture sector.

An EY report, published in September 2020, found the national horticulture sector could be up to 26,000 workers short this season.

Research from the Australian Bureau of Agricultural and Resource Economics and Sciences found a shortage of workers could result in a 17 per cent decrease in fruit production and a 2 per cent reduction in vegetable production.

“We are about to see the fact Australia will be importing more horticulture produce because we just can’t find people to pick it,” Mr Whittington said.

“Australians certainly don’t have to and won’t pick bananas in Kununurra.

“And you can’t blame them, because other people don’t want to do it either.

“We are the only Western country in the world that doesn’t import labour for our agriculture sector, and the government thinking people are going to give up waiting for a job in Bunnings or packing shelves in Woolworths to go and work in horticulture is delusional.”

The state government recruited more than 600 overseas workers to address the labour shortage since December.

Mr Whittington called for the borders to be opened to ensure the free movement of people between the eastern states, New Zealand and the Pacific Islands.

Craig Mostyn Group chief executive Patrick Walsh said border closures had made it difficult to find workers as its businesses were usually staffed by backpackers.

“It puts our existing staff under more pressure, which is not good, and it also means that we can’t reach the productivity we should,” Mr Walsh told Business News.

“A lot of these abattoirs are operating at a certain number of animals per week, which pretty much means if they get slaughtered, they then need to be processed, and if there aren’t enough people to process them, then it slows down the process.”

A second challenge caused by COVID-19 restrictions and border closures was the lack of available air freight.

Mr Walsh said, with assistance from the government and Austrade, the company could still export its chilled lamb to China and its pork to Singapore, but the price of freight for pork had tripled, significantly reducing margins.

However, Craig Mostyn Group’s revenue fell only slightly in the 2020 financial year, from $309 million in 2019 to $308 million, making it the 10th largest agribusiness in WA.

The revenue of most top agribusinesses listed on Data & Insights was similarly affected by COVID-19.

Western Australian Meat Marketing Co-operative’s revenue decreased from $331 million in 2019 to $324 million in 2020.

CBH Group revenue fell by 23 per cent to $3.2 billion in the year to September 2020, with the group citing below-average harvest and international trade tensions for the result. It still achieved an overall after-tax profit of $11 million, however. 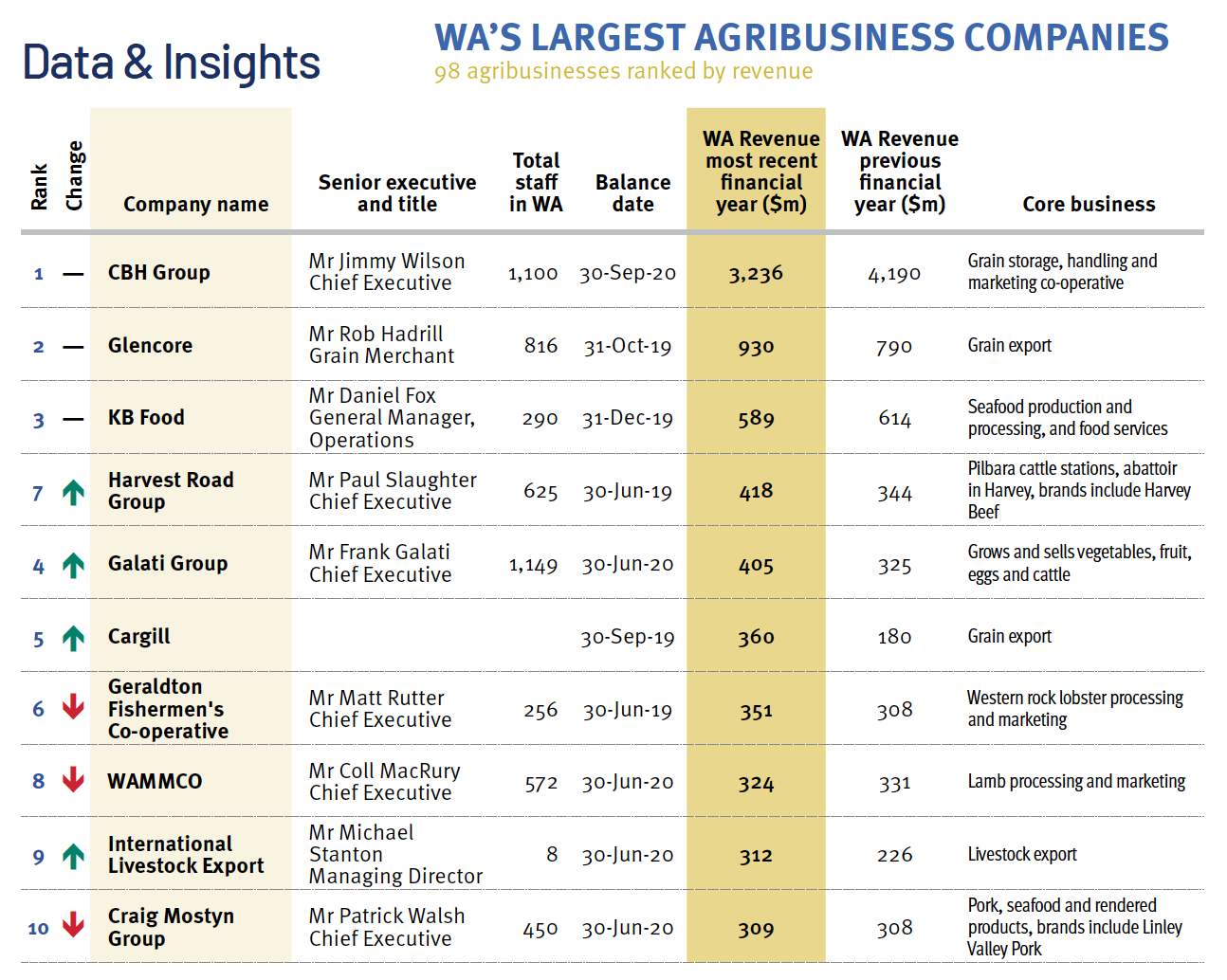 Australia’s deteriorating relationship with China has caused major concern in the sector.

In May 2020, China imposed an 80.5 per cent tariff on Australian barley after an investigation claimed to find evidence of dumping.

Later, several beef suppliers were banned from exporting to China, for labelling and health certificate reasons.

China also suspended barley imports from CBH, claiming weeds had been found in a shipment.

Department of Foreign Affairs and Trade chief economist Jennifer Gordon told a Senate estimates hearing at the end of March that Australia had found new markets for barley exports, including Saudi Arabia, Kuwait, the United Arab Emirates and Thailand.

“Barley is actually an interesting story, because while exports [to China] have been negligible since May 2020, our exports to the rest of the world have actually increased, partly because we had bumper crops,” Dr Gordon said.

“The barley has been successfully diverted into other markets.”

In January, CBH Group reported its first-ever shipment of malt barley to Mexico.

At the time, CBH said demand from Saudi Arabia for Australian feed barley was set to increase from almost zero in the 2019-20 financial year to more than 2 million tonnes this year.

“Some processors have lost their licence with China in the last 12 months, so that makes it really difficult,” Mr MacRury told Business News.

“We are okay at the moment, but you just don’t know. It’s one of those things that you have to do everything right and it can be pretty hard work to keep things online.”

“One thing the China trade concerns have done is meant that new markets have been explored for agricultural products,” Mr Kelly told Business News.

Farmers were also positive about the conditions of this year’s season, he said.

Rabobank recently completed a consumer confidence survey, which found nine out of 10 farmers in WA expected business conditions to improve or remain similar to last year.

“The price of grain is okay, [there’s] moisture in the bank, interest rates are low, and you have got [high] land values; that’s the other part that’s leading optimism,” Mr Kelly said.

“We have had a significant rise in land values over the past 18 months, so that’s also given farmers a lot of confidence.

“The returns on ag and the confidence at a five-year high really demonstrate that.”

Other producers were targetting opportunities to tap into growing health food markets.

WAMMCO’s Mr MacRury said Australia and New Zealand could capitalise on the demand for antibiotic-free meat.

“There’s a real health fad going on, particularly in North America, but also around the world,” Mr MacRury said, adding that antibiotic-free and grass-fed meat were popular and could be sourced from Australia.

“There’s definitely a push towards that kind of lamb and beef.” 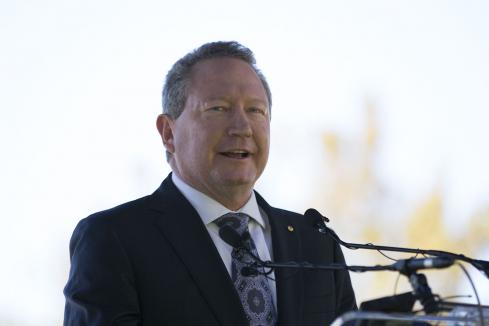