Labour hire company The Go2 People is hoping its geographic diversification, along with two acquisitions by its fledgling building division, will attract investor support for its $12 million initial public offering. 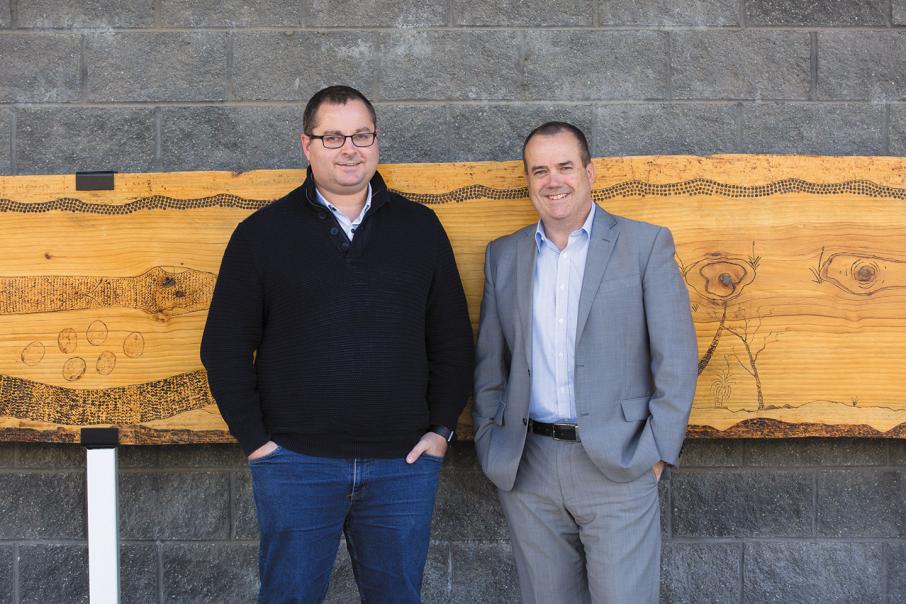 Billy Ferreira (left) and Darren Cooper say funds from the IPO will be used to grow the business and retire some debt to the ATO. Photo: Attila Csaszar

Labour hire company The Go2 People is hoping its geographic diversification, along with two acquisitions by its fledgling building division, will attract investor support for its $12 million initial public offering.

Based in Belmont and established in 2011 as Go2 Recruitment, The Go2 People lifted its turnover to $38.3 million in the year to June 2016, when it posted a $1.2 million net profit.

Mr Ferreira said he recognised early on the importance of diversification.

“In our industry, labour hire, there are not many successful players that have only got one string to their bow,” he said.

“The really big players have got diversification.”

Mr Ferreira said one of the differentiators for the company was that key people had backgrounds in project management and in the trades.

“We understand projects, and feel like we know what clients want,” he said.

The GO2 People has already expanded into Queensland, where it has supplied workers for railways, hospitals and other infrastructure projects.

To support future growth, the company has hired several senior staff, upgraded its operating and financial systems, and opened regional offices in Bunbury and on the Gold Coast.

Its intention is to expand into NSW later this year, followed by Victoria and New Zealand.

In addition, The Go2 People plans to complete two small acquisitions to bolster its building division, GO2 Building, which was created in 2014 as a way of boosting utilisation of staff on the books of the labour hire business while also delivering higher margins.

The company has agreed to pay $650,000 in cash and shares for Terra Firma Constructions, which was established in 2015 by Christopher Streat, who will continue as head of building.

Terra Firma had revenue of $1.9 million in the year to June 2016, with projects in Paraburdoo, Dampier and Secret Harbour.

It boosted its workbook this month when it signed a $970,000 agreement with Altura Mining to build a mine operations centre at the Pilgangoora project in the Pilbara.

Mr Ferriera said the value in GO2 Building was its residential building licence and MOUs it held with property investors and land developers for construction work.

The building business plans to specialise in what it calls ‘rapid build methods’, using prefabricated panels and wet areas (such as bathrooms) that can be assembled on site.

The building division will target lifestyle villages as its core market.

While most of the IPO proceeds will be used to fund growth of the business, the company plans to use $3.8 million to reduce its debt to the Australian Taxation Office.

“Were always in payment arrangements with the ATO, it’s just a part of doing business and trying to scale,” Mr Ferreira said.

“There is no stress from them to pay that down quickly.”

The company also owes $5 million to Scottish Pacific, a funding facility that will remain active.

“Part of doing business in the labour hire industry is having a debtor finance facility, that’s just working capital that changes from week to week,” Mr Ferreira said.

Mr Cooper said the IPO would give the group a stronger base for growth.

“The business is there to be won, but its needs the balance sheet to support it,” he said.

The lead manager for the IPO is Sydney-based JB Advisory, while Steinepreis Paganin is solicitor to the offer and William Buck is investigating accountant.