WA Labor has pilloried the opposition’s plan to sink the City West rail line, warning the project could cost the state as much as $1 billion. 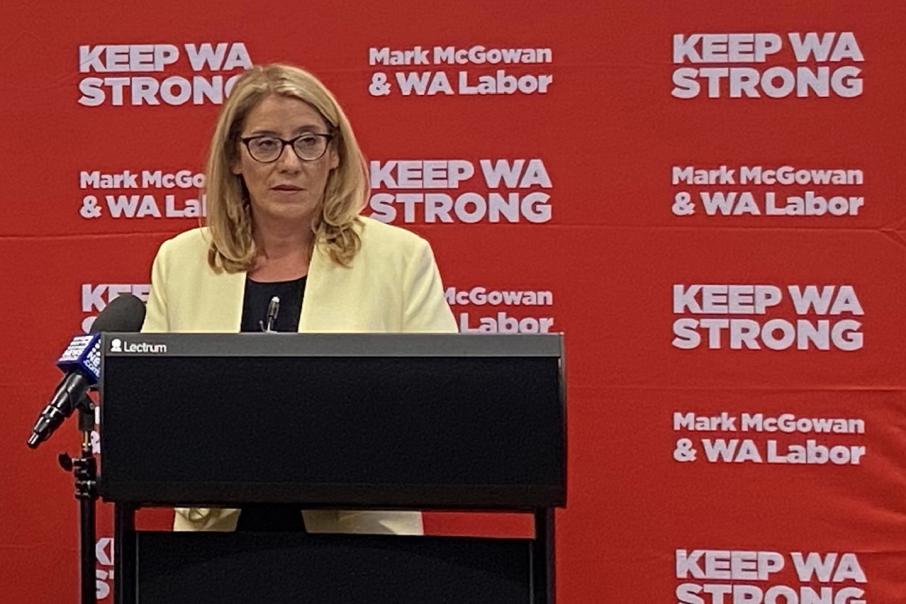 Rita Saffioti argues that sinking the City West rail line would not be cost neutral. Photo: Brandon How

WA Labor has pilloried the opposition’s plan to sink the City West rail line and warned the project could cost the state as much as $1 billion.

That comes after the Liberal Party WA this morning announced its plan to clear two hectares of state government-owned land for residential, retail, and commercial developments in the City of Perth.

The plan will involve the sinking between 500 metres and 1 kilometre of railway line between Mitchell Freeway and Thomas Street.

No costing for the plan was provided with the intent to seek a public-private partnership to help fund the plan.

While the party has committed $5 million for a masterplan, which would likely be led by Development WA, the project’s eight-year timeline means the opposition would likely need to win at the March state election and again in 2025 to fulfil the commitment.

That may prove a high hurdle to clear given the party holds just 13 of 59 seats in the lower house.

“This is where tall buildings belong,” he said.

“We have a policy problem in the outer suburbs, in some of our more established suburbs, where inappropriate infill which doesn’t correlate with the surrounding neighbourhood or amenity is going ahead.

“We need to be much more structured and considered and this is just another opportunity to do that.”

Mr Sibma did not provide any costings for the project but had claimed, through the sale of publically owned land, it would be effectively cost neutral.

That comment proved fertile ground for WA Labor this afternoon, with Planning Minister Rita Saffioti estimating the cost of such a move at between $600 million and $1 billion.

She argued service relocation would add additional cost onto the project and estimated the income from land sales would optimisticall be $60 million, drawing on the state government’s sale of land in Subiaco for reference.

“To say this would be cost neutral was deceitful and misleading,” she said.

Treasurer Ben Wyatt similarly questioned whether the value of land sold would make the project cost neutral, arguing that had not been the case with other large infrastructure projects such as Elizabeth Quay.

He said the private sector was also unlikely to support shifting public sector assets, such as Western Power or Water Corporation, and that the state government would therefore be left to carry those costs.

“That is often the biggest component of the cost,” he said.

“That part of the city has a lot of utility infrastructure, that would probably … require a large subsidy.”

Shadow treasurer Sean L'Estrange pushed back on those assertions this afternoon while conceding he had yet to see the detailed costs of the plan.

"At the moment, we’ve said we’re committing to a public-private partnership and that we’re trying to make it cost neutral," he said.

While the Property Council of Australia WA Division declared support for the policy this afternoon, with Sandra Brewer saying it would compliment the existing Perth City Deal, shadow planning minister Tjorn Sibma declined to provide the names of any industry players that supported the move.

Opposition leader Zak Kirkup had said the party had sought feedback on the plan for City of Perth lord mayor Basil Zempilas.

Mr Zempilas, however, pushed back on that characterisation this afternoon.

“It is fair to say that as a courtesy the information was shared with us across the weekend,” he said.

“To say we were consulted on the announcement, that’s probably not accurate.

While he said he welcomed big thinking, he declined to say whether the city would contribute funding for the process if it were to go ahead.

“The sort of planning and the sort of ideas I have seen, they’re state government projects,” he said.

Sinking rail lines has historically proven difficult in WA with the $360 million Perth City Link having first been proposed as early as the late 1960s.

Work for that project commenced in 2010 and reached initial completion in 2013, after previous state governments led by WA Labor had made smaller financial commitments to the project.