CLIMATE change, an Indigenous Voice to Parliament and preserving superannuation may have come in ahead of universal childcare in Anthony Albanese’s victory speech, but the issue will no doubt be a metric by which his government is judged during the next three years. 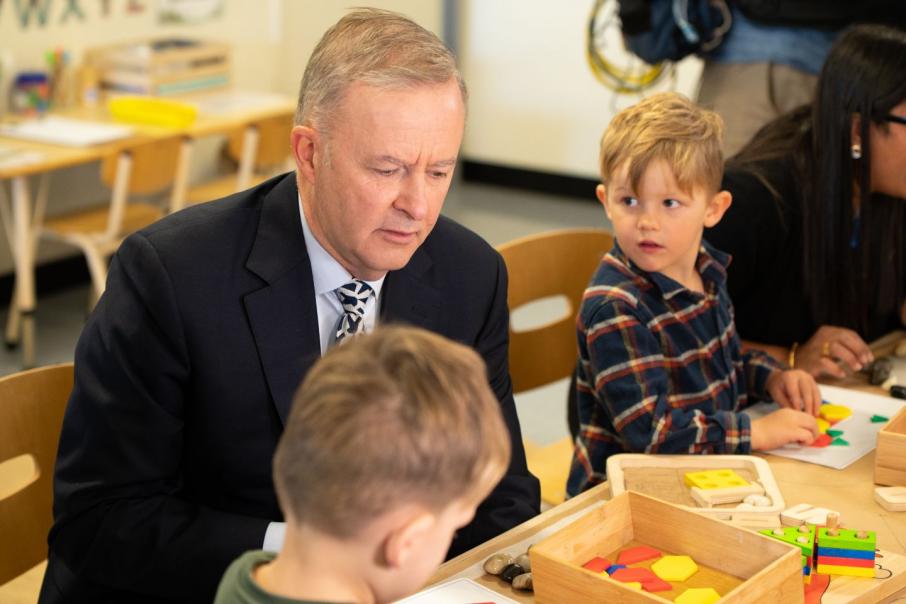 CLIMATE change, an Indigenous Voice to Parliament and preserving superannuation may have come in ahead of universal childcare in Anthony Albanese’s victory speech, but the issue will no doubt be a metric by which his government is judged during the next three years.

By any measure, universal childcare is as momentous a reform as any promised by Labor.

According to the party’s own budget strategy, 44,000 workers will enter the workforce through extending the existing subsidy scheme to cover about 96 per cent of users.

It’ll also be among one of the most expensive to enact. Again, the party’s costings bear that out.

Next year, instituting ‘cheaper childcare’ will incur a one-off cost of $6 million.

That’s a drop in the ocean compared to expenses of $1.5 billion and $1.8 billion over the forward estimates and a total cost of $5.1 billion to FY2026, a sizable chunk of the party’s $7.4 billion increase in overall spending.

Couple that with $523.8 million for 20,000 more university places through to June 2026, and the bulk of Labor’s election promises become evident: 75 per cent of additional spending coming entirely from pledging more money to childcare and universities.

Mr Albanese’s majority in the lower house means that, for all the noise about his conciliatory approach to governing, he’ll have the numbers to pass Labor’s plans as he sees fit.

If there’s any bargaining, it’ll come from the Greens.

The party now holds four seats on the crossbench and the balance of power in the Senate, giving it scope to bargain up and get elements of its own $19 billion plan enacted.

Whether the financial and political cost can be justified amid rising inflation, expected interest rate rises and a new dawn of quantitative tightening is another question.

Treasurer Jim Chalmers has already signalled that, having had his first good look at the state of the national finances last month, the scope for big spending may be much smaller than his party had anticipated.

That’s despite the Parliamentary Budget Office, which provides independent costings (in part to avoid nasty surprises to whichever party wins government) having already looked over Labor’s costings and come to the earlier stated $5.4 billion figure.

Mr Chalmers’ words seem especially odd when considering the purpose of the PBO itself.

Put simply, its creation in 2011 owed to the sophistry of major parties in the run up to an election, using unreliable costings to shop around big promises only to blame the previous government for being unable to deliver said commitments once elected.

Tony Windsor and Rob Oakeshott conditioned their support for Julia Gillard’s government in part on the creation of the PBO, outlined in their 19-page ‘Agreement for a Better Parliament’.

Politicians were better off with it, too, given the likes of Joe Hockey had a habit of damaging their own election chances by having accounting firms without an awareness of the public sector’s machinations provide costings riddled with basic errors.

State parliament could certainly benefit from a PBO given those fiascos. Just ask Sean L’Estrange, whose own political career in the formerly blue-ribbon state seat of Churchlands could have been saved had public servants counted his numbers instead of Hall Chadwick.

Given all of this, it’s odd then that, after eyeing the books, Labor appears to have only now realised there’s not much wiggle room for new spending in a budget saddled with an operating deficit of $67.5 billion and net debt of $714.9 billion.

The pronouncements were predictably dire after Mr Chalmers met with Reserve Bank of Australia governor Philip Lowe just days after taking the reins at treasury.

“We’ve already begun going through the budget line by line to see where we can improve the quality of spending, we can take money that might have been rorted or wasted in the past and invest it in good economic outcomes,” Mr Chalmers told Michelle Grattan in May.

“That hard work has already begun.”

Labor will hand down its FY2024 budget in October.