OPINION: The actions of some Labor delegates at the recent state conference were farcical. 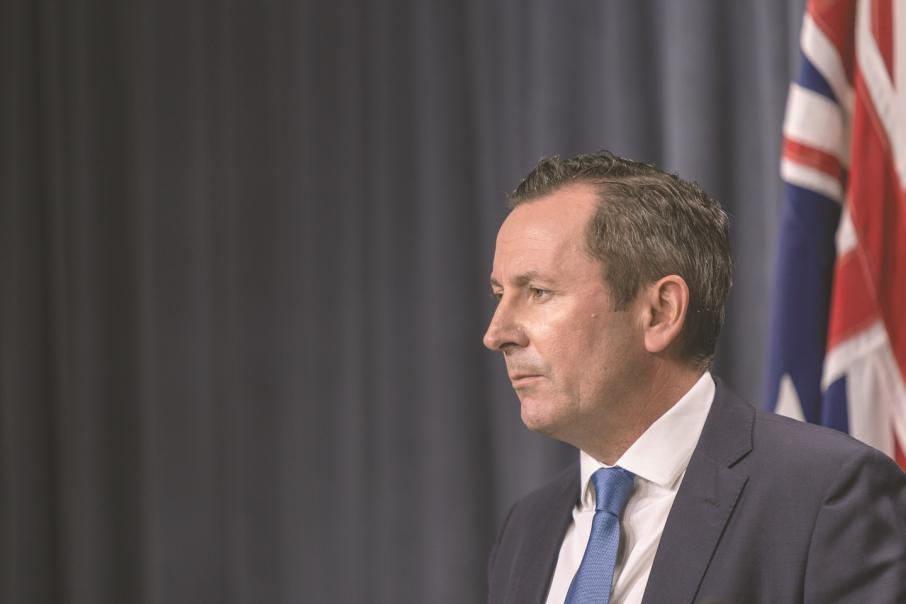 While not factionally aligned, Mark McGowan still needs the support of Labor’s factions.

OPINION: The actions of some Labor delegates at the recent state conference were farcical.

WA Labor is clearly suffering from the complacency that inevitably follows a landslide election victory.

That’s the only logical explanation for the appalling performance of a big proportion of delegates at the party’s recent annual state conference.

That about half the delegates chose to walk out at critical stages on both days of the event was bad enough. That the action on the first day coincided with a video tribute to Labor’s longest-serving prime minister, the late Bob Hawke, and a welcome to country by three Aboriginal elders, displayed crass ignorance.

And they were also outside for the leader’s speech, always a major event at the conference. The delegates’ absence as Mark McGowan announced several initiatives aimed to benefit unions and workers made the logic behind their actions mystifying.

Essentially the walkouts were linked with turf wars engineered by factional (read ‘union’) leaders who spend most of their waking hours plotting how to dud their rivals, which makes how they got it so wrong even more baffling.

Factional alliances within the major political parties are movable feasts, and Labor is no exception. They have little to do with ideology and more to do with convenience. Even their titles can be a challenge, moving from the ‘broad left’, ‘centre right’ and ‘right’ factions of past years to mainly ‘left’ and ‘progressive’ Labor today.

Mr McGowan and a number of his key ministers are not factionally aligned, but they do need factional support from time to time on big issues. For instance a Maritime Union of Australia motion at the conference for a 14-year extension of the life of Fremantle Harbour (in direct contravention of government policy) was only narrowly lost, 163 votes to 140.

MUA secretary Christy Cain, a strong critic of the premier, spoke passionately for the extension. Endorsement of the motion would have been a blow to Mr McGowan's authority within the party, so a majority decided to stick with the leader.

The obvious question here is: how do unions, which according to the Australian Bureau of Statistics represent just 15 per cent of the workforce, continue to have such a significant say in the modern Labor Party? The industries with the highest proportion of unionists are: education and training (33 per cent); public administration and safety (30 per cent); and electricity, water, waste and gas services (29 per cent), all well represented in the public sector.

Clearly the voters in the outer Perth suburbs who gave Labor a record majority at the last state election were not all unionists. Yet the conference delegates from the various branches were quickly absorbed into factional groups under union leadership.

While affiliated unions continue to call the shots, Labor will be a 21st century party with a 20th century structure. And the party would do well to remember that oppositions don’t win elections, governments lose them.

But a potentially damaging repetition of the recent walkouts won’t occur before the government comes up for re-election in March 2021. Next year’s ‘annual’ state conference is odds on to be deferred until after the poll.

Productivity in Australia made great strides, starting with the Hawke-Keating years (1983-96) and continuing during John Howard’s prime ministership. Old work practices such as union demarcation issues, which stifled efficiency, were junked.

But progress has stalled. The issuing of major naval ship building contracts to South Australia by Malcolm Turnbull’s coalition government at massive cost – for purely political reasons – shows how decisions based on productivity have been shelved.

It’s happening in Western Australia, too. While the McGowan government has held the line on public sector wages, it has caved to union pressure and awarded an extra public holiday to, you guessed it, public servants. It’s in lieu of Easter Sunday. Seriously?

State public servants have enjoyed three months long service leave after their first seven years of service since colonial times (even their Commonwealth counterparts must work 10 years) plus a host of other generous leave provisions.

What will a weak kneed government grant public servants next? Bereavement leave for their pets? Don’t laugh.