Labor believes the mixed message son transport policy emanating from the government present it with an opportunity. 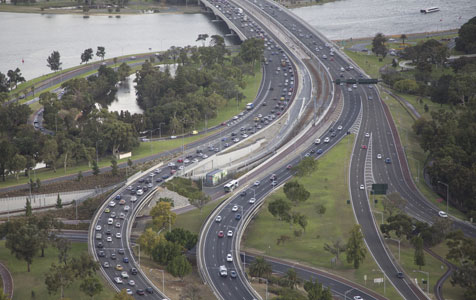 Labor believes the mixed messages on transport policy emanating from the government present it with an opportunity.

Opposition leader Mark McGowan’s promise that Labor in government would develop a ‘state infrastructure strategy’ is the first clear move to fill a vacuum that has become apparent in overall planning for the Perth metropolitan area.

That his announcement coincided with an auditor-general’s report critical of the Department of Main Roads’ performance in combating road congestion only highlights what has become an obvious need in planning the city’s future.

Put simply, people don’t know what the city, road networks and public transport services will look like 10 years from now, let alone 25 years. There appears to be no overarching plan.

Will there be a rail service to the airport and Forrestfield, as promised? What about the city-Mirrabooka link – light rail or rapid road transit? And what about the new density pressure points around the University of Western Australia and the adjacent hospital complex, and the Fiona Stanley Hospital in Murdoch? Will there be a light rail service to Curtin University in Bentley?

And will Joondalup develop into a genuine satellite city, or will northern suburbs residents continue to clog train services and roads to the city?

It’s the great unknown. In the 2013 state election, Labor stole a march on the coalition with its promised railway services. The Liberals had an almost knee-jerk reaction of  ‘me tooism’, which helped get them a second term; but two years on their promises are nowhere near a reality.

Mr McGowan's infrastructure plan is smart politics. It doesn’t commit Labor to specific projects (they will emerge through a public-private sector body called Infrastructure WA, which would advise the government and help develop a 20-year strategy).

His initiative has been welcomed in some key areas, such as the Chamber of Commerce and Industry, although Premier Colin Barnett says the proposals lack accountability.

He is not convinced that the private sector needs to be involved at the formal level, suggesting ‘there will always be private sector rent seekers on such bodies devising which projects will be most beneficial to themselves’.

At the same time, Mr Barnett queried the lack of a business case to justify the government’s decision to proceed with the Forrestfield line, via Perth Airport. But there was no argument over the backflip on the 2008 election promise to extend the suburban line to Ellenbrook.

And what about south of the city and the container transport between the port and Kewdale? Despite some bandaid election promises, real progress has still to be made.

The uncertainty, and backing and filling, is a far cry from 1955 when the blueprint for the metropolitan area’s development was launched. Town planner Alistair Hepburn and consultant Gordon Stephenson led that project, which produced a detailed 315-page report.

The town planning minister of the time, Gilbert Fraser, noted in his foreword the importance of public support in the adoption and implementation of its recommendations.

“No plan for the Metropolitan Region could be adopted and work efficiently without the support of the public,’ he wrote. '

“By commissioning this report and plan, and making it available to the public, the government have taken the first step in achieving an overall plan for the metropolitan region.

“All aspects of past development and future requirements have been fully discussed and are now being made available in this form for your thought, approval and criticism. Out of this I am convinced can be achieved a workable plan for the metropolitan region of Perth and Fremantle.

“It will involve full cooperation and support from all of us living and working in this important region and this I am sure will not be lacking.”

Not everything was done overnight. When the freeway was extended through Leederville in the 1970s, provision was made for off ramps for what became known as the Graham Farmer Freeway, opened in 2000. And not all proposals were adopted. The plan for a northern suburban railway “leaving the present railway near Daglish which, skirting the east or west flank of Reabold Hill would proceed north ... to Whitfords Beach ... “  was abandoned in the 1970s.

But the electrified line to Joondalup, using the Mitchell Freeway route, was completed in late 1992, and subsequently extended to Clarkson.

Getting broad consensus is one thing. In 2015 it seems, according to Auditor-General Colin Murphy, getting consensus on congestion, even within government, is another. One hand does not always know what the other is doing.

“Although Main Roads collect a lot of data, coherent congestion information is limited to a small part of the freeway network, and not reported to DoT (Department of Transport) or publicly,” Mr Murphy said.

He added that getting “comprehensive, consistent and real time information” could be a challenge.

Mr McGowan's proposed structure might not be perfect, but based on the Stephenson-Hepburn experience, it would be a useful start. Premier take note.