The Labor government has labelled the Coalition's newly-united stand on wheat deregulation as a "token show of face", saying an amendment tabled in Parliament today could lead to a return to the 'single desk', despite Opposition Leader Tony Abbott assuring that it would not be re-established. 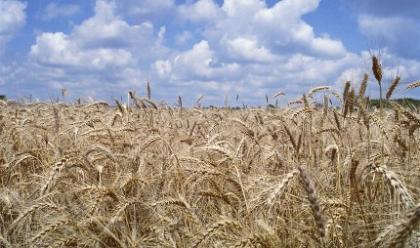 The Labor government has labelled the Coalition's newly-united stand on wheat deregulation as a "token show of face", saying an amendment tabled in Parliament today could lead to a return to the 'single desk', despite Opposition Leader Tony Abbott assuring that it would not be re-established.

The government is seeking to phase out the Wheat Exports Australia regulatory body, in order to address farmers concerns about transparency and competitiveness in the industry.

Labor MPs have estimated WA farmers and the grain co-operative, CBH Group,  could stand to lose up to $4 million a year if the proposed new laws are not passed.

The opposition has split over the issue, with Nationals MP Tony Crook set to cross the floor and vote in favour of deregulation, and NSW Liberal Alby Shulz planning to abstain from voting.

Opposition Leader Tony Abbott said the coalition was united on the matter, saying in a joint statement with Nationals Leader Warren Truss that the Coalition was committed to addressing farmers concerns with a transitional plan in its first term of government, should it be successful at the next election.

Messrs Abbott and Truss said the single desk for wheat export regulation was abolished in 2008, and a Coalition government had no plans to reinstate it.

“Only the Coalition can be trusted to deliver a transition plan that will provide certainty for Australia’s wheat industry and look after the interests of all growers,” the statement said.

But the Pastoralists and Graziers Association slammed Mr Abbott’s statement, saying the move to stop WA liberal MPs from crossing the floor was “beyond rational thought”.

“The simple truth is the government’s Bill is not about whether the wheat export industry is partially or fully deregulated but about removing a redundant bureaucratic body which has no purpose and imposes an unnecessary cost on wheat growers in Western Australia,” PGA western grain growers chairman John Snooke said.

“And there is no need to legislate any perceived industry good items such as wheat quality because they already are being handled by the industry and by the market.”

“All Mr Abbott’s joint statement will do is show that the Liberal Party is no longer prepared to stand against the protectionist policies of the Nationals.”

Minister for Agriculture, Fisheries and Forestry, Joe Ludwig, said Mr Abbott and Mr Truss’ attempt to “feign unity” over deregulation was a token show of face.

“Mr Abbott and Mr Truss can pretend to support deregulation all they like, but this is the clearest indication yet they have no real intention of delivering it,” Mr Ludwig said in a statement.

“The amendment put forward clearly indicates that the Coalition is seeking to vote against the bill now so they can keep the hope alive that they will one day revert back to the single desk.”

Special Minister of State Gary Gray said in Parliament today that there was still time for MPs to consider the proposition and vote in favour of deregulation.

“At a time of pinched markets and difficult circumstances for our farmers because of increased costs and the difficult situation with the high Australian dollar, why would you want to make it harder for our principal export industry,” Mr Gray asked.

“How can members opposite turn a blind eye to the numerous public appeals of CBH, the WA Farmers Federation, the Pastoralists and Graziers Association – groups which represent the majority of WA farmers – and even the Western Australian Liberal Premier.”

“It is one of the great pillars of the Western Australian economy, and it is beyond belief that some members on the other side, who claim to represent the interests of WA wheat growers, are prepared to betray them and sell them short for purely political reasons.”