Melissa Parke’s decision to stand aside at the next federal election poses some issues for the Labor Party in Fremantle. 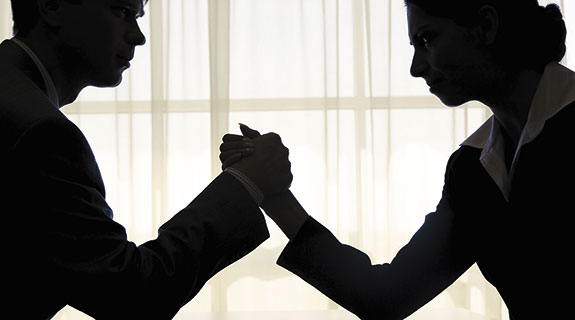 FACTIONS: There is no pre-ordained successor to Ms Parke among Labor ranks. Photo: iStockphoto/Shironosov

Melissa Parke’s decision to stand aside at the next federal election poses some issues for the Labor Party in Fremantle.

The surprise decision of federal Labor MP Melissa Parke to quit her Fremantle seat at the next election again shines the spotlight on the party’s preselection process, and whether it is serious about selecting mainstream candidates for safe seats.

After a certain amount of backing and filling late last year, the party endorsed lawyer Matt Keogh for the new marginal seat of Burt, following his strong showing in the Canning by-election. That sent a positive message to the electorate.

Now all eyes will be on Labor as it seeks a contender for a seat that has traditionally provided the federal party with a prominent frontbencher including, in one case, a prime minister in John Curtin.

The process does have some novelty value. There hasn’t been a genuinely open contest to select the party’s candidate in Fremantle for years. Rather, senior members of ‘influence’ have managed the replacement process.

This goes back to 1977, when former Whitlam government minister Kim Beazley senior decided to retire after then prime minister Malcolm Fraser called a snap election. Mr Beazley, a right winger, had held the seat for 32 years, and the Western Australian party’s left faction insiders feared that Kim junior might succeed him.

In a decision based purely on factional lines, John Dawkins (from Labor’s centre-left) was backed to edge out Beazley junior, also from the party’s right. Most recently ambassador to the US, he had to wait a further three years to enter the House of Representatives in the marginal seat of Swan, before moving to the safer seat of Brand.

By the time Mr Dawkins decided he’d had enough, in early 1994, he had risen to federal treasurer. In another managed endorsement transition, was succeeded by Australia’s first woman premier, Carmen Lawrence.

Mr Dawkins had sounded out Dr Lawrence – who by then was opposition leader in the WA parliament – before announcing his intention to quit.

“I did not want an idiot put in the seat,” he told me, and she polled strongly to win the resulting by-election.

Similarly when Dr Lawrence called time in 2007, Ms Parke had already been lined up to replace her. She’d been working with the United Nations as a lawyer, was considered great talent by a section of the party, and local hopefuls needn’t apply.

But now things are different in Fremantle, which Labor has held continuously since 1934. With a modest margin of 5.9 per cent, it is also the safest of the party’s three federal seats in WA.

This time there is no pre-ordained successor. However, the party’s left faction staked an early claim on the basis that Fremantle is a ‘left seat’, and that it had stepped back in favour of the right’s Mr Keogh for the Burt endorsement.

Fremantle’s deputy mayor, Josh Wilson, gained some early support. No doubt he had some prior knowledge of the approaching vacancy as he is also on Ms Parke’s staff.

Then there is the militant Maritime Union of Australia (MUA), which has been building its influence within Labor’s ranks. Union secretary Chris Cain told the ABC he had “always said Fremantle should be a Maritime Union seat, or associated with that seat”.

Mr Cain praised the credentials of MUA member Chris Brown, who is also president of Labor’s Fremantle branch, describing him as a very capable person.

The problem for Mr Cain and his union is that there is a view within Labor’s ranks, including in his own faction, that the endorsement of a member of the MUA would not be a good look, even in the sprawling Fremantle electorate, especially when it is considered that the party’s three WA senators are also former union officials.

And while Mr Wilson is the deputy mayor, the fact he is also a political staffer – which might be considered a plus by some – means he lacks the broad employment experience desirable for today’s MPs.

So the ball is in WA Labor’s court. Does it produce a candidate who can emulate former MPs like Kim Beazley senior and John Dawkins – let alone John Curtin – or leave it to a factional carve up? Voters are watching.