Labor cottons on to dam value

Ahead of its time or white elephant? Time might ultimately determine which is true for the Ord River Dam. 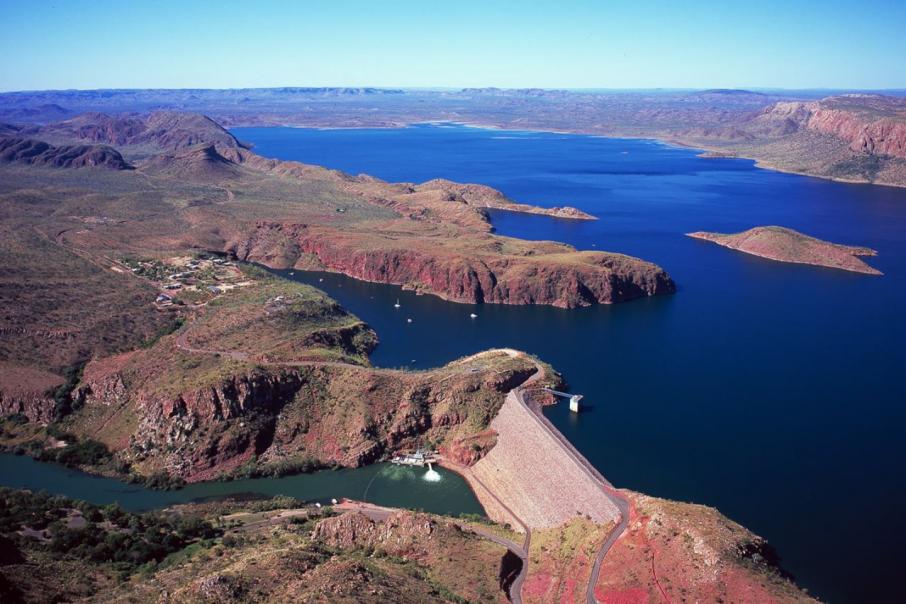 The ‘build it and they will come’ vision for the Ord River Dam, which created Lake Argyle, has not yet borne fruit, but at least it has a chance. Photo: Lake Argyle

I visited Lake Argyle as a young boy in the 1970s while on a road trip with my father.

I’m fairly sure it was the first time I became aware of the expression ‘white elephant’, a term used to refer to the huge cost of the Ord River Dam, which created Lake Argyle and the broader Ord River Irrigation Scheme it supplies.

It is hard to determine exactly what the construction of the irrigation scheme cost 50 years ago, but it is thought to have been in the order of $1 billion in today’s dollars, and possibly as much as $2 billion when you add more recent rounds of expansion funding and other ongoing costs over the decades.

Add to that further promises of government funding, with Premier Mark McGowan recently announcing $4 million to progress plans for a cotton processing facility in the state’s north. The proposed facility, expected to cost $30 million, would be the first major development of its kind since early steps to develop the industry failed in the 1970s.

At that time, and despite generous Commonwealth funding during the 1960s, the state government was forced take over two cotton gins, cancel debt owed by the Ord River District Co-operative, and pay out farmers.

Once operational, the proposed gin is expected to create more than 1,000 jobs within the first decade and generate $1.19 billion in cotton lint exports.

Disturbingly, Agriculture and Food Minister Alannah MacTiernan said the industry simply could not be sustainable without a locally based processing facility. Let’s all hope it works this time.

Reading to this point, I am sure you’d think I was cynical about the prospects for this project being financially viable (and you’d be right). But there’s a part of me that looks on the bright side.

Ever since the expansion of the Ord River project under former premier Colin Barnett and the engagement of the savvy title holders in the area – the Miriuwung Gajerrong people – the news from the north has been more positive.

In that sense we are seeing local people, including indigenous people, benefiting from the opportunities the Ord project offers.

But whatever the outcome of this latest effort, the real reason I am positive is because it is true that the north can’t be developed without effectively harnessing the seasonal deluge; and the way our world works now, no new dams will be built.

So, we should just count our lucky stars that this white elephant was constructed when it was, otherwise there would be no opportunity to consider such a move. It was, in effect, a $2 billion bet on the future.

Environmental views have changed so much in 50 years that what was once seen as obvious, such as shaping the natural world to suit us, is now viewed as destructive. You only need to look at discussion this century regarding syphoning off some of the Fitzroy River’s flow for seasonal storage to see that dams are no longer acceptable.

Much better if we already have one. Unlike statues of people we no longer respect, we are not pulling down infrastructure yet.

There is also a different landscape in terms of indigenous involvement in decision making. It is less graduated than the change in environmentalism. An increase in indigenous influence has not resulted in a uniform approach. Splits in Aboriginal voices around the proposed James Price Point LNG plant and with regard to various Pilbara mine developments show there are different opinions within local communities about development.

The reaction to Rio Tinto’s Juukan Gorge has radically changed the atmosphere in that regard.

I am way too far removed from Kununurra, both geographically and socially, to know how the Miriuwung Gajerrong people really feel about the Ord River Dam and Lake Argyle, but I do hope they are benefiting enough economically to ensure it remains an asset for a long time to come.

Who knows, the payback might just be worth it one day, both socially and economically.

Whatever the case, the lesson for those with vision is: build it today if you can because it will become much harder tomorrow.