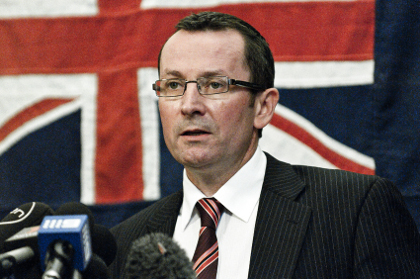 Newly-installed state Labor Leader Mark McGowan has confirmed the party will support the introduction of Sunday trading and will not revoke any approvals for uranium mines in Western Australia, in his first announcements at the helm.

Mr McGowan described the current retail trading precinct system as confusing, saying it should be scrapped and that Sunday trading should not have been used as a “political football”.

“Accordingly, Labor will vote for any Bill introduced into parliament that allowed for Sunday trading, subject to one condition,” Mr McGowan said.

“We would like to see all legislative mechanisms investigated to ensure that retail workers can choose whether or not they wish to work on a Sunday.

“If such legislative mechanisms are legally possible and reasonable, they should be included as part of the legislative package.

While Mr McGowan’s change of stance on Sunday shopping was expected in some circles, he also gave announced a significant uranium mining policy change, saying Labor would no longer seek to roll back any mining approvals or stop any operating mines.

Under Eric Ripper, Labor's policy was to revoke any uranium approvals or operating licences.

Mr McGowan, however, stopped short of providing full support for the industry.

He said any mines that have already gained approval would be permitted to open, operate and export uranium, but that Labor would not grant approval for any new uranium mines.

“We will launch a broad, sweeping inquiry into the uranium industry which will ensure the highest safety, monitoring and compliance standards are in place on any mine that is unfortunately under construction or approved,” Mr McGowan said.

“This change in policy direction will provide certainty to the mining industry and provides an assurance that Labor will not risk the state’s finances or investment opportunities.

“I also want to assure the public that if no mines are under construction or no mines have received approval to commence construction at the time of the next election, then there will be no uranium mines in WA under any government I lead.”