Air circulation in classrooms is emerging as a wildcard issue ahead of the upcoming federal election. 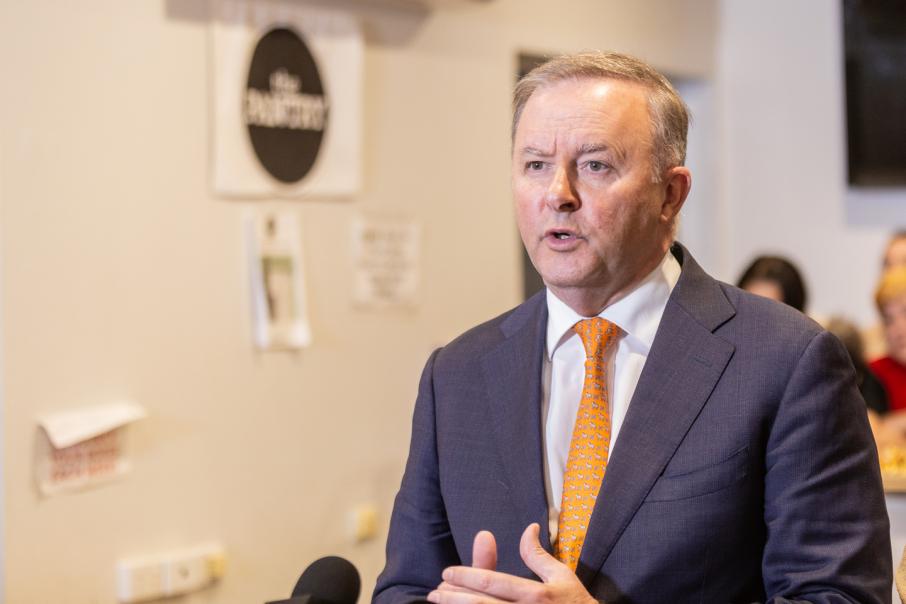 Anthony Albanese has The Lodge in his sights.

After three years as opposition leader, during which time he has sought to rebuild Labor after its shock loss at the 2019 federal election, the party veteran is in a strong position to end the coalition’s near-decade in power.

Take research from Roy Morgan published in late January, for instance, which found the coalition trailing Labor by a double-digit margin.

Crucially, that same survey found most Australians were unhappy with the country’s direction for the first time since the pollster asked respondents that question in 2019.

So bad had the situation become, she noted, that even isolated Western Australians had been affected by supply chain disruptions caused by surging case numbers.

“The good news is that the surge of cases has levelled off and appears set to decline in the next few weeks,” Ms Levine said.

“However, it will take longer still for damaged supply chains, and businesses, to return to normal and the recovery may be too late for the government to regain lost support in the run-up to the federal election due in the next few months.”

Mr Albanese has in recent months sought to leverage the federal government’s management of COVID-19 in his public appearances.

Just days after that research was released, for instance, he used a National Press Club address to assail Prime Minister Scott Morrison repeatedly for his response to rising Omicron infections.

Perhaps of more note was his decision to quietly announce that Labour would commit $440 million to public schools over the next two years for the purpose of addressing COVID-19’s impact on schoolchildren’s learning and mental health.

Central to that plan is a $50 million school upgrade fund, which will specifically pick up the cost of improving airflow in schools and constructing outdoor classrooms.

“Parents know what a big toll COVID is taking on our kids,” Mr Albanese said.

“Labor’s plan is exactly what they need to help them bounce back, at school, and in life.”

Responses to that policy have so far been as expected, with the Australian Education Union hailing improved safety as a result of better ventilation, and Education Minister Stuart Robert bashing it while at the same touting the federal government’s agreement with state governments to fund the cost of procuring rapid antigen tests for schools ahead of term one.

Not that improving ventilation is a political matter, per se.

Andrew Miller, former president of the state branch of the Australian Medical Association, has in recent months endorsed improved ventilation in enclosed spaces to limit COVID-19 infections, specifically with the use of HEPA air purifiers and carbon monoxide monitors.

Students in WA will benefit from these interventions this year, with the state government having already committed to place 12,000 HEPA air purifiers into classrooms where required.

Elsewhere, air circulation in classrooms has been a concern in Victoria since at least September last year, when that state’s government committed $190 million for the rollout of air purifiers and carbon monoxide monitors across public schools.

Even states that have not committed to improved ventilation systems, such as South Australia, have at least taken steps to expand outdoor learning, despite deeming air purifiers to be an ineffective way of suppressing infections.

And while the federal government has thus far declined to back efforts to ventilate classrooms, private schools, which have historically received federal funding at a greater rate than they have from state governments, may yet prove a pinch point as case numbers continue to rise.

Recently released national survey data from education payment provider Edstart showed average fee increases of 2.8 per cent across private schools in WA this year (up from about 0.4 per cent in 2021), which company chief executive Jack Stevens attributed to the budgetary impact of managing COVID-19.

“More than half of our Edstart partner schools have indicated to us that the costs of these future-proofing initiatives are having the most significant impact on their budget,” Mr Stevens said.