Labels not fixed in modern politics

Labels used to describe our nation’s political tribes are misleading if those considered ‘progressive’ favour the status quo in terms of state-owned utilities and employment conditions. 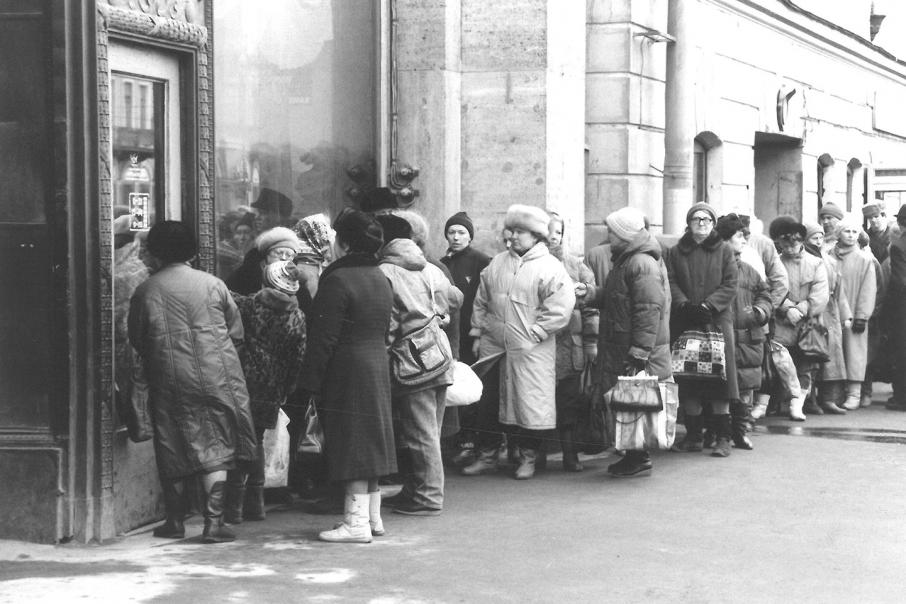 SHOP TALK: Residents of St Petersburg queue at a grocery store in 1993, before Russian economic reform had taken place.

Labels used to describe our nation’s political tribes are misleading if those considered ‘progressive’ favour the status quo in terms of state-owned utilities and employment conditions.

Labels always annoy me, especially when the English language is tortured in the process of using them.

With an election looming, two words are being abused more than any others in a way that I find annoying.

‘Progressive’ and ‘conservative’ are used a lot these days to label candidates, policies and political parties.

They have started to replace the words left and right, which were less descriptive when it came to political demarcation.

Being on the left or the right, with variations from the centre, provided a basic guide to a political position. Progressive and conservative are much more descriptive words – the former is positive, the latter more pejorative.

Progress is something that, historically, has helped humanity. Conservatism is typically portrayed as a stick-in-the-mud or head-in-the-sand attachment to the old ways of doing things.

To portray the left as progressive and right as conservative on all issues is simply inaccurate.

On societal matters, political conservatives in Australia are more broadly understood to favour the status quo in a host of hotly debated subjects.

On some economic matters, however, the word ‘conservative’ and all its negative connotations could be better applied to those on the left, who, ironically, proclaim themselves as progressive.

The union movement is one example.

To think that unions should be de facto rulers of the country, and that workers should be paid according to some prescriptive set of rules that amount to thousands of pages of regulations is anachronistic.

How is this progress? Surely, it is progress to move beyond the 19th century view that capital enslaved labour, the far longer tradition that cartels called guilds control the supply of trades, or the post-Depression era acceptance that state ownership of key utilities provides security.

All of these things had their time and place. Rightly or wrongly they evolved with society and, in many cases, they were truly associated with progress. But progress doesn’t stop; to suggest that workers today are at the disadvantage that they were 150 years ago is absurd.

Of course, unions played a huge part in that change, but as membership of those organisations has dropped well below 20 per cent of the workforce, their relevance to many workers increasingly appears to be a hindrance to employment and better earnings, rather than a benefit.

Similarly, asset ownership by the state ought to be due to necessity rather than to ensure the protection of outdated work practices and subsidies to certain sections of the community. That isn’t progress.

I hear so often ignorant rants about poor privatisations of the past. On the east coast, privatised power is much cheaper than the state-owned version here.

Our gas network was privatised; you really can’t complain about gas prices. Our national airline was privatised; does anyone really believe air travel would be better if Qantas was still owned by the federal government? For all the negativity about our banks, a huge part of the population would not have obtained a home or small business loan if the Commonwealth Bank were still in state hands.

And Telstra? I agree the privatisation was handled poorly when successive governments sought to maximise returns and dampen political fallout with partial sell-offs of a retained monopoly. No-one can suggest that did not hold the country back in terms of infrastructure development. However, Australia is now a leading nation, if not the leading nation, in mobile technology usage.

Could that have been possible if Telecom still existed? We’d still be using analogue rotary dial telephones.

I visited the Soviet Union in 1993 as it fell apart after three quarters of a century of communist control. I don’t have to imagine what it was like to shop in state-owned stores, use the state-built infrastructure or travel on state-controlled trains – it was appalling. Only a backpacker travelling without an itinerary could contemplate visiting such a place.

Privatisation, no matter how corruptly done in Russia and its former satellite states, was still better than what I encountered there. Done well, privatisation frees-up state capital to spend in areas where it really is needed.

The art of good government and, as a natural complement, good policy, is to know when the state should interfere and when it should let go.

That’s real progress, and conservatives ought to get better at delivering it.