The resources sector will struggle to find enough skilled workers to drive production on the LNG plants expected to come on-stream in the next few years. 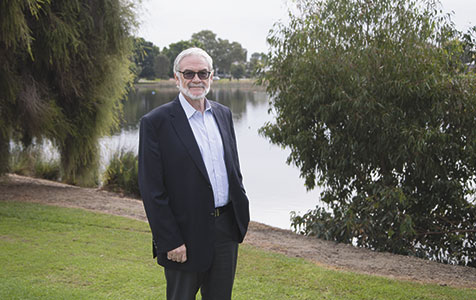 The resources sector will struggle to find enough skilled workers to drive production on the LNG plants expected to come on-stream in the next few years.

A worker shortfall might be the last thing many would expect as Western Australia slides off the peak of the construction boom, but the shift to operations comes with its own problems, or opportunities if you are on the labour side of the supply equation.

Oil and gas majors preparing to commission new LNG plants with huge additional capacity, for instance, are bracing for an acute shortage of the skills and experience they need to run these specialised processes.

The industry and government are attempting to up-skill the local workforce in time for the rush that will occur as LNG plants come on stream over the next three to four years across the North West, Darwin and Queensland. But the view is that the industry will have to turn to offshore workers to fill demand, even if other parts of the resources sector are in the doldrums.

One answer is greater collaboration across the industry in order to improve productivity and use resources available more efficiently, rather than starting another damaging bidding war.

An EY survey of more than 100 companies including operators, contractors and suppliers found the intense pressure to lift productivity had resulted in companies actively seeking advice, even from their competitors.

Mr Spence, who holds a number of board positions, including with Clough and Oil Search, said there was a catch-22 situation whereby too few LNG plants were operating to provide onsite training for the skilled workforce required in the next few years.

“If you haven’t built it, you can’t train them on the job,” he said.

There are only three LNG plants operating in Australia – the joint venture North West Shelf in Karratha, ConocoPhillips’ Bayu Undan plant in Darwin, and Woodside Petroleum’s Pluto plant, near Karratha.

Australia is currently the third largest LNG exporter, but a spate of new projects under construction could push it to the world’s top exporter if it can remain price competitive.

This has spurred an urgent need for more skilled operations and maintenance workers, most notably LNG process operators, a job that requires up to five years of training and on-the-job experience.

A recent report from the Australian Workforce and Productivity Agency said between 1,500 and 3,000 LNG process operators would be needed over the next 10 years, a figure some say is likely to rise even further.

“We’re going to bring that up by a factor of 1,700 per cent and you think ‘ok, well where am I going to get the supervisors, the experience’, it’s a really big issue,” he said.

Mr Spence said training centres, including Munster-based ACEPT, were working with oil and gas companies, but were hampered by a lack of working LNG plants where trainees could get hands-on experience.

“Simulators only go partway,” he said.

“The trouble is we’re building 16 (LNG) trains in the space of three or four years, so it’s just this wave coming at you.

“People have responded, we have a lot of people in training, but in a way it’s a bit too late.

Mr Spence said while some had accused companies of being short-sighted and too willing to turn to overseas workers, there was a range of factors affecting the growth of Australia’s oil and gas workforce.

Mr Spence said although hundreds of workers had been affected by the closure of a number of oil refineries across Australia, only a handful had relocated to LNG plants.

“People in refineries are eminently qualified to run an LNG plant, they are people who companies would be targeting, but they are very reluctant to move,” he said.

Federal support has also waned, with former prime minister Kevin Rudd’s planned Oil & Gas Innovation Partnership to be headquartered in Perth criticised in the Commission of Audit and marked for the scrapheap in the federal budget.

The federal budget has also called to axe AWPA, which in a recent report made six recommendations to ensure the resources sector workforce meets future demand, with greater collaboration between companies and education providers high on the agenda.

On the flipside, state support has increased with the Barnett government’s recent budget announcement of an additional $15 million to build an engineering training centre at ACEPT and $7.8 million for an electrical instrumentation centre in Karratha.

ACEPT has also been promised in-kind donations from oil and gas producers; and once the new engineering centre is complete it expects student numbers to double from 900 to 1,800.

It operates two to three shifts of classes a day and is open six days a week to accommodate as many students as possible.

ACEPT has partnered with Shell to jointly develop the customised floating LNG curriculum and train workers for Prelude, due to be the world’s first FLNG project.

The traditionally competitive resources sector may be undergoing something of a cultural shift as well, with companies that have traditionally battled fiercely for a small pool of qualified staff – often head-hunting from their peers – now showing a willingness to work together.

The Chamber of Commerce and Industry WA’s Energy Apprenticeships Group has been talking with the major oil and gas operators to encourage sharing facilities.

National customer relations manager Pat Tierney said companies with LNG plants were in early stage negotiations with companies yet to build theirs, to give their trainees experience on a working plant.

EY Oceania advisory leader in oil and gas, Bradley Farrell, said companies were looking to others to see what they should be doing.

“There is a real eagerness to understand how other people are achieving productivity and how the lessons learned from those other companies can be drawn into a person’s day-to-day work,” Mr Farrell said.

“People want to achieve success themselves and they’re really keen to learn from others, whether it’s a peer organisation or whether it be from someone else in the value chain.”

However, Mr Spence said despite productivity and labour costs being put front and centre at the recent Australian Petroleum Production and Exploration Association conference held in Perth, companies were also responsible for pushing wages up.

“The frustrating thing for me is companies compete. And (a workforce) is not something you should be competing on,” he said.

However, Mr Spence said major producers were cooperating with training centres such as ACEPT and the Northern Australian Centre for Oil and Gas (NACOG) to help secure a new workforce.

“They’ve got a memorandum of understanding between them, they’re sharing curriculum, they’re sharing facilities and trainers to make things work better, but ideally this should have all happened four years ago,” he said.

“We’re going some ways towards (the industry collaborating) now, probably driven by the crisis more than anything else,” he said.

Deloitte national oil and gas leader Mike Lynn said companies would eventually have to work with those they traditionally viewed as competitors to ensure the industry could produce a globally attractive product.

“Where the collaboration value proposition exists for people within organisations that are traditionally seeing others as competitors, is that we move along the productivity curve quicker if we allow like-minded individuals that want to be on top of their game access to people in similar situations,” Mr Lynn said.

He said because Australia’s LNG production was also competing with Qatar and the US, remaining price competitive meant the Australian oil and gas sector was also likely to move towards an open talent economy.

He said opportunities existed for skilled workers to be more entrepreneurial.

“Why should we duplicate skill sets, when actually from a collaborative perspective we could set up LNG shut downs on a sequential basis so individuals with those skill sets can sit in a contracting business that all the operators invest or support,” Mr Lynn said

“Then it allows everyone to benefit from their expertise rather than trying to train up six different people to be experts.”

He said companies were approaching the idea of working with their peers with a tentative ‘one foot in, one foot out’ mentality.

“I think that there’s general awareness that collaboration’s important but I don’t believe that as a sector we’ve quite understood yet the ramifications if we don’t,” Mr Lynn said.

“That is, we all lose because the disruption that we’re about to face from global competitors is going to be significant.”