WA’s dominance of the Asia-Pacific’s liquefied natural gas industry will be challenged as rival ventures march ahead.

SEVEN giant LNG ventures in the Australasian region are targeting a final investment decision by the end of next year, but it is not possible for all of them to proceed.

Chevron's massive Gorgon project on Barrow Island is considered almost certain to get the formal go-ahead in the next few months, but the industry is unsure which other projects will join it in development.

Delegates at the Australian Petroleum Production & Exploration Association's annual conference in Darwin last week heard from nearly all of the project proponents.

The front-runners appear to be Exxon Mobil's PNG project in Papua New Guinea, Inpex Browse's Ichthys project in Darwin, and one of the coal-seam gas based projects in Queensland.

Progress on these projects indicates toughening competition for engineering and construction resources available for the WA ventures.

Japan's Inpex is on track to a final go-ahead next year for the $US20 billion Ichthys project and doesn't expect the deterioration in the LNG demand outlook or the global financial crisis to alter the schedule, Inpex Browse managing director Seiya Ito told the conference.

The project, which Inpex and partner Total relocated to Darwin last year from an original proposal on the Maret Islands, off the Kimberley coast, has "flown the roost" from WA, Northern Territory Chief Minister Paul Henderson said.

Santos, while admitting that marketing LNG is tougher now than a year ago, remains confident of signing up customers in the next months for its Gladstone LNG project, allowing a final investment decision in the first half of 2009.

The company is relying on the extremely strong LNG demand outlook for 2013 and beyond, when the plant is due to start shipments, which contrasts to the current weakness, CEO David Knox said.

BG last month signed up China National Offshore Oil Corp to take fuel from its Queensland Curtis venture, adding to supply commitments for Singapore and Chile and making that project the first of the coal-seam gas-based ventures in the state to sell out its initial capacity.

ExxonMobil's PNG project, which has so far secured one Asian customer, this month committed to early construction works for the $US12.5 billion development, to a joint venture that includes Clough.

Clearly not all the proposed east coast plants will get built, with FACTS Global Energy CEO Fereidun Fesharaki providing one of the most downbeat forecasts at the conference, suggesting that maybe one or two of the Queensland proposals would go ahead, and slowly at that.

"The idea that we will have 30 million tonnes of LNG from coal-seam gas is a preposterous concept," Dr Fesharaki said.

Still, signs that Shell's plans for a Gladstone project are taking shape illustrate the lure of Queensland as a future export site, potentially in a faster timeframe than a Kimberley LNG hub in WA.

The Queensland government is understood to be close to declaring the Shell Australia LNG project on Curtis Island, which may have up to four LNG trains, as "significant".

Shell is also still working on a floating LNG development for the Prelude field in the Browse Basin, off the Kimberley coast, and said it was evaluating bids from three consortia to design and build the vessel, while working on permitting.

Progress made by the Gorgon, PNG, and Queensland Curtis ventures make those three projects the most likely to get the final go-ahead for construction in the next 12 months, adding more than 28mt a year of capacity, said Richard Quin, senior Australasian research analyst at Wood Mackenzie.

The expansions will require more than $US60 billion of capital investment and will more than double Australasia's current LNG capacity to more than 50mt a year by 2017, he said.

More than 15,000 jobs will be created during construction of the three front-running projects, Wood Mackenzie estimates, including about 10,000 estimated by ACIL Tasman at Gorgon alone.

Clough's success in securing work in PNG, together with an award to a WorleyParsons venture for support services for the Exxon project, show the spin-offs from non-WA projects will also reach local companies.

Woodside CEO Don Voelte told the conference that Gorgon, set to be the country's biggest single investment project, has been factored into his development plans since the start of 2008 and wouldn't impact on its contractors and workforce as they completed construction of the $A12 billion Pluto LNG project and work towards two further processing trains.

While Woodside continues negotiations with rival resource owners to secure gas for Pluto 2, Chevron is striding ahead with directly competing plans for its Wheatstone project, which will follow 20 to 24 months behind Gorgon, according to Geoff Strong, the US company's general manager for the project.

Chevron is targeting a commitment in the second half of the year to start front-end engineering and design, leading to a final investment decision in 2011.

Chevron Australia managing director Roy Krzywosinski told the conference the new WA gas hub at Ashburton North, which will host the Wheatstone onshore plant, will unlock the potential of fields in the West Carnarvon Basin, estimated to hold 25-35 trillion cubic feet of discovered and yet-to-be-discovered gas.

He dismissed calls by Mr Voelte to avoid a sub-optimal development of greenfield LNG sites in the Pilbara by focusing on the (Woodside-operated) sites at Karratha, both existing and under construction, that offer potential for expansion.

"You've got to look at both the shorter-term tactical perspective as well as the longer-term strategic perspective," Mr Krzywosinski said.

"The way we look at Wheatstone, it's a winner, what we're doing. The fact is we have the gas."

Chevron's most aggressive offshore drilling campaign ever in Australia, involving up to 10 wells this year with two deepwater drill rigs, is expected to add more resources.

Gorgon and Wheatstone, which Chevron calls the aces in its portfolio, are set to boost gas supplies into the WA domestic market. The company last month invited initial bids from WA users for up to 150 terajoules a day of Gorgon gas starting in 2015, an amount that can be modified depending on the response. Wheatstone is set to produce another 200 terajoules a day of domestic gas, alongside over 8mt a year of export LNG.

Labor and skills demands from competing developments pose a potential risk for Chevron's projects, but a manageable one, according to Mr Krzywosinski.

"I don't think that's going to be an ultimate barrier to development," he said.

As for the Kimberley LNG hub, Mr Voelte could claim little evidence of progress in persuading his venture partners to share Woodside's conviction that the site at James Price Point represents the best option for the onshore development.

Yet as Mr Krzywosinski urged a thorough analysis of both the Kimberley and Karratha options for the Browse Basin development, Mr Voelte suggested the government may intervene to help drive a cooperative solution that would lead to multiple LNG trains at the site, potentially including one supplied by the Karoon Gas/ConocoPhillips Poseidon discovery. 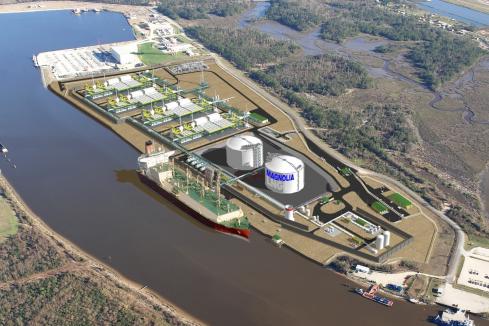 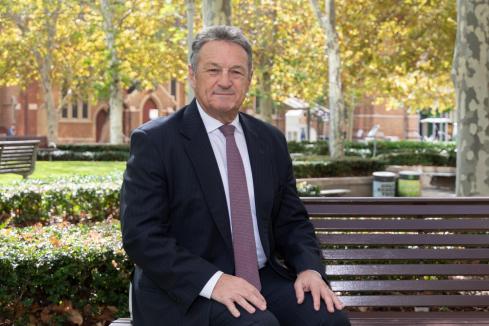