WA is expected to be the world's second-largest LNG exporter by 2020. 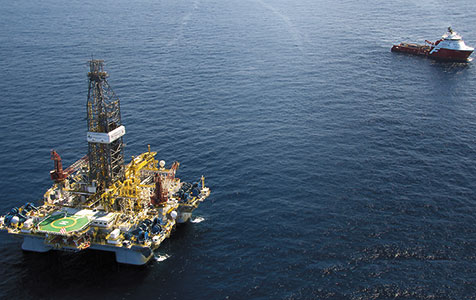 Oil and gas industry pundits are tipping Australia to become the world’s major exporter of liquefied natural gas by 2018, with Western Australia’s contribution to that total becoming increasingly important.

This figure is set to escalate rapidly over the next five years as new projects across Australia’s western, northern and eastern coasts kick into gear.

Almost 60 per cent of Australia’s total predicted LNG exports for 2020 is due to come from WA.

The tonnages are so large that, if WA were its own country, exports by 2020 would make it the world’s second-largest supplier behind Qatar.

“By the end of this decade, LNG exports will be worth almost $65 billion a year to the Australian economy and will generate almost $13 billion in annual taxes,” Mr Byers said.

This has renewed industry calls to improve productivity and reform labour costs, the two sticking points which have dominated discussions about whether Australia can compete against other country’s lower cost bases.

In the face of growing global competition, WA has also been grappling with the impacts of LNG projects seeking floating solutions, which cut producers’ costs, but also negatively hit the state economy (see page 14).

“A high-cost local environment and the emergence of new LNG competitors in east Africa and North America will make it much harder to win market share and attract investment in the future,” Mr Byers said.

“Further investment hangs in the balance.”

Mr Byers said for the nation to reach its full export potential, it must address the high cost of construction and doing business in Australia by boosting productivity (see page 17).

The most recent figures in WA show total oil and gas sales from the 2013-14 financial year were worth $26.5 billion, up 9 per cent on the previous year.

This increase is largely due to greater LNG sales, which rose by more than $1.9 billion, to $14.4 billion.

This made it the most valuable petroleum product in the state last financial year and the second most valuable commodity after iron ore, which brought in $73.7 billion.

Production of crude oil, the state’s second most valuable petroleum product in 2013-14, fell by 4 per cent to 46 million barrels worth $5.7 billion.

Crude oil and condensate make up the state’s third most valuable commodity, worth $9.8 billion.

Sales of condensate increased to $4 billion, despite output falling 9 per cent to 35MMbbl.

The Department of Mines and Petroleum has predicted crude oil will continue its downward trend as fields mature, but a major oil find by US giant Apache Corporation and Western Australian explorers Carnarvon Petroleum and Finder Exploration could turn this around (see Local oil explorers take a punt at 20%).

Apache Corporation is looking to offload all of its WA assets, including a 13 per cent stake in Chevron’s Wheatstone LNG project.

It also has a 65 per cent interest in the Julimar gas fields that feed into Wheatstone, several joint venture gas developments with Santos, and tenements with significant oil discoveries in the Canning Basin.

Earlier this month, Apache chairman and chief executive Steve Farris said that, due to the company’s transition to refocus on North American operations, it was considering selling international assets either through spin-outs or strategic transactions.

Apache’s stake in Chevron alone is estimated to be worth $2.4 billion, with total assets potentially worth up to $3 billion.

This has led to speculation Apache could spin-out its WA assets into a separate entity and the possibility of an initial public offering.

While several international companies have been mooted as potential buyers, Perth-based Woodside Petroleum and (to a lesser extent) Santos and have been named as potential interested local buyers.

However, it is believed Santos has concerns over the level of exposure it wants to take on in WA’s domestic gas market and is not understood to be interested in Apache’s oil assets.

Litigation between Apache and Santos relating to gas joint ventures in the Canning Basin could also affect the planned sale.

While shale and tight gas in the US has become a booming multi-billion dollar industry, unconventional plays in WA are still in very early stage development.

Only six shale and tight gas wells have been drilled in WA’s Canning and Perth basins since 2005, with no commercially running flows occurring from any of these.

Shale or tight gas resources require hydraulic fracturing of rock formations two to five kilometres underground, making it much deeper and harder to extract than conventional oil and gas reserves.

Operators exploring for unconventional resources in WA include Buru Energy, New Standard Energy, Hess and Mitsubishi in the Canning Basin, and AWE, Key Petroleum, and Norwest Energy in the Perth Basin.

The Department of Mines and Petroleum believes commercial unconventional production is still up to 10 years away.

This is because Australia has significantly less experience and higher costs due to a lack of available equipment and infrastructure compared with the US.

After 25 years of unconventional development the US now has about 18,000 drill rigs capable of drilling to shale and tight gas compared with about 12 in Australia. In addition, the US has experienced staff and access to nearby pipeline and road infrastructure.

By contrast, when New Standard Energy needed access to its exploration sites in the Canning Basin it had to build a $7 million, 640-kilometre road from the Great Northern Highway to its drilling site.

AWE will focus on quickly bringing into production 360 billion cubic feet of gas from its Senecio and Waitsia fields in the north Perth basin using existing infrastructure nearby, before determining whether it can extract up to 1.17 trillion cubic feet.