Could the state government solve the political headache created by the freight congestion at Fremantle, set up the state’s future as significant trading hub, and make a big profit on privatisation all at the same time? One local infrastructure expert certainly thinks so. 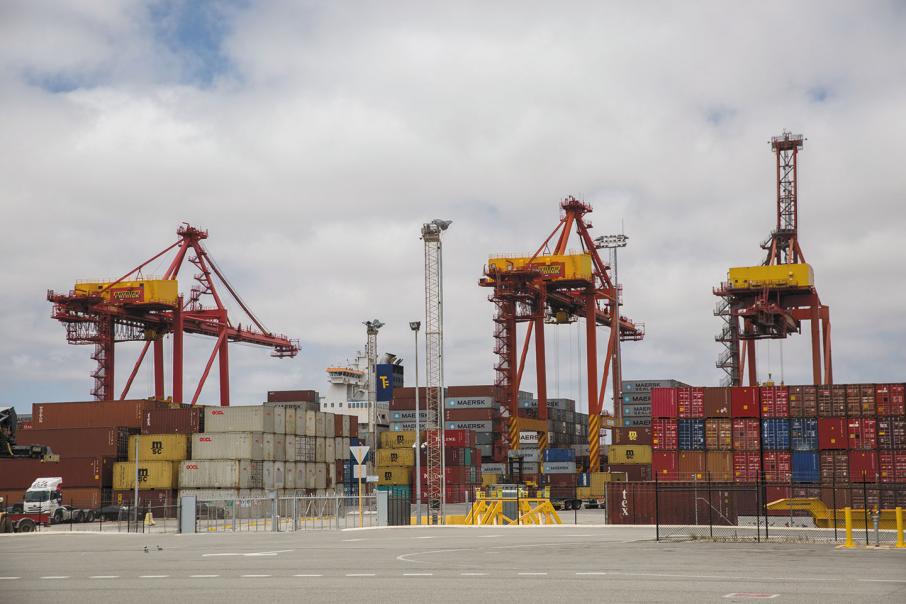 Could the state government solve the political headache created by the freight congestion at Fremantle, set up the state’s future as significant trading hub, and make a big profit on privatisation all at the same time?

Mainsheet Capital director Cameron Edwards this month outlined a business case to go forward with relocating Perth’s major port to Cockburn Sound, ending up to two decades of procrastination on this development.

Mr Edwards said he had pulled together proposals for various unnamed clients in recent years, but had been able to go public with much of the previously confidential underlying data that supported the idea of creating a more efficient port for the state’s south, one that could comfortably compete with east coast hubs.

He outlined his proposal to the Rockingham Kwinana Chamber of Commerce earlier this month, talking to business people who have as much as anyone to gain from the concept.

Parts of his case are also evident in a recently released paper entitled ‘Better Urban Infrastructure – A Freight Plan for Perth’, which was co-authored by HASSELL principal Chris Melsom, City of Canning director of economic development Mike Mouritz, and Curtin University professor of sustainability Peter Newman.

Mr Edwards said Western Australia had been fortunate the state government’s political partner, the Nationals WA, had blocked the sale of Fremantle Ports because any buyer under the existing arrangement would have little incentive to develop the outer harbour.

Instead, he believes the state is now well placed to change tack and sell the existing harbours, logistics hub and industrial park in one package, preferably as some form of IPO in order to allow smaller, more local investors an opportunity to benefit from the development.

Mr Edwards made it clear he believed the land value around Kwinana boosted by a new main port was the key to WA extracting value from a port privatisation.

If the IPO involved a partial sale, such as that proposed for Western Power, it would allow Western Australians to directly benefit most from the development’s upside – the sale of land at both Fremantle and Kwinana.

“The longer they stay in, the better returns to government will be,” Mr Edwards told Business News.

Such a sale would require the new owner to move ahead with the outer harbour, allowing them to profit from the sale of parts of the existing inner harbour dockyards at value reflecting its proximity to urban density, as well industrial land around Kwinana that would be worth considerably more as part of a major development.

Mr Edwards said there were up to 4,000 hectares of crown land strategically located around the outer harbour at Kwinana and surrounding districts, of which only part would be needed to create the value for a port developer.

On current pricing, he said, much of this land was worth less than $200 per square metre, whereas the Australian Marine Complex allotments were worth closer to $400/sqm and Fremantle dockland was more than $900/sqm, based on dividing the state government’s $2 billion price tag for the existing port by its 220-hectare land area.

By just adding about $200/sqm to the price of 1,000ha of Kwinana land (see graphic) the state government would generate an additional $2 billion, or $4 billion for 2,000ha, and still leave enough value for a buyer to fund the port development. 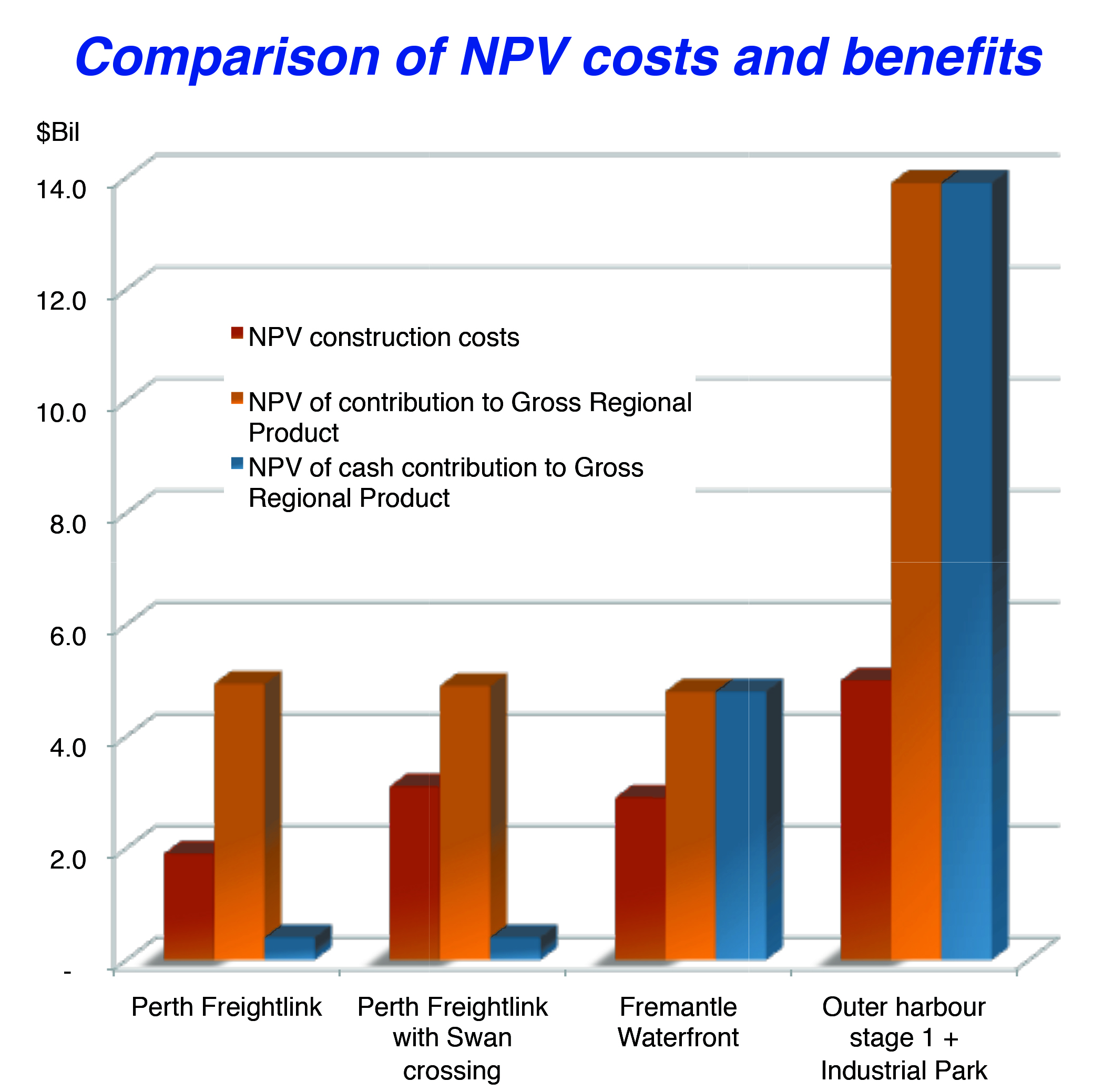 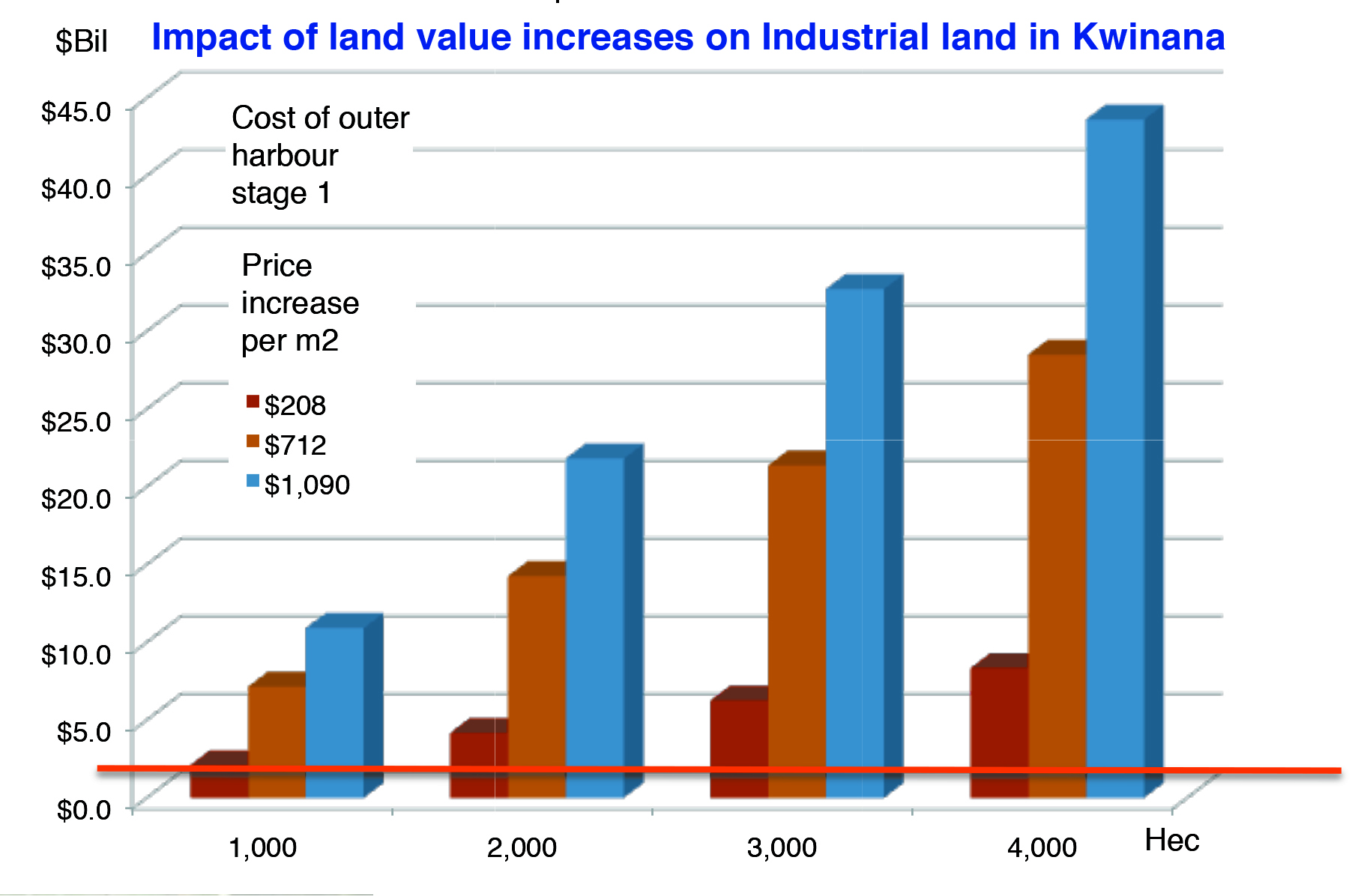 Mr Edwards believes a new and efficient outer harbour, allowing much bigger ships to berth, would compete as a freight hub by offering a quicker time to deliver goods to the east coast, establishing the potential for new industries in the area that would also benefit from cheaper handling costs for their imports and exports.

While the costs are much greater than the Perth Freight Link option currently being pursued, they would be borne by private operators. As the top graphic shows, the outlay will have a much bigger benefit to the state.

Many of these proposals are at odds with the established view, however.

Mr Affleck said the outer harbour was never intended as anything more than an overflow option, that developing it now would be an expensive duplication of existing infrastructure, and that Perth’s ability to form the western end of a land bridge to the east was an “age-old illusion”. 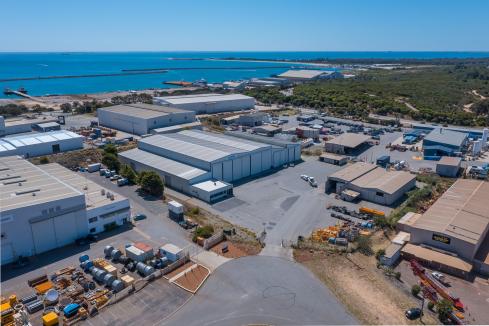