Developers say the extension of a buffer around industrial areas near Kwinana has the potential to set a dangerous precedent over the erosion of the rights to develop land. 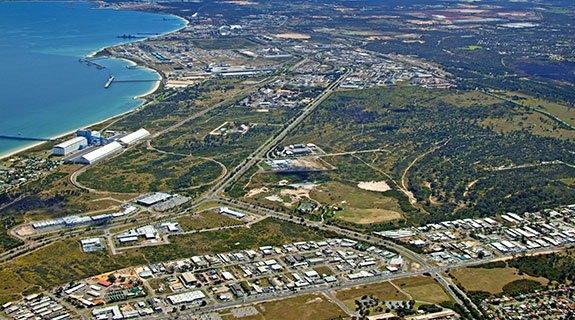 Developers say the extension of a buffer around industrial areas near Kwinana has the potential to set a dangerous precedent over the erosion of the rights to develop land.

Late last month, the state government called for input on its plans to extend a protection area around the Western Trade Coast – a conglomeration of the Kwinana Industrial Area, the Rockingham Industry Zone, Latitude 32 and the Australian Marine Complex.

That encroachment is of concern to Qube Property Group managing director Mark Hector, who said he believed the company’s rights as a landowner were being eroded.

Mr Hector said Qube bought 147 hectares of land – two parcels in Hammond Park and another in Mandogalup – in 2006 and 2004, respectively, on the basis that all planning documents since the 1980s had identified it as suitable for future residential uses.

The issue with the Hammond Park land is that the closest block flagged for development is within 1.3km of Alcoa’s bauxite tailings facilities, where residue from the manufacture of alumina is dried.

“We would never have made the acquisitions if there was a buffer in place,” Mr Hector said.

“Soon after acquisition of the land, it was rezoned to urban and then the buffer was introduced some two years thereafter.”

Mr Hector provided Business News with documentation from Alcoa, which showed it had announced in 2004 plans to shut down the eastern-most residue storage operations by this year and rehabilitate the area.

Qube lodged a subdivision application for the Hammond Park land in 2009, which was approved by the City of Cockburn but rejected in 2010 by the Western Australian Planning Commission.

Mr Hector said the WAPC’s Kwinana Buffer Review Committee’s recommendation to extend the protection zone from 1km to 1.5km had been the reasoning behind the rejection, despite little to no consultation with landowners.

Mr Oughton, however, maintained there was consultation with the stakeholders in 2007, when landowners, including representatives from Satterley and Qube, made submissions to the buffer review committee.

Qube then took its battle to the State Administrative Tribunal, which ruled that the model buffer review committee used to determine the extension, commissioned by Alcoa of Australia, was heavily flawed.

Mr Hector said the tribunal directed Qube to undertake its own monitoring of the land, over a period of 13 months.

He said the monitoring , which was approved by the Department of Health, Department of Environment Regulation and the WAPC, showed no issues with dust on any of its Hammond Park landholdings.

“Each quarter we provided a comprehensive report and at the end of the 13-month period the departments on review of the full report concluded there were no issues whatsoever – the monitoring had met all required standards,” Mr Hector said.

He said Qube had applied to the Supreme Court of Western Australia for a judicial review, a matter that was still being considered.

“The whole matter rests on the propensity for the erosion of property rights, and biased protection of an industrial operator 1.3 kilometres away,” Mr Hector said.

Satterley Property Group chief executive Nigel Satterley said his company’s land was also affected by the buffer, but would not comment further than saying he would make a submission ahead of the December 4 deadline for public submissions.

Urban Development Institute of Australia WA chief executive Debra Goostrey said she was concerned over the potential precedent set by the extension of the buffer.

“Both the SAT and the Environment and Public Affairs Committee Inquiry agreed that the buffer was applied … without due regard to the policy framework for buffers as the changes were not advertised and the affected landowners were not consulted,” Ms Goostrey said.

“The rush to legislation, in spite of all the scientific evidence available, can only be seen as adding to the risk of investment in this state.” 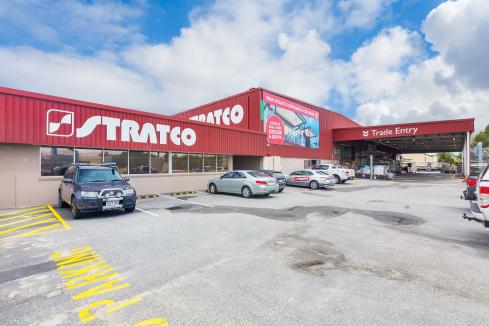