The state’s trucking and logistics sector’s consolidation has continued after a busy 2015. 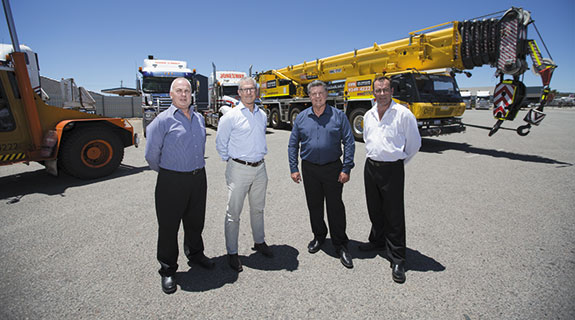 The state’s trucking and logistics sector’s consolidation has continued after a busy 2015.

Former investment banker Craig Smith-Gander has made his first big acquisition after a decade in the trucking and logistics sector, adding Jonesway Transport to the Kwik Cranes business (Kwik Transport & Crane Hire) he has owned since 2005.

The purchase, the latest in the sector, was settled this week for an undisclosed sum and will add between $8 million and $9 million to Kwik’s $20 million annual turnover.

It is one of a handful of deals in the sector over the past year, the most recent being Goldstar Transport’s purchase of MJ & CM West Transport Services in November 2015 (see more below).

Jonesway, a heavy haulage group specialising in transportable and modular housing, has existed in one form or another since the 1950s, when it began life as a tow truck business. Its owner, Steve Jones, will remain a consultant to the business for 12 months as part of the sale. 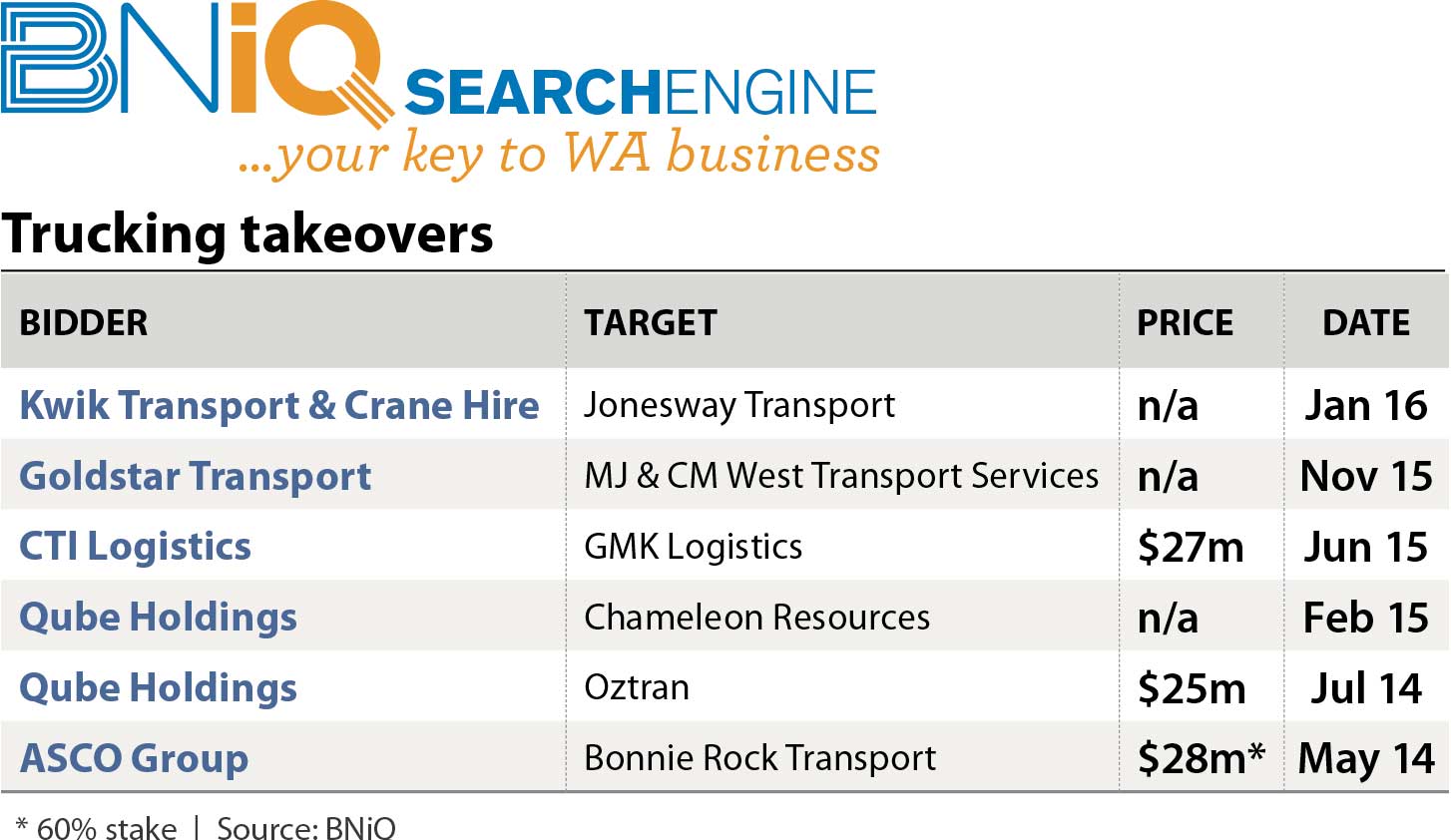 Ranked 20th in the Business News BNiQ search engine’s Trucking & Logistics list, Kwik Cranes is a major player in residential and commercial construction and dominates the market in pool installations.

Among the synergies derived from the deal, Kwik will relocate its Malaga headquarters and its Bibra Lake operations to the Jonesway address in High Wycombe.

The combined operation will be under the management of Kwik managing director Peter Robinson.

Mr Smith-Gander said the business still had significant business in the state’s north-west despite the resources downturn, but the end of the mining boom had made pricing in the sector more attractive after looking at various deals for several years.

“I have always been acquisitive by nature,” he said.

“I have looked at lots of businesses in the 10 years I have owned Kwik and this is the first one I have gone through and finalised.”

Mr Smith-Gander said the current market was more opportunistic. He said buying a good business in a tough market meant the pricing was more realistic than in the boom, making the acquisition sustainable through the downturn.

“If you try to buy when things are flogging along, people put big multiples on them and that is what gets people into trouble,” he said.

“The market might not turn for a couple of years but there is enough around; even in a downturn things still happen.”

Jonesway has about 25 staff, boosting Kwik’s overall employment base by 25 per cent. The group’s combined employment base is about 170 if long-term contractors are included, ranking the group at 17th on the BNiQ Trucking & Logistics list. The transport business has a fleet of prime movers and about 60 trailers of various formats.

The Jonesway acquisition adds to a string of deals in the state’s trucking and logistics sector in response to the tough trading conditions.

Listed companies such as McAleese Group and K&S Corporation have highlighted the pressure facing the sector.

McAleese has incurred big losses and been forced to drastically restructure its operations because of its heavy exposure to iron ore miner Atlas Iron.

K&S expects to stay in the black, but recently foreshadowed a 75 per cent fall in net profit for the half-year to December.

K&S managing director Paul Sarant said its WA subsidiary, Regal Transport, had experienced a material softening of its market because of the continued slowing in the resources sector.

“As a result, the WA transport sector has significant spare capacity, which has also placed strong competitive pressure on pricing,” Mr Sarant said.

These market trends have forced some businesses to the brink, allowing competitors with a strong balance sheet to swoop.

Chameleon was QUBE’s fifth WA acquisition in four years, according to the BNiQ M&A database maintained by Business News.

Its other WA acquisitions were Port Hedland-based companies Oztran Australia and Walmsley Bulk Haulage, along with IML Logistics and Giacci Group.

Other recent developments in the sector include the rebranding of Bonnie Rock Transport to ASCO Transport & Logistics.

He replaced Ron Currie, whose father, Jim, founded the company in 1998.