After going into liquidation in February, Kosmic Sound has been saved by South Australian business Dale Cleves Music Group, shortly after another iconic WA brand Jeanswest was also rescued. 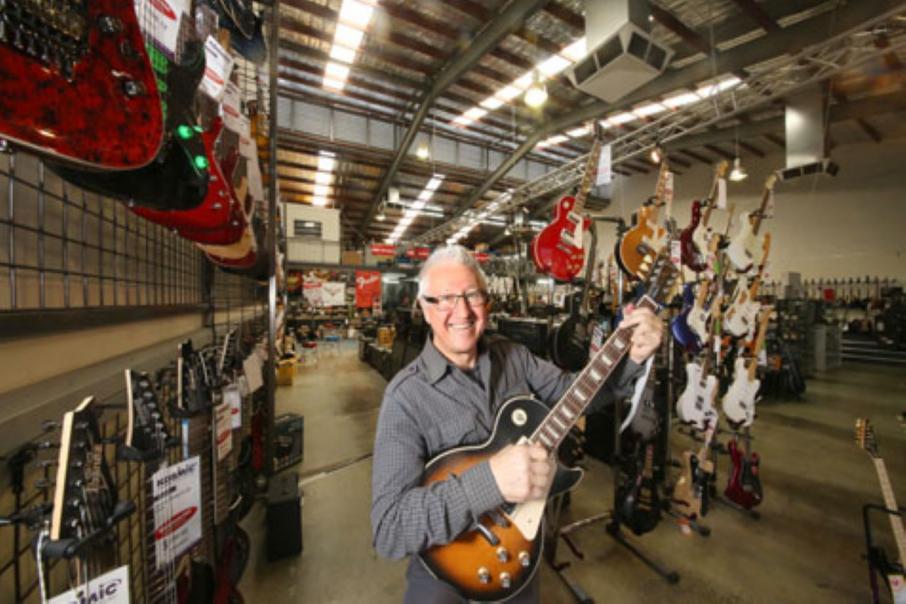 After going into liquidation in February, Kosmic Sound has been saved by South Australian business Dale Cleves Music Group, shortly after another iconic Western Australian brand, Jeanswest, was also given a reprieve.

“Kosmic is a local institution and, like John who made it what it was, music is in our blood," he said.

“We know how many people would be sad to see it go, so we thought we’d step in and make sure it continued on and was in good hands.

“It would be a tragedy to see such an iconic name disappear from the Perth market.

“We know retail can be tough but we refuse to believe local musos don’t want to still come in and touch and play their instruments and get advice from locals who know what they are talking about, before they buy them.”

Mr Goldsmith has welcomed the move.

“That was really important to me.

“There’s a couple of those sorts of businesses around at the moment and that’s not what Kosmic has ever been about.

“It’s been heartbreaking to think the business might end after all these years, so to have the Cleves family step in and understand what Kosmic was about and bring it back to life has been fantastic.”

A statement from Dale Cleves Music Group said employees will get to keep their jobs, the Kosmic brand would continue and the store will be trading again in late March.

Today’s news comes 1.5 weeks after national retailer Jeanswest, which was established in Perth in 1972, was bought out of administration.

Administrators from KPMG, who were appointed in January, announced late last month that the company's former owners had bought the business.

This followed the closure of 37 stores and the loss of about 300 jobs, leaving the business with 146 stores and 680 staff.

Mr Yeung's family company, Howsea Ltd, was the former parent of Jeanswest, having bought the retailer in 2017 for $41 million.

Mr Yeung was also a former director of Jeanswest prior to its collapse. Jeanswest owes $20 million to related party creditors, which include Howsea.

Completion of the deal was subject to Jeanswest's landlords agreeing to the new lease terms.