Wesfarmers subsidiary, Kleenheat, has secured 19 per cent of the state’s business market in just its third year of operation, according to general manager Mark Gadsby. 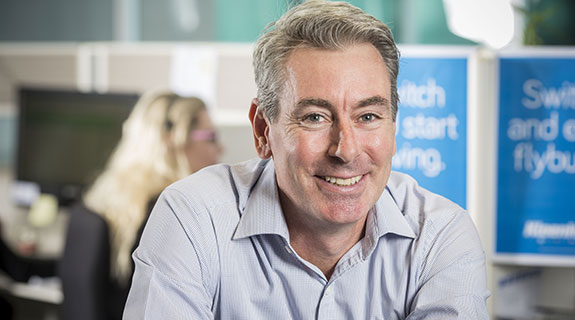 Wesfarmers subsidiary, Kleenheat, has secured 19 per cent of the state’s business market in just its third year of operation, according to general manager Mark Gadsby.

Emerging in 2013 as a supplier of natural gas to Western Australian residents and businesses, Kleenheat sought to disrupt Alinta Energy’s tightly held monopoly.

Last year, Kleenheat grew its business customer base to 232, a 10-fold increase from its first year in the market.

“Kleenheat retails natural gas to more than 80,000 households from Geraldton to Bunbury,” he said.

“We are also the preferred natural gas supplier for 1,700 WA business customers. Our growth has really accelerated in the past 12 months.

“This indicates that the word is spreading that it’s simple to switch, and that Kleenheat is a reliable supplier offering exceptional customer service and great value.”

“We’ve been saving businesses money on gas bills and we were always being asked what we could do to save customers money on their electricity bills,” he said.

“Kleenheat can now sell electricity to contestable businesses that are connected to the Western Power network.”

Kleenheat was established in 1956 as a supplier of liquefied petroleum gas in WA, before entering the natural gas market in 2013.