Zak Kirkup has been elected leader of the opposition unopposed after Dean Nalder withdrew his candidacy earlier this morning. 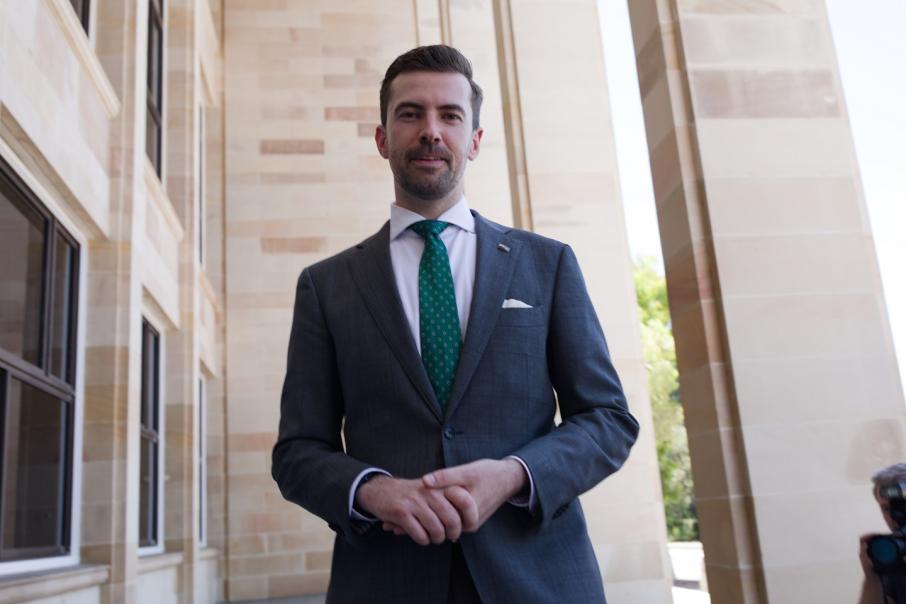 Zak Kirkup has become leader of the Liberal Party WA after Dean Nalder withdrew from the contest.

Nick Goiran confirmed the news this morning outside of state parliament, with Mr Kirkup and Libby Mettam elected to the leadership and deputy leadership, respectively.

Mr Nalder, who unsuccessfully challenged then-premier Colin Barnett's leadership in 2016, announced he would contest the leadership on Sunday but withdrew his candidacy earlier this morning.

He was widely seen as the underdog in the race with Mr Kirkup understood to have the support of key powerbroker Peter Collier.

In an announcement this morning, Mr Nalder said that, in the best interests of the Liberal Party WA, he was withdrawing his intention to nominate at this morning’s party room meeting.

“It has become apparent that I don’t have the majority support of my parliamentary colleagues and therefore will clear a path for the new leader,” he said.

“I have been humbled at the level of support from my electorate and the wider community.”

Mr Kirkup, who was elected to the seat of Dawesville by a narrow margin in 2017 and has held the shadow health portfolio since 2019, will at 33-years of age be the youngest person to lead the Liberal Party WA.

He will be the first leader since Matt Birney to enter the role without any ministerial experience, although he was a political adviser before entering parliament.

Mr Kirkup will replace Liza Harvey, who had served as leader for 17 months before announcing her resignation over the weekend.

Elsewhere, Ms Mettam, who has represented the seat of Vasse since 2014, will replace Bill Marmion as deputy leader.

Mr Kirkup's win came as former leader Mike Nahan this morning called on the party to adopt a new generation of leadership, calling on Peter Collier and Mr Marmion specifically to step down.

In response, Mr Goiran told reporters he had not heard those comments and declined to respond, while Mr Collier responded by saying he wasn't going anywhere.

The opposition now has 109 days to make its case ahead of the state election, in which the incumbent state government is generally favoured to win a second term.

Mr Kirkup and the Liberal Party WA will be charged with defending 13 of 59 seats in the lower house, with Mr Kirkup telling reporters this morning the party will contest every seat in the state.

He ruled out shifting to a safer seat ahead of the March election.