With fewer than two months before voters head to the polls, Zak Kirkup has challenged Mark McGowan to a series of televised and online debates. 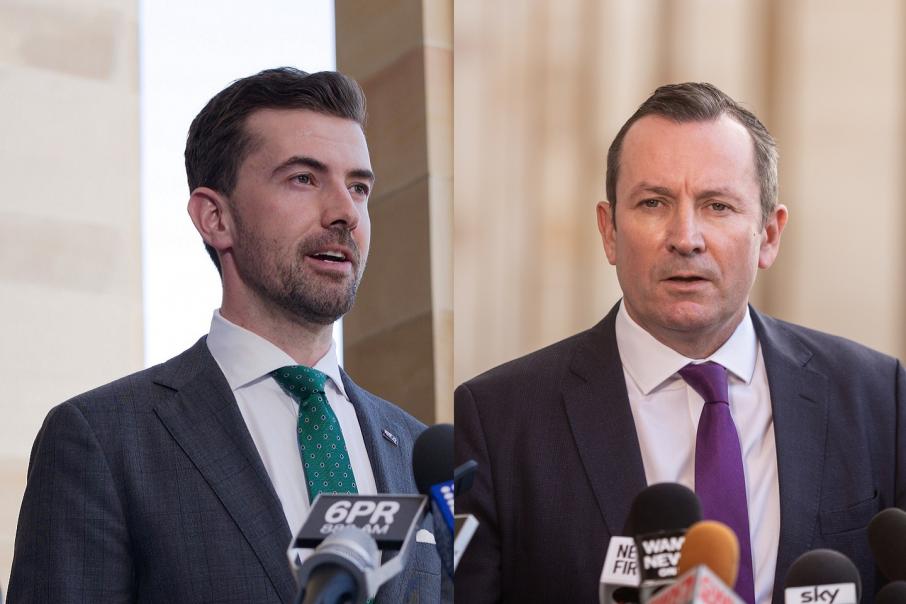 With fewer than two months before voters head to the polls, Zak Kirkup has challenged Mark McGowan to a series of televised and online debates.

In a letter sent to Mr McGowan this morning, Mr Kirkup proposed a series of televised debates to be hosted by the ABC, Channel 7, Channel 9 and Sky News, as well as on online event to be hosted by Facebook before the March 13 election.

By comparison, just one televised debate took place between Mr McGowan and Colin Barnett during the 2017 state election.

That debate, hosted by Channel 7, took place about two weeks before WA Labor earned 56 per cent of the vote on the way to a 41-seat victory in the lower house.

Mr McGowan has remained relatively popular since and has earned broad approval ratings for his handling of the COVID-19 pandemic.

Mr Kirkup, who is still serving out his first term in state parliament representing the marginal seat of Dawesville, came to the leader's job just two months ago following the shock resignation of Liza Harvey.

He faces steep odds at the March election, with the party likely needing a uniform six-point swing and a coalition agreement with The Nationals WA to form government.