Kingsrose Mining managing director Scott Huffadine has resigned following a series of operational setbacks at the company's Indonesian gold mine, on the same day Kingrose postponed repayments on $10.1 million of debt to non-executive director Bill Phillips. 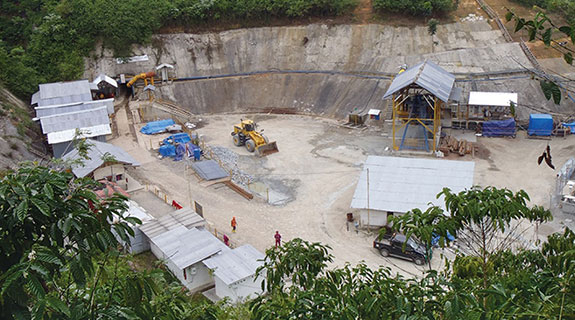 Kingsrose Mining managing director Scott Huffadine has resigned following a series of operational setbacks at the company's Indonesian gold mine, on the same day Kingrose postponed repayments on $10.1 million of debt to non-executive director Bill Phillips.

The company took on $12 million of debt to support development of its Talang Santo mine in Indonesia, which commenced production in July last year.

The company has paid back $1.8 million but its ability to continue repayments has been adversely affected by low production and high costs at the mine.

In a statement today, Kingsrose said it would defer further repayment on its outstanding debt for six months in light of recent operational challenges.

The debt, which carries an interest rate in excess of 10 per cent, is owed to entities associated with Mr Phillips, who has a 6.2 per cent interest in Kingsrose, and Michael Andrews, who is one of the company’s top five shareholders with a 4.3 per cent stake.

Mr Huffadine announced his resignation from the company today, but will remain in the role for three months while a replacement is found.

Curiously, the company issued a statement today quoting Mr Phillips, where he stated that “the lenders have a long standing relationship with Kingsrose and are pleased to provide ongoing support” but did not explain that Mr Phillips was the main lender.

Mr Huffadine’s resignation comes ahead of the company’s annual meeting, where it had planned to seek approval for the issue of share performance rights equal to 50 per cent of the value of his remuneration, which is $350,000.

His remuneration compares to $246,000 in consulting fees paid by the company during the 2015 financial year to Mr Phillips for professional services provided outside his normal board duties, according to Kingsrose’s FY15 financial statements.

Kingsrose operates at its Talang Santo mine in Indonesia, which failed to achieve production targets during the year as a result of high volumes of water delaying access to scheduled underground mining.

The mine has been in production since July 2014.

Kingsrose shares closed 3 per cent lower to 22 cents each.