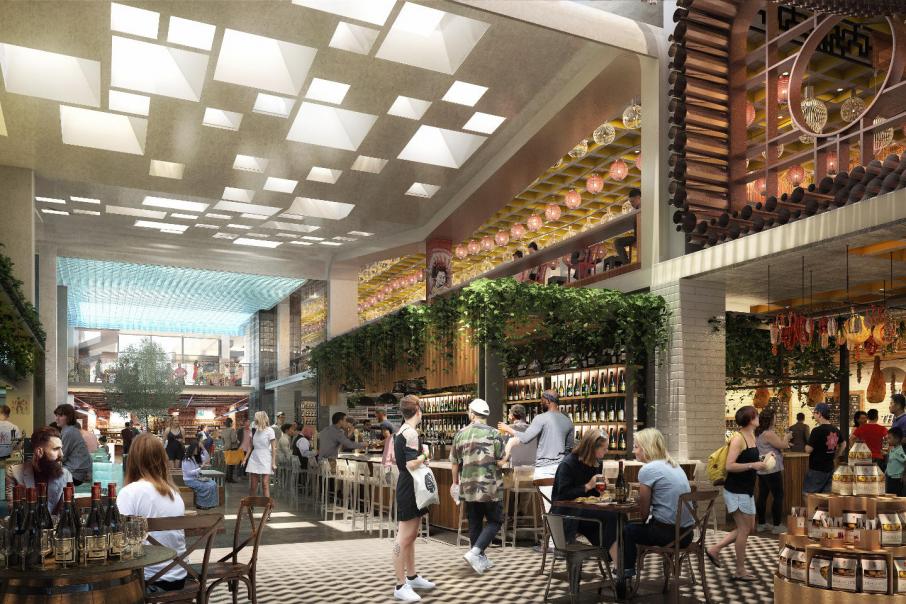 An architect’s rendering of The Emporium within Kings Square, construction of the project is expected to be completed by late 2019.

FOMO is a popular acronym for the phrase 'fear of missing out' but  could also stand for 'Freo on my own' according to Sirona Capital managing director Matthew McNeilly, will offer a mix of food and dining, arts, apparel, homewares and a marketplace.

Probuild started construction earlier this month, with finalisation of the build expected in late 2019.

FOMO will sit beneath the three levels of office space and will offer several precincts – the Daily, Street Alley, Tidal Lane, Newman Court and The Emporium – a 1,500sqm two-storey space starting in the basement. 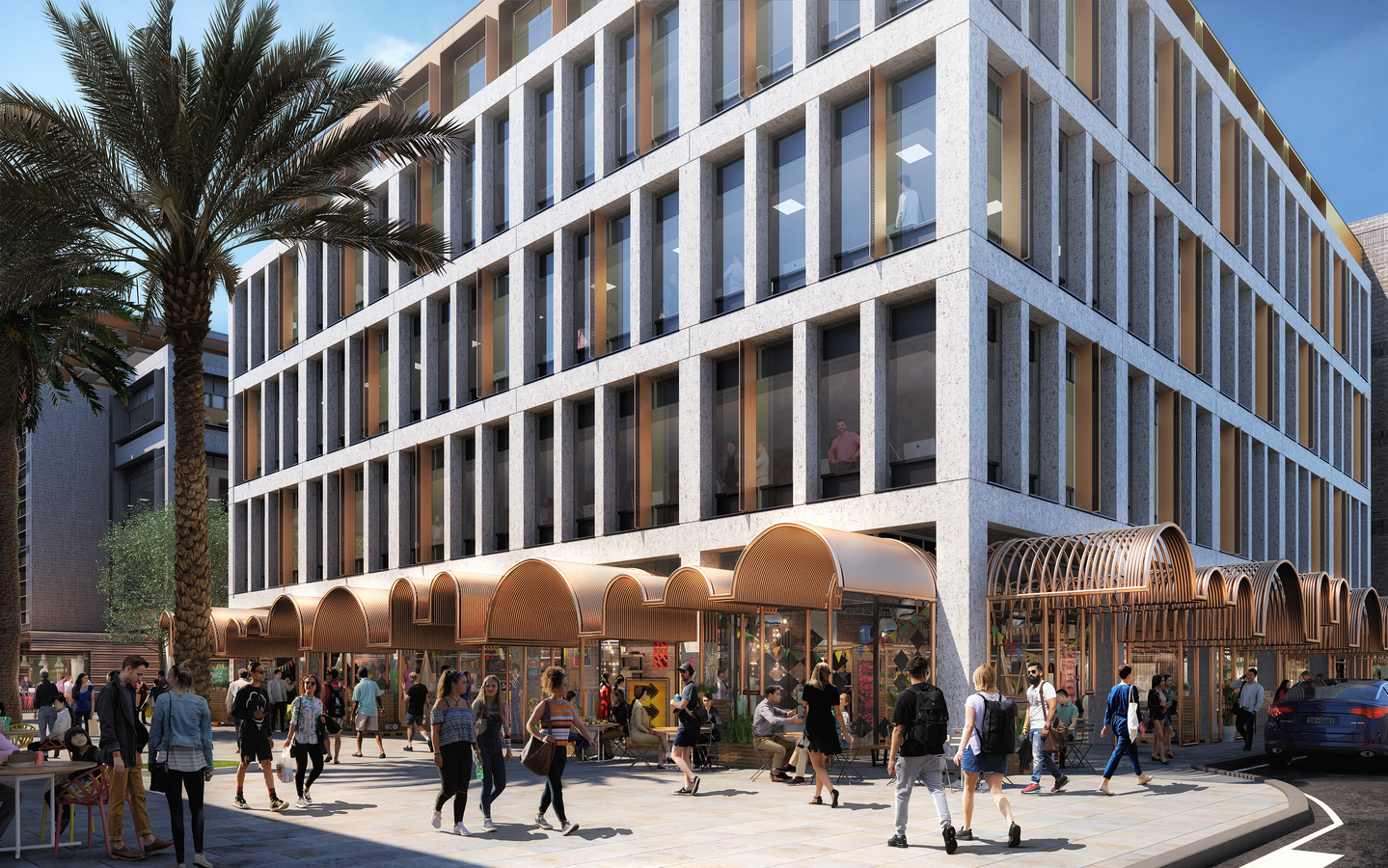 The Daily precinct at FOMO.

Mr McNeilly said the vicinity would comprise up to 40 different tenants, with over 50 per cent of those planned to be food and beverage operators.

Discussions were already under way with potential tenants, with Sirona Capital partnering with Lease Equity managing director Jim Tsagalis for the leasing campaign.

Mr McNeilly said FOMO was a major change for the retail industry, with the traditional delineation between retail offerings replaced with open and borderless spaces, unlike a customary shopping mall.

“This part of the development is best described as a mix of art, design, culture and retail … an opportunity to have multiple personalities; I see performance at night on a stage in The Emporium, where during the day there’s a fresh food market.

“FOMO will create bold, daring connections for people to sit in, walk through and engage with as they wander and explore.” 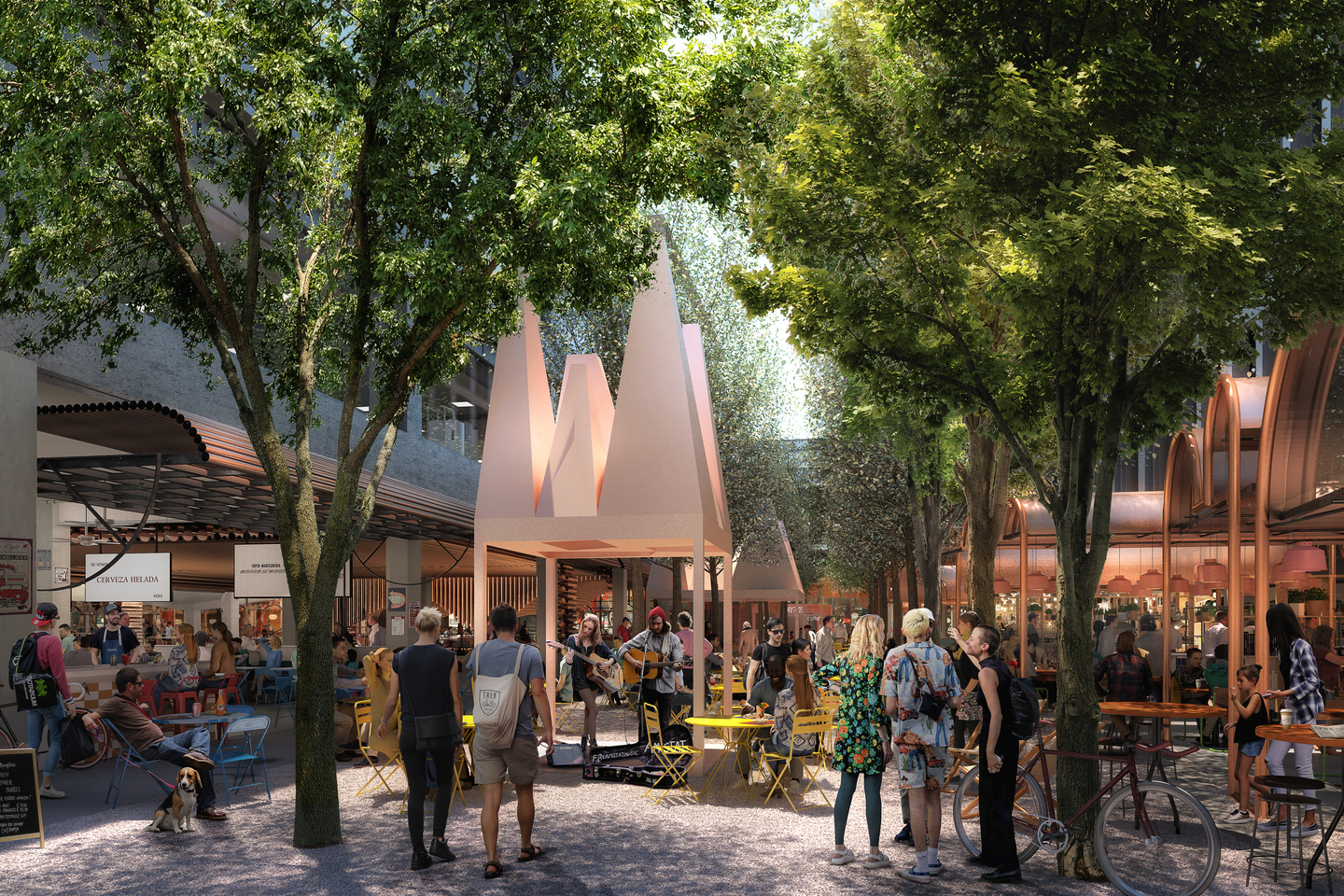 The pink pyramid-like structure in Tidal Lane can be adjusted to sit on the floor or stand up as shelter for buskers and pop-up stalls.

Mr McNeilly said another point of difference to standard shopping centres was providing tenants with a flexible leasing arrangement to accommodate seasonality.

“If olives aren’t selling one day then they might sell something else the next,” he said.

“I think there’ll be tenants doing three or four different things; I can see fashion in one corner, a hairdresser in the other and a juice bar all in the same tenancy.

“I also see FOMO as an opportunity for brands that are not yet known to establish themselves.”

Pockets of Perth’s community were engaged during the design process, and as part of building FOMO people will be invited to partake in a paint-in where the community can create a work that illustrates what Fremantle means to them. 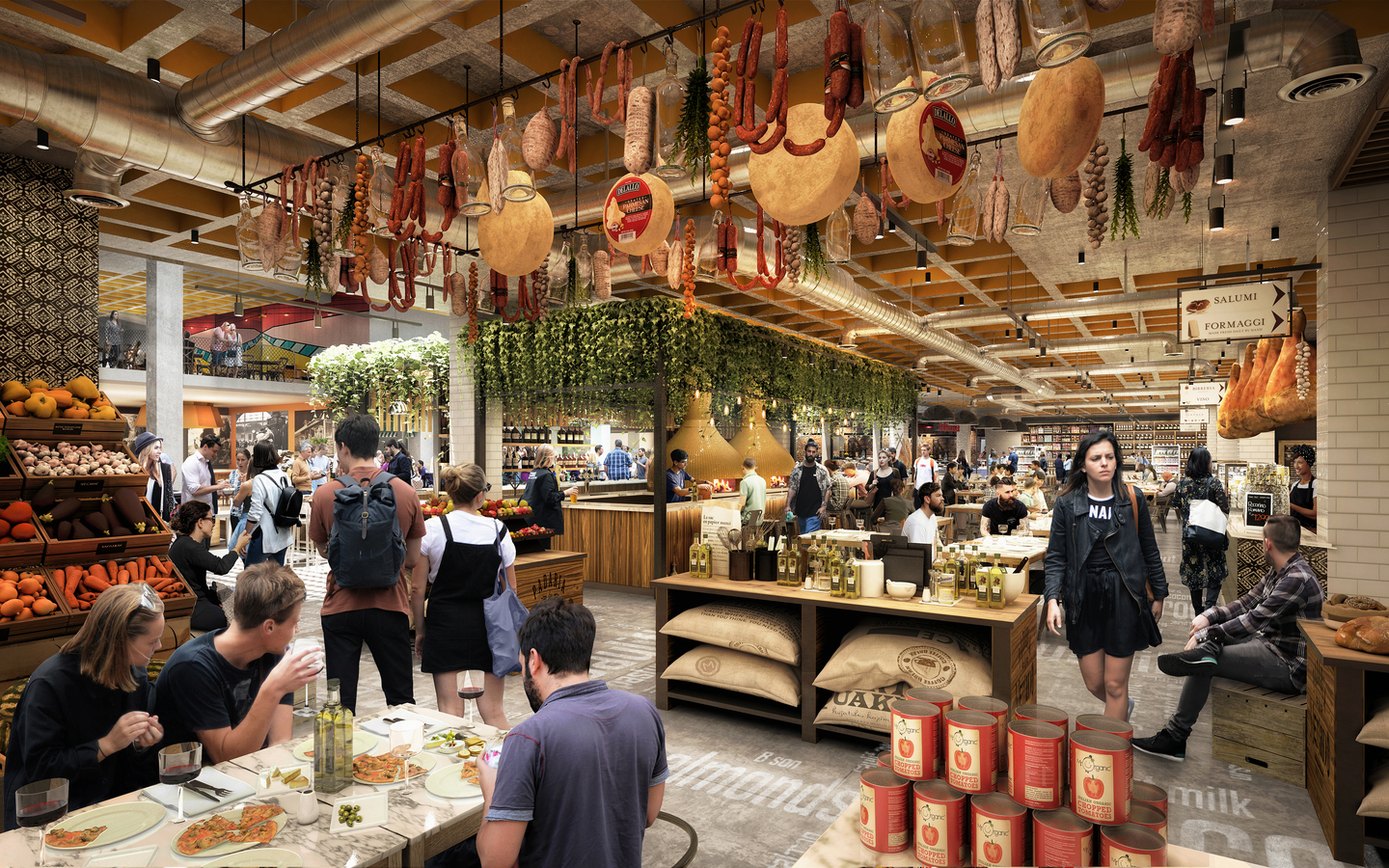 City of Fremantle Mayor Brad Pettit said FOMO would reflect the heritage of the port city and the people who shaped it.

“Created in many ways by the community for the community, FOMO will be a hub of art, architecture, culture, retail and food experiences unique to Fremantle’s identity,” he said.

“This ambitious redevelopment will be a trigger for renewal and will provide a massive economic boost for surrounding areas.”