King River’s plans to push its giant Speewah vanadium, titanium and iron deposit in the East Kimberley towards a definitive feasibility study have been given a boost with the production of an almost pure, high purity alumina product, or “HPA” through further refinement of its metallurgical flowsheet. The pioneering company will now commence tests using the new HPA process to extract alumina directly from waste fractions. 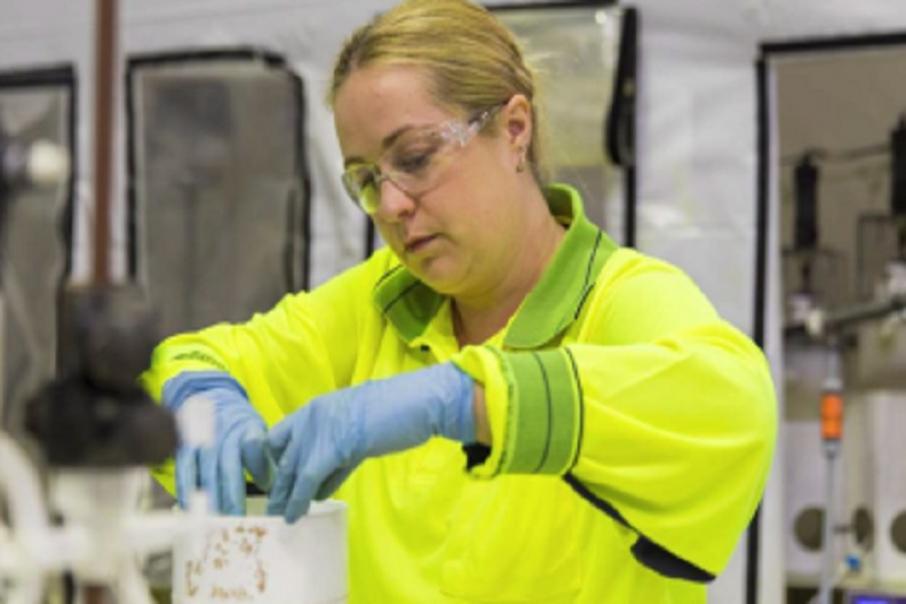 King River Resources’ plans to advance its giant Speewah vanadium, titanium and iron deposit in the East Kimberley towards a definitive feasibility study have been given a boost with the production of an almost pure, high purity alumina product, or “HPA” through further refinement of its metallurgical flowsheet.

HPA has a growing demand in high-value technology markets and is used to produce sapphire glass for substrates in LED lights, semi-conductors and laser markets. It is also used to coat cathode and anode separators for lithium batteries, a use that is becoming increasingly common due to its ability to improve both efficiency and safety.

King River will now commence tests using the new HPA hydrometallurgical process to extract alumina directly from the waste fraction that constitutes about 70% of the mined volume of material.

According to the company, the grade of the aluminium oxide in the “run of mine” material – ore actually mined from the operation – is 12.7% and the waste fraction grade is 15-16%.

King River expects the waste fraction to be mostly free of iron, titanium and vanadium elements that scavenge a lot of acid during the leaching process.

The Perth based company recently identified a quicker route to get 95% of the aluminium out of the same leach solution at the start of the vanadium, titanium, iron and magnesium extraction process, which eliminates any further processing to recover the metals. In the second stage of the flowsheet, around 50% of the iron and 58% of the magnesium is then extracted in a simple process according to King River.

This new flow sheet also has the potential to significantly lower operating costs as it uses more commonly sourced and therefore less expensive chemicals in the extraction process in addition to not requiring excessively high operating temperatures which reduces the drain on energy supplies.

There is a swathe of options for improvement yet to be realised for King River, with optimisation processes ongoing, including further refinements to the flowsheet, maximisation of by-products - and therefore minimisation of waste -, scalability and site selection.

The innovative process modifications appear to provide continuing advantages for King River especially if it can get its hands on some early cash flows as part of a start-up operation.

The production of vanadium pentoxide, titanium dioxide pigment and iron oxide products from Speewah is the main game for King River at Speewah but alumina is now looming as a potential heavy lifter in the economics of the project.

During August, the company flagged the potential to reduce the estimated capital cost of Speewah by USD$152m.  The biggest drivers of this material potential cost reduction were achieved by reducing mining rates to correspond with the throughput capability of the acid leaching plant, following its continuing metallurgical testwork.

Speewah currently holds a mammoth global resource at Speewah of 4.7 billion tonnes grading 0.3% vanadium pentoxide, 3.3% titanium dioxide and 14.7% iron – largely considered to be the largest of its kind anywhere on the planet.