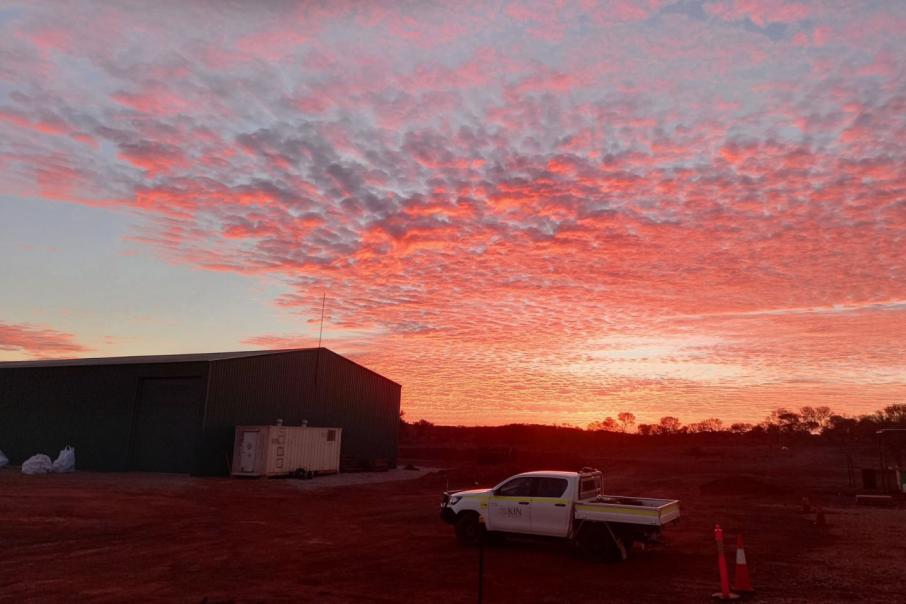 Victoria’s St Barbara, which owns the Gwalia underground mine and processing plant in Western Australia, proposed to acquire all the shares in Kin that it didn’t already own for 16 cents each.

The deal would’ve been worth more than $100 million, but Kin said the board rejected the offer since it wouldn’t have been approved by the required 75 per cent voting majority of its shareholders.

St Barbara has a 19.79 per cent stake in the company, having purchased 158 million shares – including 146 million shares from Kerry Harmanis – in July. Its Gwalia operation is close to Kin’s Cardinia project near Leonora.

Kin is looking to fund the next stage of exploration at Cardinia using proceeds from a $13 million rights issue, with a view to make new discoveries and expand the project’s 1.28-million-ounce resource.

The company recently added 106,000oz of contained gold to the project, through the Cardinia Hill deposit.

“Our systematic approach to exploration has paid off in spades and given us a much better idea of where and how to target the next phase of drilling – which will be designed both to define new resources and to identify additional discoveries with the potential to deliver a step-change in the value of the project,” managing director Andrew Munckton said of today’s announcement.

“The additional funds will allow us to continue to assess the recent discoveries at Cardinia Hill and follow up on new prospects like Mt Flora, Eagle and Crow – in short to maintain the very strong exploration momentum we have built over the past two years.”

Kin is due to announce further details of the rights issue shortly.

Separately, Subiaco-based explorer Titan Minerals said it had completed an $18 million share placement to advance its gold and copper projects in Ecuador, including its flagship Dynasty asset, located 25 kilometres north of the Peruvian border.

Chief executive Laurie Marsland said the company was looking to deliver a JORC resource at Dynasty before the end of the year, while continuing to explore the Linderos and Copper Duke prospects.

He said the placement – priced at 10 cents a share – had attracted new institutional natural resource funds.

Canaccord Genuity acted as lead manager and bookrunner to the raise and UK-headquartered Bacchus Capital as financial adviser to Titan.

Its shares closed up 15 per cent today to trade at 12 cents each.