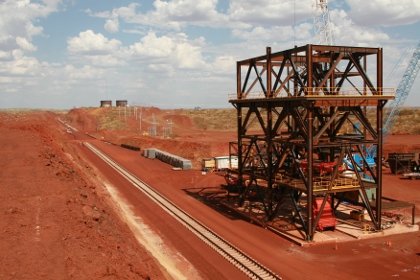 EXPANSION: FMG's rail loading facilities at the Cloudbreak mine.

A joint venture led by US-owned construction contractor Kiewit Australia, which is a new player in the local mining sector, has won a $247 million contract from Fortescue Metals Group for works on the Cloudbreak iron ore development in the Pilbara.

AMEC said its principal role would be detailed engineering, procurement of equipment and site support.

Work on the contract has already commenced and will be completed before September next year.

Fortescue is expanding the capability of the Cloudbreak plant to process below water table, or wet, ore.

“It complements a number of iron ore studies in which we are currently involved and are looking forward to taking through to project stage.”