Kids on campus good for business 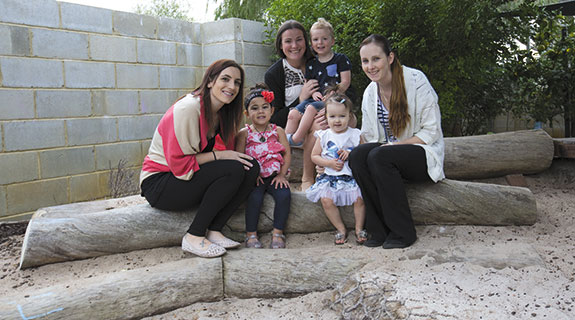 WA universities are being recognised for taking a lead role in the provision of more family friendly workplace practices that encourage women back to work.

AMID the national debate over changes to childcare assistance, universities in Western Australia are ahead of the pack in terms of providing flexible options for mothers returning to work.

Last year, two childcare centres at the University of Western Australia became the first and currently only centres in the state to receive the highest rating of excellence under the national quality standard.

UWA Early Learning Centre director Olivia Harper-Rummens told Business News the rating reflected the standard of the centre’s curriculum and environment, as well as what it offered in staff development and its participation in university research programs.

She said the centre prioritised placements for UWA staff and students, enabling them to access childcare with a high level of certainty and making it easier to plan their day on campus.

As the childcare centre falls under the university’s remit, she said it was also the first in WA to get paid parental leave for its staff under an enterprise bargaining agreement struck in the early 2000s.

Under UWA’s broader flexible workplace policies, the university provides up to 104 weeks’ unpaid leave and flexible working conditions, such as making sure roles have divisible duties so mothers can return to their previous position, but in a part-time capacity, if they want to.

“We do know that we have many more women in the higher level positions and middle management over the past 10 years,” UWA equity and diversity senior project officer Fay Davidson said.

“We won the employer of choice for women for 12 years in a row.”

In the past three years its female professional staff has remained consistent around 66 per cent.

Murdoch offers 52 weeks’ half pay or 26 weeks’ parental leave on full pay; for couples who both work on campus, the leave can be shared.

Curtin University School of Management’s Kerry Brown said that, like many universities, Curtin was driven by a desire to maintain valued and well-trained employees, particularly parents returning from leave.

“Universities are definitely winning awards to do with flexible work practices and being employers of choice,” Professor Brown said.

“They’re large and they’re in the game of wanting to make sure HR practices are best practices.”

Ms Davidson agreed universities had natural advantages because of their size and variety of roles, but it was will and commitment that brought it to fruit.

“Partly it’s a business case, we have to do well because we’ve got great staff and we don’t want to lose staff and we want to reduce turnover, but also because it’s the right thing to do,” she said.