It's no surprise that, after providing more than a century of care for the state's young, Parkerville Children and Youth Care maintains a strong connection with its heritage and the vision of its founders.

The organisation still operates from the 7.3 hectares bought in the early 1900s by a pair of English nuns, Sister Kate and Sister Jane, who travelled from England to Western Australia with 22 orphans.

The orphanage was funded in its early days by the family of Sister Kate, a post-WWI charity called the Ugly Men's Association, and material donations from Walter Padbury, himself an orphan (aged 11) and later the first mayor of Guildford.

The orphanage became just the second organisation to receive a grant from the state lottery (now Lotterywest), in 1933, and current chief executive Basil Hanna said the £200 pounds Parkerville received at the time was fundamental to its survival.

Faced with a shortage of finances in the 1950s, the board considering turning the premises into an aged care facility, however Lotterywest stepped in with funding so it could continue to operate as an orphanage.

About 20 years later, Mr Hanna said, the organisation began to change to be into a care provider due to declining demand for orphanage services.

It was about that time that a greater need arose for the provision of psychological support for abused youth.

The growth in demand for these services is shown by the fact that, nine years ago Parkerville was treating about 200 young people a year, whereas now it looks after nearly 1,600.

In 2005, the organisation officially changed its name to better reflect its role in the modern context.

The name change was also a result of the fact that 40 per cent of people utilising the services of the organisation were adolescents, not just children.

Although Parkerville Children and Youth Care functions in a very different way than 110 years ago, the organisation places a lot of emphasis on its heritage and Mr Hanna believes this is partly the reason for the organisation's longevity.

"I think that one of the fundamental things is that we place a strong emphasis on the work of our founders," Mr Hanna told Business News.

"We're very mission-oriented ...we carry on the mission and the history that the Sisters started."

Parkerville continues to uphold the values of its founders and commemorates some of the earliest recipients of its services through its logo and specific events – the six petals on the logo represent the six young men from Parkerville who lost their lives in WWI.

The relationship between Parkerville and Lotterywest has also been maintained.

Most recently, Lotterywest provided part of the funding necessary to open the George Jones Child Advocacy Centre in 2011, which offers a multi-disciplinary approach to caring for abused children and is named after a former resident.

Mr Hanna said the support provided by Lotterywest in this instance was not merely financial.

"It was more the advocacy and support that Lotterywest gave to our vision to create Australia's first child advocacy centre that actually brought more money into the organisation," he said.

* We have attached a short video which is one of series made by Lotterywest to mark its 80th anniversary. 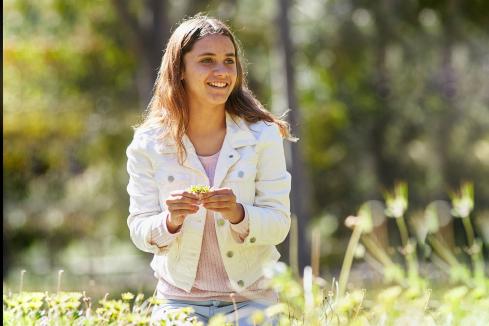