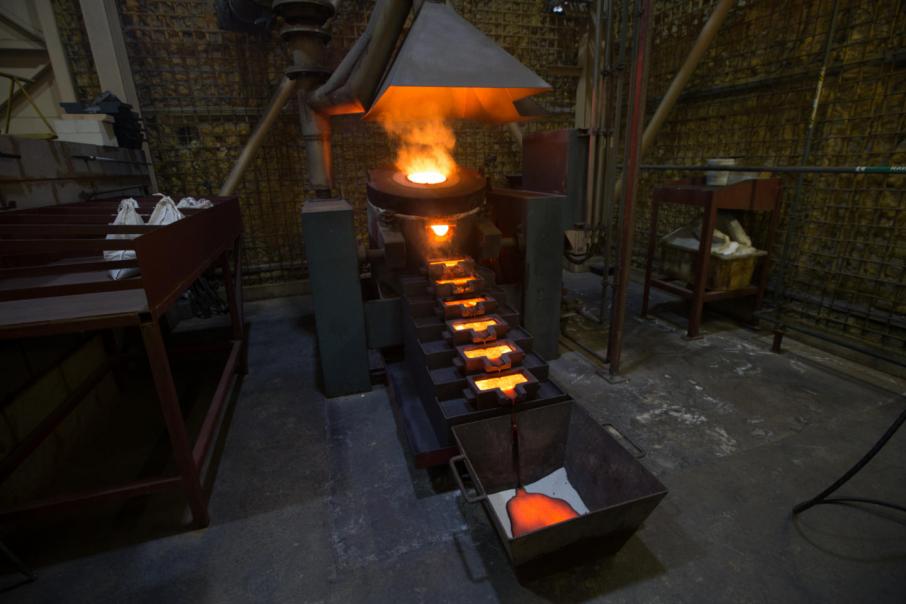 The high Australian dollar gold price has been a boon for the sector this year. Photo: Attila Csaszar.

The deal will be structured with $2 million in cash to be paid in a series of installments across two years and $2.5 million in the form of a three year convertible note.

Operations at Burbanks commenced in the September quarter of 2015, with about 5,743 ounces of gold produced in the 2016 financial year.

But operations were suspended in the September quarter on the basis that near term working capital requirements at the mine were not justified given it was for sale, and those resources could be better allocated to the company's Mt Holland project.

Kidman had bought an 80 per cent stake in the Burbanks mine from private company Blue Tiger Mines in April 2015 for $3 million plus a $2.4 million working capital commitment.

For Kidman, the next move will be further gold and lithium exploration at Mt Holland, where the company hopes to make a resources estimate by early 2017.

Resources and Energy Group chief executive Richard Poole said the buy would help the company build a portfolio of mines in production.

“The Burbanks acquisition is expected to achieve our dual goals of increasing the company’s resource base and delivering near term cash flow positive projects," Mr Poole said.

"Kidman has been recently producing gold from the Burbanks mine and as such Resources & Energy Group is expecting that it will yield positive cashflow in the near term."

The company, chaired by Gavin Rezos, also owns the Mt Mackenzie project in Queensland and bought the Radio Gold project near Kalgoorlie from private company Brightsun Enterprises in January.

The announcement comes a day after it was reported Chinese-owned Minjar Gold would offer $1.3 billion to buy Canadian company Barrick Gold’s 50 per cent stake in the Kalgoorlie super pit.

The strong domestic dollar gold price has supported renewed interest in the state’s gold sector in 2016, with Gold Road Resources’ recent funding and joint venture deal for the Gruyere project as the latest such example.

Other movers included Blackham Resources, which is now operating its Matilda mine near Wiluna.

An ounce of gold was selling for $US1209.80 this morning, which is around $1740 after adjusting for the exchange rate.

Shares in Kidman Resources were 2.5 per cent higher at 40 cents each at the close of trading today, while Resources and Energy Group was unchanged at 12 cents per share.