If wealth creation is not growing, tinkering with a broken tax system isn’t going to achieve much. 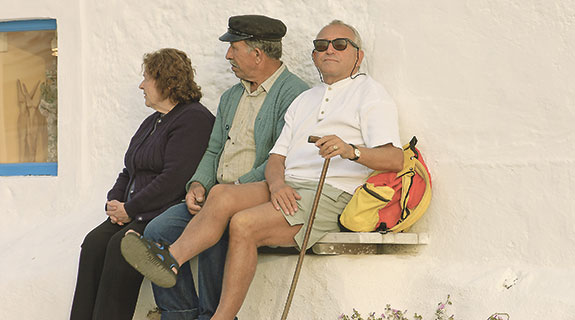 DREAMING: Greek politicians, like their counterparts in Australia, made unfunded and unsustainable promises. Photo: iStockphoto

If wealth creation is not growing, tinkering with a broken tax system isn’t going to achieve much.

If you were in doubt that the Australian dollar will continue falling, perhaps testing its record low of US49 cents, then consider the real message in the state-versus-state argument over GST distribution and the missing element in what’s been said so far – wealth creation.

To the outside world, Australia’s quarrel over how proceeds from the GST should be distributed surely provides a perfect example of a country with a dysfunctional political system and faltering economy.

Whether Western Australia gets a fair share of GST is peripheral to the bigger issue, which is a failure of state and federal governments to recognise that wealth creation must come before anything can be taxed and redistributed.

In all that has been said in the war of words between state premiers over the GST spoils, the two key words, ‘wealth creation’, have been absent.

Something similar can be seen in Greece, another troubled country where there is a crisis brewing over tax and a failure to generate revenue.

The Greek crisis is much more advanced than that of Australia, but that’s only because that country has been mismanaged for longer; two decades of Greek governments have been elected on unsustainable promises, such as early retirement for civil servants, high pensions, and other government hand-outs funded by the European Union.

Australia’s day of reckoning is still some years away but it is travelling in the same direction, with governments making promises they cannot keep due to a collapsing tax base – because wealth creation has been ignored.

What the Greek government forgot, and what Australian governments are forgetting, is that you cannot distribute tax, or unveil grand (vote-buying) schemes unless you are generating sustainable revenue.

In other words, you cannot spend it unless you’ve earned it; and if you do go on a vote-buying spree with spending on schemes such as paid parental leave and tax breaks for rich retirees, then the only way to fund those policies is by borrowing.

Debt, mountains of the stuff, has been the unstable foundation on which every Australian (and Greek) government has relied – partly because of a belief that the country will always find a way to repay its loans and partly in a belief that the world needs our resources.

Wake-up time has arrived. The GST row is simply a symptom of what’s gone wrong while the dollar is behaving like a canary in a coal mine, dropping off its perch as poisonous gas levels rise.

On the plus side, a lower dollar will ease some of the pressure on exporters; but that gain will be offset by pressure on debts denominated in US dollars because the repayment terms will become more onerous.

Sliced and diced anyway you like, the core issue confronting Australian today is not one of distributing tax revenue; it’s about creating the wealth that will enable governments to collect taxes in the first place.

The fundamental mistake of putting the ‘distribution horse’ in front of the ‘tax cart’ is one that Australia makes every time there is a commodity price boom.

The most recent example was a decision by the previous government to spend the theoretical proceeds of the China-export boom before the promised super-taxes on iron ore and coal had delivered the revenue.

Not only did the super tax collapse with the change of government, the China export boom has also collapsed.

Politicians, who believe they can only be elected by promising big projects and generous handouts, are slowly discovering that there is a very real revenue and tax shortfall crisis sweeping through the Australian economy.

The days of spending it before you get it are over, which is one reason why the states are desperately seeking a bigger share of GST, whether they deserve it or not.

For WA the fight over GST has probably been lost before it starts simply because of political reality – there are more votes for the federal government in NSW and Victoria than there will ever be in WA.

What the WA government needs to do is talk less about the GST carve-up and more about wealth creation, because that’s a winning hand; and it’s the only way to grow the country.

THE Australian government is not alone in having misread the rise and fall of tax revenue from the mining boom that came and went, with the country’s two biggest mining companies having done much the same.

Back in 2002, as China was gearing up for the world’s biggest construction program, BHP Billiton and Rio Tinto were slow to recognise the opportunity, an oversight which created an opening for fleet-footed independent miners such as Fortescue Metals Group and Atlas Iron.

In fact both big miners not only failed to expand in time, they wasted time trying to crush the newcomers before they started, believing that refusal to grant rail and port access would stop small rivals in their tracks.

Today, the reverse is happening. The big miners are again proving to be slow to react to market signals, continuing to expand into boom that has morphed into a bust.

Both forecasts cannot be right.

HERE’S an interesting question: Which is set to fall faster, food prices in Australian supermarkets or the share prices of the companies that own the supermarkets?

According to analysts at Citigroup the answer is ‘both’, with prices for soft commodity prices such as sugar, wheat and palm oil down by around 30 per cent in US dollar terms over the past 12 months, which is seen as a leading indicator of food-price inflation.

Citi reckons lower food prices means lower revenue for supermarkets, which is why it has a ‘sell’ tag on both Woolworths and Wesfarmers, which owns Coles – and brings new meaning to the Coles slogan of ‘Down Down’.