The head of the Department of the Premier and Cabinet has been accused of an “extremely serious intentional breach of parliamentary privilege” by a parliamentary committee chaired by Labor's Kate Doust for his actions during a Corruption and Crime Commission investigation. 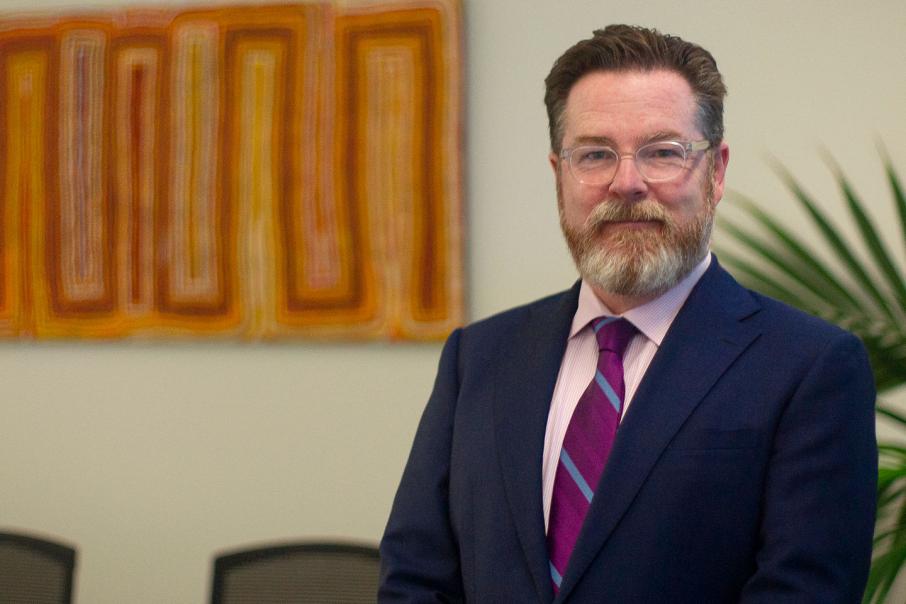 Darren Foster is the head of the Department of Premier and Cabinet.

The head of the Department of the Premier and Cabinet has been accused of an “extremely serious intentional breach of parliamentary privilege” by a parliamentary committee chaired by Labor's Kate Doust for his actions during a Corruption and Crime Commission investigation.

Ms Doust, who chairs the Legislative Council's Parliamentary Privileges Committee (and is also President of the Council), released a statement today saying the issue had arisen when the CCC started an investigation of three former members of the council.

That was the start of a “frustrating three months”, the committee said in a report into the issue.

The friction arose between the CCC’s investigation and the committee’s obligation to ensure protection of parliamentary privilege over specific documents.

Anyone from the CCC who accessed privileged documents during an investigation would potentially be in contempt of parliament, the report said.

Working with the CCC, the committee developed a process to sort the documents, including appointing an independent judicial officer to review them.

In the report, the committee said:

“In what can only be described as, prima facie, an extremely serious intentional breach of parliamentary privilege by Mr Darren Foster, the Director General of the DPC, and all those advising and assisting him, Mr Foster:

a. despite being warned repeatedly in no uncertain terms in writing by the PPC that he personally, and other officers of the executive, risked being in contempt of parliament; and

b. having been advised that a clear defence was available to him under s 3(2) of the Corruption, Crime and Misconduct Act 2003 and the Parliamentary Privileges Act 1891 for refusing to comply with the two CCC Notices to Produce,

unilaterally appointed officers of the executive (being staff of the State Solicitor’s Office) to trawl through ‘tens of thousands’ of emails of three former Members of the Legislative Council and their staff in order to identify, separate and exclude those documents that those officers of the Executive adjudged to relate to ‘a proceeding in Parliament’.”

Following this, the committee moved to audit the documents to ensure none would be subject to privilege.

The department’s acting director general, Emily Roper, refused a summons to appear with documents before the committee.

“Ms Roper was also advised ... that a refusal to comply with the summons would result in a requirement for the chair of the (committee) to report any objection to produce documents and the reasons for such objection to the Legislative Council,” the report said.

Ms Roper wrote back a week later arguing it would not be appropriate to produce the documents because their release might impact the safety or reputation of those investigated, and potentially impact a trial.

The CCC was empowered to restrict disclosure of information in those circumstances.

In any event, she said she could not appear at the proposed time because she had accompanied the premier to a Council of Australian Governments meeting.

Ms Doust asserted that the issue had wide ramifications.

"These two related matters of privilege and their effect on the sources of information to the Parliament and its members strike at the heart of our democratic institutions," she said.

"The chilling effect on parliamentary activities would be palpable and immediate."

The committee’s report made a number of recommendations for the Legislative Council to approve, including for an investigation whether Ms Roper or Mr Foster acted in contempt of parliament, to produce the documents to the committee, and to not produce certain documents to the CCC.

UPDATE: Mr Foster's actions have been strongly defended by premier Mark McGowan, who said his top adviser was supporting the CCC's inquiry.

Mr Foster has commented that the controversy comes down to a dispute between the CCC and a parliamentary committee, and that he was siimply doing his job.