SPECIAL REPORT: International contractor Kentz and local companies Monadelphous and NRW Holdings were the big winners among civil and engineering construction contractors over the past 12 months, research by Business News has found. 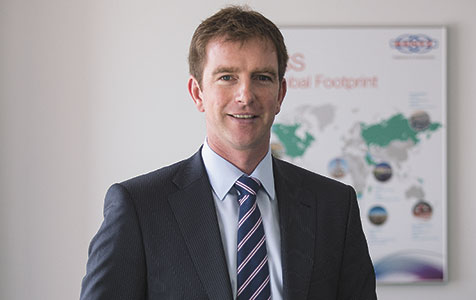 International contractor Kentz and local companies Monadelphous Group and NRW Holdings were the big winners among civil and engineering construction contractors over the past 12 months, research by Business News has found.

The Business News analysis also highlighted three big projects that provided the lion’s share of new opportunities over the past 12 months – the Wheatstone and Ichthys LNG projects and the Roy Hill iron ore project.

In contrast, there was only a handful of large government contracts awarded over the past year.

The biggest winner last year was Perth company Monadelphous Group, which continued to be a powerful competitor against international contractors.

Monadelphous won five major contracts in the Western Australian and Northern Territory markets over the past 12 months, collectively worth $1.2 billion, with the largest being a $680 million construction contract on Ichthys.

NRW Holdings picked up three big new contracts worth $890 million, all of them on the Roy Hill project.

“The concern for most of us is, what’s next?”

Another Australian contractor having an impact is Downer, which won four major contracts in the WA market, with the largest being a $400 million contract on Wheatstone.

Brookfield Multiplex also had a good year, winning work as diverse as the underground bus station in Perth and mine site infrastructure at Roy Hill, and being named preferred builder for the new sporting stadium.

Judging by contract wins over the past few years, Irish company Kentz is having the biggest impact.

Kentz has been working in Australia for about 20 years, mostly as an electrical and instrumentation (E&I) construction contractor on LNG projects.

Country manager Brian Kelly said Kentz had been successful in diversifying its business.

“In Australia we were originally well known as an E&I construction contractor because that’s what we were doing up to 2009,” Mr Kelly said.

“Then we got into EPC (engineering, procurement and construction) work with construction villages and telecoms work.

“Now were doing technical support services, we’re doing a lot of commissioning for QGC on the upstream contract in Queensland.”

Kentz has about 2,000 staff in Australia, which contributed more than a third of the group’s 2013 turnover of $US1.6 billion.

“The long-term position of Kentz is to keep growing and evolving the Australia business,” Mr Kelly said.

“As we ramp up for growth, you can’t rely on doing the same just in different regions, you need to bring in new services as well.”

Its biggest contract, awarded in 2011, was for $US2.3 billion of work on Gorgon, in a joint venture with CB&I.

“We’re ramping up for that, the joint venture has about 3,000 people on the project.”

Mr Kelly said Kentz was able to draw on its long experience with major projects.

“We know the challenge, we understand it, and we’re busy doing it,” he said.

A notable initiative taken to attract recruits for Gorgon was the launch of the website www.bepartofsomething.com.au.

“That has had about 100,000 hits and 20,000 people are a work in progress, we’re checking their capability, their attitudes to safety and so on,” he said.

“It’s amazing, once word gets out, the phone would have been hopping for the last two-and-a-half or three years.

“It certainly takes a lot of work, but the people are out there, they move around from project to project.”

Over the past 12 months, Kentz has been awarded three big new contracts, all on Ichthys.

Like many engineering and construction contractors, Mr Kelly is matter-of-fact when discussing the project wins.

“There is a reason why we were awarded this work, because our clients believe we can deliver,” he said.

“We’ve delivered for them before in other countries around the world, that’s why we got it.”

Kentz was also helped by its ability to shift workers from one project to the next.

“The projects are about two years apart, so people from Gorgon will be able to move to Ichthys, that would be the plan,” Mr Kelly said.

“That was part of us showing our capability and capacity.”

“We do a lot of SMP around the world, but this is our first SMP project in Australia, so we decided to JV (with UGL) from that point of view,” Mr Kelly said.

He said the group targeted a big SMP contract to help it prepare for the next wave of work.

“Once these projects are built, there we will be operations and maintenance, shutdowns,” he said.

“We’re looking at a number of strategic initiatives to build for the wave of ‘opex’ work.”

As well as brownfields LNG work, Mr Kelly said Kentz was also looking at coal seam gas projects in Queensland and the mining and metals sector.