The new chief executive of Western Australia’s oldest company, and one of the state’s biggest trucking and logistics operators, believes there are growth opportunities across most parts of the business despite the downturn in mining and resources. 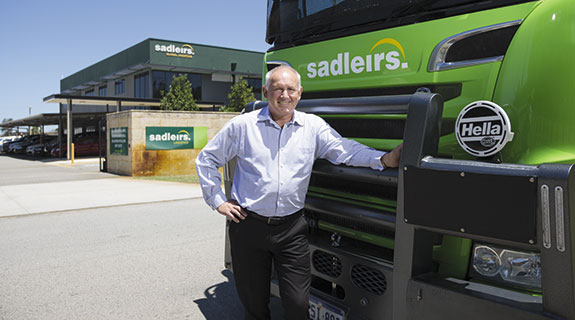 The new chief executive of Western Australia’s oldest company, and one of the state’s biggest trucking and logistics operators, believes there are growth opportunities across most parts of the business despite the downturn in mining and resources.

Ian Kent was appointed chief executive of family owned Lionel Samson Sadleirs in December, succeeding Neil David, who had been in the role three years.

“The board wanted to make a step change, and get a different approach,” Mr Kent told Business News.

“They were also looking for a more experienced CEO.”

The group’s core business is Kewdale-based Sadleirs Logistics, which contributes most of the group’s $240 million in annual revenue.

Mr Kent said his plans for the group were in three parts.

“One is to ensure we have the right cost base for the business,” he said.

Second, he has launched a full review of internal systems and processes, seeking opportunities for quick improvements.

“There is a fantastic base to build on, but at the same time, a lot of things that are entrenched in behaviour need to be challenged,” Mr Kent said.

“Some of the systems and processes, people are still using paper dockets; we can be much smarter, and that provides an opportunity for better service and better-priced service.”

Third, Mr Kent is looking for growth areas, because he believes opportunities are created in tough times.

“WA and South Australia are struggling, particularly in mining and resources, but in NSW, Queensland and Victoria we’re experiencing strong growth,” he said.

Mr Kent said he saw opportunities in the east-west rail service and global freight forwarding, and even in WA there was growth potential in the oil and gas sector and the South West-focused Country Carriers.

The change of leadership followed the awarding of two big contracts, by Chevron and Aldi, to Sadleirs last year.

The group has established a separate division, with “79 people and growing”, to service Chevron.

Mr Kent anticipated a slow ramp-up of the Aldi contract over several years, as the German retail group progressively opened 70 supermarkets across Perth.

Business News reported earlier this month that Aldi was on track to open its first WA supermarkets by the middle of this year, with construction under way at 14 sites.

Mr Kent was also looking to better utilise the group’s land at Kewdale, which had been developed in a what he described a ‘hotchpotch way’ over the years.

“We have a very big footprint but I think the layout is not ideal,” Mr Kent said.

“We want to potentially build a better warehouse structure linked to the rail.”

Sadleirs Logistics is ranked as the state’s eighth largest trucking and logistics group in the BNiQ database. 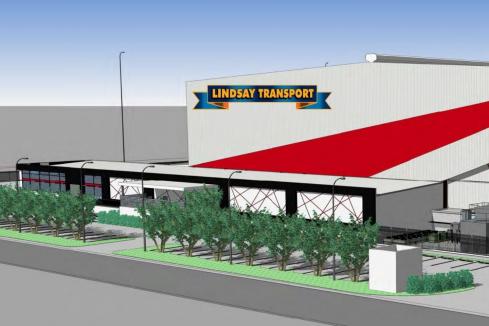