Australian capital cities are in the middle of an unprecedented infrastructure spend this decade. However, the delivery of such world class infrastructure revealed by way of a prestigious award highlights the potential health risks to the thousands of workers who support these projects.

Australian capital cities are in the middle of an unprecedented infrastructure spend this decade.

Some of the country’s largest infrastructure projects including the $20 billion-plus Sydney Metro program of works; Perth’s Metronet train line project; Brisbane’s $5.4 billion Cross River Rail, Melbourne’s $11 billion Metro Tunnel project and $6.7 billion West Gate Tunnel project; and Sydney’s $17 billion WestConnex project, billed as the biggest road project in the world; are heading towards completion within the next four years. With Australia’s population forecasted to reach 30 million as soon as 2029, we will continue to witness major infrastructure projects, such as these, transforming our cities.

Tunnel construction represents a vital part of these projects and is complimented by world-class feats of engineering. However, the delivery of such world class infrastructure highlights the potential health risks to the thousands of workers who support these projects.

It was this risk to tunnel construction workers that motivated Kate Cole, Engineer, Certified Occupational Hygienist and Sydney Metro Health Director, to apply for a Churchill Fellowship. 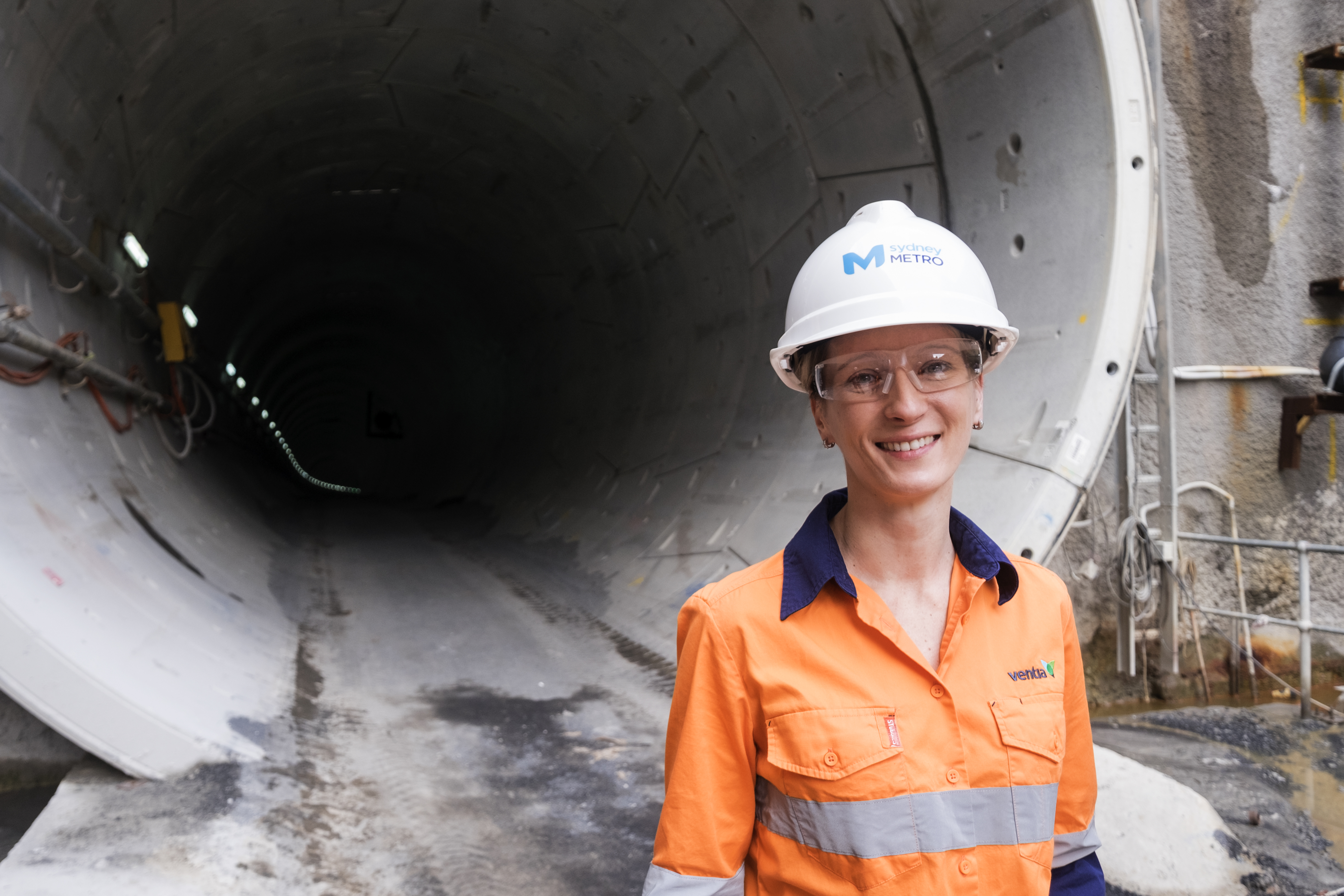 “I was fortunate enough to receive a Churchill Fellowship in 2016 to investigate best practice to prevent illness and disease in tunnel construction workers,” Kate said.

Kate travelled to some of the world’s tunnelling epicentres in the UK, Norway, Switzerland and the USA - to investigate best practice to prevent illness and disease in tunnel construction workers. She learnt that Australia had more work to do in the areas of tunnel construction health and safety.

“Construction and tunnelling projects internationally have mandated targeted contractual requirements that refer to legal standards that are more stringent than what we typically have in Australia,” Kate explains.

Furthermore, Kate found that Australia risked falling behind in future health and risk policy changes because there was no centralised health surveillance system.

“The epicentres I visited use initial health risk assessments to drive decisions on controls, monitoring, and health surveillance, as is the case at Sydney Metro and many other Australian companies. The difference can be seen on the ground where controlling silica dust exposure is given the priority that is needed.” Kate said.

“The countries I visited on my Fellowship conduct centralised collection of this data, enabling people to look at trends and make informed future interventions in policy. Australia doesn’t have a centralised health surveillance system, so we do not have access to that sort of data so we can’t make the same level of informed decisions.”

“Since returning from my Fellowship, I have instigated and lead Australia’s first industry group that brought together clients, contractors and regulators to tackle the issue of silica dust exposure during tunnel construction. The Australian Tunnelling Society’s Air Quality Working Group produced much needed reference material to fill a large knowledge gap in this area.”

“Additionally, in my role supporting Transport for NSW on the Sydney Metro project, I have been able to implement my Fellowships learnings at a client level that have a direct benefit to workers at the tunnel face. I have also collaborated with our work health and safety regulator to support them in developing tools and campaigns targeting silica dust control,” Kate continued.

Kate’s Churchill Fellowship exposed some key areas for improvement in Australia, and so far she is more than impressed with the active responses she has had from industry who are already adopting some of her Fellowship recommendations.

“I would like to thank the Winston Churchill Memorial Trust for supporting such a vital project that addresses an important issue affecting the health of thousands of Australian workers each and every year. It's great to finally shine a light on the importance of health, in addition to safety in this industry,” Kate added.

A Churchill Fellowship offers a life-changing opportunity to travel overseas to learn more about a topic or issue you are passionate about. Use the new knowledge and experience you gain from experts and specialists around the world to make a difference in Australia.

To find out more and apply visit www.churchillfellowships.com.au. Applications for the 2020 round close 30 April 2020.

History of Churchill Fellowships and The Winston Churchill Memorial Trust

On 28 February 1965, an extraordinary doorknock appeal was held simultaneously in cities, towns and rural communities across Australia. Designated as Churchill Memorial Sunday, the appeal was held just four weeks after the death of famous world leader, Sir Winston Churchill. It set out to raise money for a unique award scheme that would perpetuate his memory and benefit everyday Australians for decades to come.

Endorsed by Churchill before he died, the concept revolved around awarding fellowships to ordinary people, so they could travel overseas, learn, and then bring their newly acquired knowledge back to Australia to share and inspire others.

The war-time leader and British prime minister was held in such high esteem that the appeal became the greatest one-day doorknock in Australian history. Combined with donations from government and business, it raised more than £2.2 million, the equivalent of about $60 million in 2019.

The Winston Churchill Memorial Trust was established in 1965 to administer the funds and the awards. Since its inception, more than 4,400 Australians from all walks of life have received Churchill Fellowships. With ongoing support from volunteer fundraising efforts, bequests and sponsorships, more than 100 Churchill Fellowships, worth an average of $29,000 each, are now awarded annually.