Keeping the focus on public art

ARTSOURCE has been the peak advocacy group for visual artists in Western Australia for almost a quarter of a century. 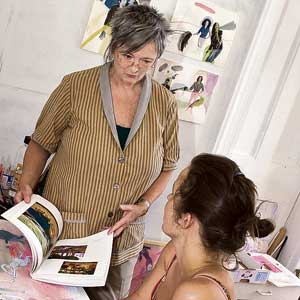 ARTSOURCE has been the peak advocacy group for visual artists in Western Australia for almost a quarter of a century.

Offering opportunities for the state's indigenous artists as well as providing scarce studio space through its residency programs, Artsource also acts as an employment agency, representing more than 530 local artists.

Since 2002, the Fremantle-based not-for-profit organisation has been affiliated with more than 1,000 visual arts projects, valued at more than $30 million.

"If you go to New South Wales and Victoria, they are deeply jealous of us here in WA because they don't have an Artsource," Artsource executive director Jude van der Merwe told WA Business News.

Artsource provides 55 studios to artists throughout the state, with more than half located in Fremantle and others situated in East Perth, City Beach and Churchlands.

A core initiative of the organisation is its employment agency, which creates a range of job opportunities for artists, including work as curators, tutors, operating consultancy services and co-ordinating public art projects.

In 2007, Artsource provided $7 million worth of employment opportunities to its 850 members.

Artsource deputy chairman Anthony Hasluck said while the employment agency was an integral part of the Artsource mechanism, the organisation provided a key public service to the state's wider artistic community.

"I think there's a huge public appetite for an organisation that offers the programs Artsource does and it is an integral part of the public art sector," he said.

"I believe we need more of them if we are to keep growing."

The Artsource agency has had to rebrand itself a number of times in order to keep abreast of the changing artistic landscape and reach a larger portion of the visual arts market.

Artsource began in 1986 as the Fremantle Arts Foundation and was formed with support from the state and federal governments and through the America's Cup office.

The foundation was incorporated as a company limited by guarantee in July 1986, and with the assistance of the America's Cup office, had Old Customs House in Fremantle made available for studio and performance space.

The state government later bought the building and the Fremantle Arts Foundation undertook to manage it.

In order to reflect the statewide distribution of its services and resources, the organisation changed its name in 1992 to the Artists Foundation of Western Australia. From this time, the services including discounts, seminars and workshops, support and advocacy, information and advice, became the bedrock for artists in WA.

In 1996, in response to the growing development of public art and in order to increase the professional opportunities for artists, AFWA established Artsource - the Artists Agency.

Artsource became the pre-eminent place for clients to engage artists and for artists to go for employment opportunities in WA.

Artists are now sought for commissions, consultancy, advice, teaching, residencies, leasing and general purchase of work through the Artsource mechanism.

In 2003, the organisation developed and began implementation of a professional development program geared to indigenous and regionally based artists in WA.

By 2004, the organisation re-branded again to Artsource: the Artists Foundation of WA Ltd.

The organisation continues its key role as a service organisation for artists, providing quality service combined with imaginative delivery.

Artsource has also attracted prominent Perth businesspeople to its board, including current chairman Graeme Rowley, who is executive director of operations at Fortescue Metals Group.