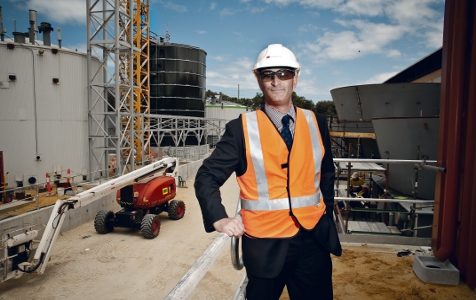 After dedicating two years to the drawn-out and incomplete commercialisation of AnaeCo’s waste-to-energy technology, managing director Patrick Kedemos is now leaving the company.

The board of Bentley-based AnaeCo announced today Mr Kedemos is departing, and the search for a new chief has begun.

Mr Kedemos joined the company in August 2011 and has been leading the company’s expansion of the Western Metropolitan Regional Council’s waste management facility which uses AnaeCo’s DiCOM technology.

Construction of the facility began in late 2010 and was completed last year.

In its most recent shareholder update, issued in April, AnaeCo said pre-commissioning was complete in most areas.

The plant is expected to process between 55,000 and 60,000 tonnes of municipal solid waste per year.

Early this year, the company raised just over $21 million through a rights issue, to provide funds for the commercialisation phase. The raising was priced at a deeply discounted 1.2 cents per share, and the stock is now trading at 0.9 cents.

Mr Kedemos told Business News this rights issue marked an appropriate time for him to depart.

"I feel that, having raised $21.4m to fully recapitalise the Company, my mission at AnaeCo was completed and, as such, have decided that it was the right time to go," Mr Kedemos said.

AnaeCo has had promising results with memorandums of understanding from Australian and international companies looking to take advantage of the waste-to-energy technology, with parties in India, Iraq and North America registering an interest.

The DiCOM technology has also received patents for Australia, Japan, United States, Canada and China, as is awaiting patent approval from the European Union.