Local minerals explorer Kasbah Resources has received commitments for a $3 million capital raising, while also announcing a range of cost reductions including cutting executive pay, reducing staff and restructuring its board. 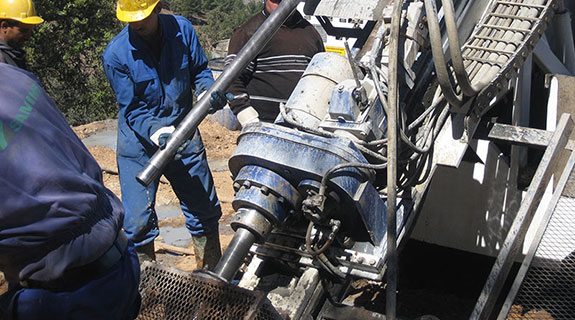 Local minerals explorer Kasbah Resources has received commitments for a $3 million capital raising, while also announcing a range of cost reductions including cutting executive pay, reducing staff and restructuring its board.

Kasbah will raise $3 million through the placement of 104.6 million shares at 2.9 cents each.

Following the issue of placement shares, African Lion Fund will increase its stake in the company to 16.1 per cent, while Traxys, a major commodity trader, and Thaisarco Smelting and Refining will both become substantial shareholders.

Hartleys acted as broker to the offer.

The company’s board has resolved to continue to advance its Achmmach tin project in Morocco, after a recent statement issued by the CRU Tin Monitor stated that there were more reasons to be bullish on the tin market heading towards the second half of the year.

Kasbah released definitive feasibility results on the Achmmach project in March, which showed lower pre-production capital costs, with C3 production costs at $US13,296 per tonne of tin in concentrate.

However, the company also announced a number of cost-reduction initiatives to preserve its capital.

As part of the restructure, Robert Weinberg and Gary Davidson have stepped down from the board.

Mr Weinberg was one of the company’s founding directors.

Rod Marston, Ian McCubbing and Gabrielle Moeller will remain on the board as no-executive directors.

All remaining non-executive directors will have their fees cut by 40-55 per cent, while Mr Bramwell and all senior executives have agreed to a 20 per cent salary cut.

“In the last 18 months refined tin production from China and Indonesia had a negative impact on a finely balanced tin market,” Mr Bramwell said.

“The resultant fall in tin price triggered production cutbacks from the major producers and more are likely.

“Some projects will close and a significant supply side response to current prices with the forecast increases in electronic and battery demand could see the tin price rebound quickly as supply becomes tight,” he said.