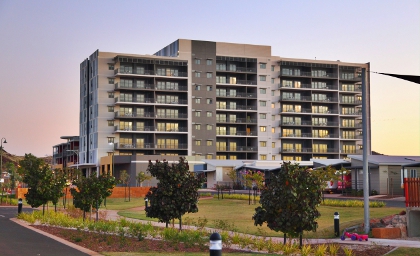 Perth-based apartment developer Finbar Group has forecast an after-tax profit of about $14 million for the half year to December 2012 and reaffirmed its expectation of a record full-year result.

The major contributor to the half-year result was the completion of 85 settlements at the company’s first Pilbara project, the Pelago West apartments in Karratha.

The $14 million profit forecast compares with a loss of $654,000 in the previous corresponding half-year period, when the company did not settle on any of its properties.

Looking further ahead, the balance of settlements for Lime, which has 111 lots, is expected to occur in the second half of the financial year.

The second-half result is also expected to include initial settlements on the Adagio apartment project on Terrace Rd in East Perth.

Finbar said it has achieved $100 million in sales at Adagio, which is on schedule to reach practical completion in March 2013.

As a result, the company has reaffirmed its FY13 profit guidance, anticipating it will exceed last financial year’s record net profit of $28.3 million.

Managing director Darren Pateman said “we are delighted to report a robust half year performance to our shareholders”.

“The second half will see the completion of Adagio, a major project, along with more settlements at Lime and Pelago West which we are confident will all help to underpin a record FY13 result,” he said.

Finbar expects to announce its audited half year accounts on 28 February 2013.