Karotkin to lead Institute of Architects 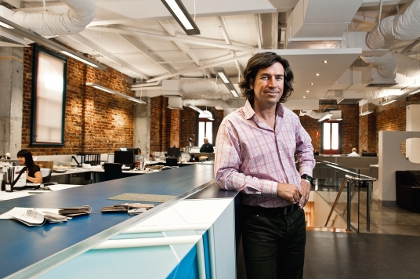 The body represents Australian architects nationally and currently has 12,000 members.

Mr Karotkin is managing director of Perth architects, Sandover Pinder and has served as WA president since 2011.

Mr Karotkin said he was looking forward to chairing the organisation next year.

“I’m really excited and also a little intimidated to be given this great opportunity, we have 12,000 members nationally so the organisation has quite substantial representation.”

Mr Karotkin said he hoped to continue with the organisations consolidation and strategic thinking after a number of large projects come to an end in 2013.

“The institute has been working on some big projects that are close to completion so hopefully we’ll be able to sit down in 2014 and see where we want to go next,” he said.

He is the first president from Western Australia since Warren Kerr served as head of the organisation in 2002.

“I think it will be good for WA and Perth to have a representative in the top job, it’s been over a decade since someone from the state led the body so it’s great to be representing WA,” he said.

The institute will hold its 2014 national conference in Perth, coinciding with Mr Karotkin’s presidency.