Perth’s growing traffic congestion woes have prompted the development of two new apps, both designed to make old methods of commuting easier and get drivers out of their cars. 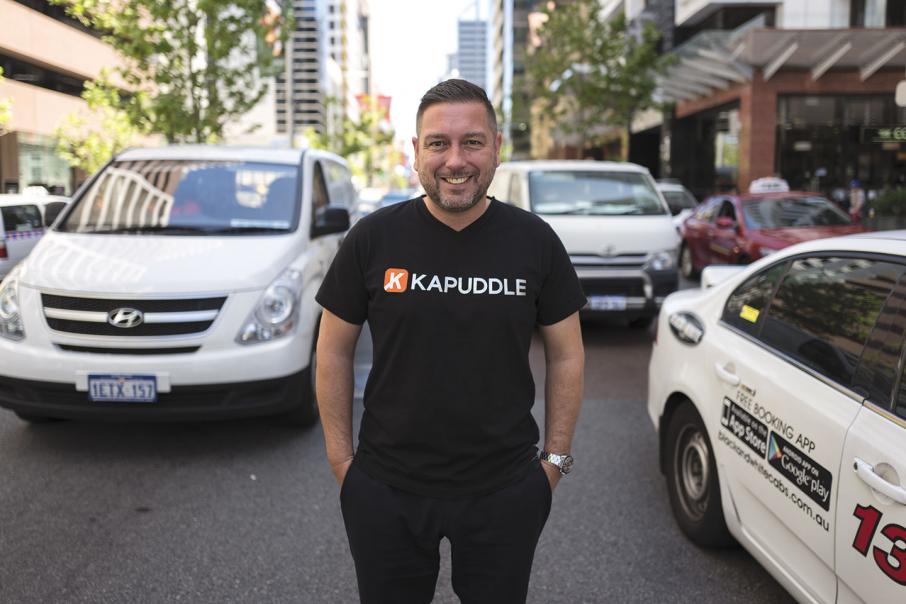 Jamie Vine is seeking to reduce the number of people who commute to the CBD alone. Photo: Attila Csaszar

Perth’s growing traffic congestion woes have prompted the development of two new apps, both designed to make old methods of commuting easier and get drivers out of their cars.

It is no secret that getting to work is becoming more challenging for those who spend their days in the CBD, with Perth’s road network struggling to meet increasing traffic demands.

And while Main Roads Western Australia is rolling out a comprehensive traffic management program, with new merge lines and arrows on all freeway on-ramps, and traffic light timing improvements among a suite of initiatives, new congestion-busting solutions are emerging from the private sector.

A report released earlier this year by the Bankwest Curtin Economics Centre indicated Perth commuters were likely to bear higher costs and take more time to get to work than households in NSW or Queensland.

To tackle those rising costs, and also reduce the time it takes to get to work, Perth-based entrepreneurs Jamie Vine and Nick Eggleton are launching Kapuddle – a high-tech take on the traditional congestion-reducing practice of carpooling.

Mr Vine said his research showed there were 684,000 commuters in Perth, with just 8 per cent of those getting to work by train, while 92 per cent of the 546,000 people who commuted by car did so with no passengers.

He said carpooling as a solution had fallen down in the past because it was left to individuals to organise the routes.

Web-based app Kapuddle matches drivers and commuters based on the routes they input, with per-kilometre pricing designed to either be competitive with public transport costs, or marginally higher.

The service is not designed to be on-demand, like Uber, rather commuters schedule their trips ahead of time.

“Our view is that lots of people have fairly regular schedules, and if we can try and match their schedules, as long as we are making it convenient for both we can hopefully get people out of their car that wouldn’t have normally gone on public transport, either through lack of convenience or time,” Mr Vine told Business News.

“We aren’t trying to encourage people to drive, but if you are already driving, you can recover some of the costs.

“We are trying to get you to share your journey, or get out of your car and share it with someone else.

“And we need a combination of both, obviously, for it to be a success.”

Kapuddle is undergoing open testing, however it should be launched to the Perth market by December.

“It’s nationally capable from day one, but we are going to be pushing it as a pilot in Perth to use Perth as a test case,” Mr Vine said.

Another congesting-busting app, which has already launched, is Busbee – a highly targeted initiative that is aimed at reducing the time it takes to commute from Ellenbrook to the CBD.

He said he targeted Ellenbrook initially for the Busbee service because the suburb was so poorly serviced by public transport.

“If you’re public transporting from Ellenbrook at the moment, you catch the bus to Bassendean, then you get on the train,” Mr Hurley said.

“Now that can take anywhere from 50 to 70 minutes, depending on what time you get on the bus or the train.”

Mr Hurley said he began thinking of ways to reduce congestion when he was stuck in traffic during one of his regular commutes around three years ago.

His solution at the time was to rent a vacant block on Alexander Drive to provide a carpark for Ellenbrook residents to link into high-frequency bus services into the city.

But when he found that option to be cost prohibitive, Mr Hurley said he decided to pick the commuters up straight from Ellenbrook.

Busbee is currently priced at a level marginally higher than public transport, but Mr Hurley said the aim of the app was to capture drivers and get cars off the road, rather than bus commuters.

“If you add up your fuel costs, car parking and your other running costs and all that, then we’re saving you money,” Mr Hurley said.

“And if you choose us rather than public transport, we’re saving you time, so it comes down to how much you think your time is worth.”