Rockingham-based WA Kaolin has kicked off a capital raising to fund the scale-up of its WA operations; it joins several companies planning to mine the specialist industrial mineral. 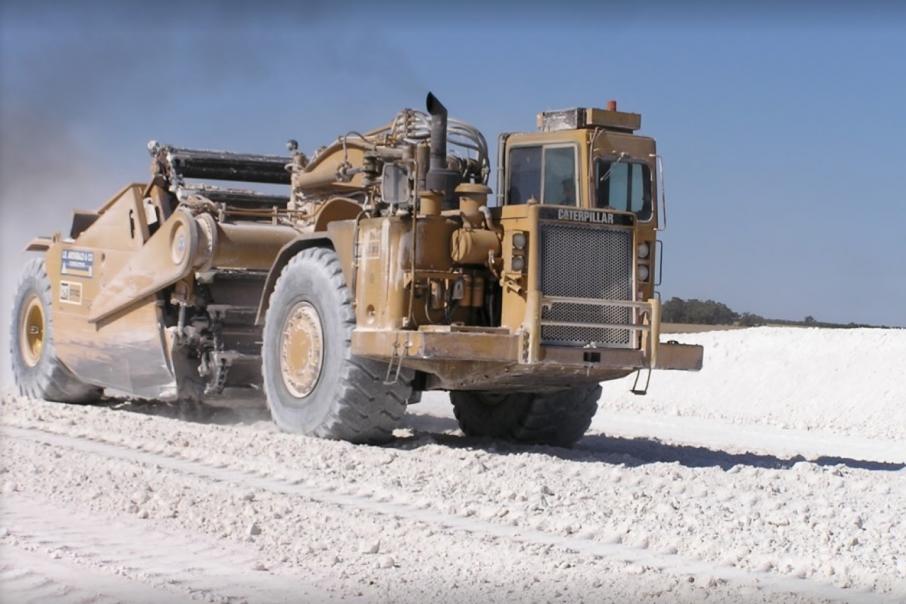 Rockingham-based WA Kaolin has kicked off a capital raising to fund the scale-up of its WA operations, joining several companies planning to mine the specialist industrial mineral.

WA Kaolin is aiming to raise $22 million through an initial public offering, to fund development of its Wickepin project 200 kilometres south-east of Perth.

The IPO comes just more than 20 years after WA Kaolin acquired the project from Rio Tinto.

The privately-owned company has invested a total of $42 million in the acquisition and subsequent development of the project.

It already has trial mining operations at Wickepin and a small-scale production plant at Kwinana producing up to 5 tonnes per hour, or about 24,000 tonnes per annum.

“It enabled us to prove the business model,” he said.

This included supplying the right product to its customers, which include producers of ceramics, fibreglass and paint, mostly in Taiwan and China.

“Our customers want more than we can produce,” Mr Sorensen added

He said the founders of WA Kaolin had learnt from the difficulties experienced by others in the sector, notably the failure of several proponents to develop the remote Skardon River kaolin project in Queensland.

“They saw that the only path forward was to have a low-cost position in terms of opex and logistics and vital to have customer offtakes in place before investing in the full scale commercial plant at the mine site,” he said.

“Having proven the K99 technology at small commercial scale and secured offtakes and letters of intent from its customers the company is ready to expand to meet the demand.”

WA Kaolin is planning to spend $18 million building a new processing facility at Wickepin with capacity of 200,000 tonnes per annum.

Mr Sorensen said once that was up and running, the company would use internal cash flow to fund the establishment of further processing modules, at a cost of $14 million each.

It was aiming to produce 400,000 tonnes per annum by the end of 2024 and saw potential for further expansion toward 1 million tonnes.

The company said its plans were supported by the results of a definitive feasibility study undertaken by consultancy BDB Process.

Mr Sorensen said the quality and size of WA Kaolin’s ore body was a major attraction.

It has an estimated ore reserve of 30.5 million tonnes, giving it a 31-year mine life.

Mr Sorensen said the company was continuing to research the future construction of a ‘wet’ processing plant.

This would come at a higher cost but would produce kaolin suitable for the premium paper and packaging markets.

WA Kaolin will use most of its IPO proceeds to fund the construction of the Wickepin project, budgeted to cost $18 million with contingencies.

The company will use $2.5 million to reduce its substantial debt - it currently owes $27 million in loans and $2.1 million via deferred payments.

The company has also issued $7.6 million of convertible notes to help fund its operations.

The IPO will see the company issue 110 million shares at 20 cents each to raise $22 million.

It will issue a further 47.8 million shares to the holders of convertible notes at a price of 16 cents per share.

The company’s two major shareholders are founder and director Alfred Baker and the estate of its co-founder, the late Keith Snell.

Mr Baker will have the capacity to boost his stake in future, as he will receive 13.2 million options and 13.2 million performance rights.

The lead manager for the IPO is Canaccord Genuity while JP Equity Partners is co-manager.

WA Kaolin is moving into an industry that is dominated by a handful of large, diversified companies.

These include French company Imerys, which is the only long-term producer in Australia – it has a small mine in Victoria among its global operations.

Other companies looking to break into the sector have very diverse strategies.

Tellus has approvals to mine up to 290,000 tonnes of kaolin clay per annum, though this is a secondary business line.

Its core business is the storage of hazardous waste in the mine voids.

It is planning to build a 40,000 tpa kaolin plant over the next few years once it establishes markets for its product.

Altech is seeking to complete funding for its $US280 million HPA plant in Malaysia, which will be supplied by a mine at Meckering.

Similarly, FYI is aiming to build a $US189 million HPA plant at Kwinana, with feedstock from a mine at Cadoux.

HPA is a critical ingredient in a wide range of products including LED lights, semiconductor wafers, scratch-resistant glass used for watches and smartphones and lithium batteries.

FYI’s project received a boost recently when it signed a memorandum of understanding with Alcoa of Australia to progress to a joint venture on the project and for exploring offtake options for the product.

Other companies in the kaolin sector include Adelaide-based Andromeda Metals and Perth-based Suvo Strategi Metals.

Andromeda, which has a market value of $265 million, is focused on the Poochera halloysite-kaolin project in South Australia.

It completed a pre-feasibility study early this year on the Carey’s Well deposit at Poochera, saying it delivered further substantial improvement in the project.

Suvo Strategic Minerals, which has a market cap of $41 million, completed a backdoor listing on the ASX in August, following a $5 million capital raise.

Its exploration activities are focused on the White Knight kaolin project in WA’s wheatbelt as well as the Nova silica project near Eneabba.