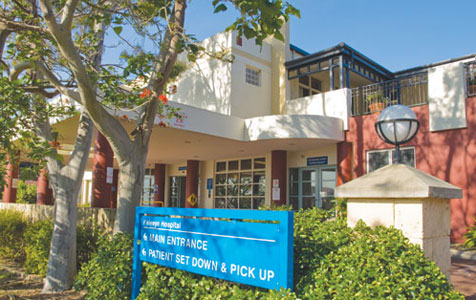 "Kaleeya has a long association with health care in the East Fremantle area and I am pleased to see the site will continue to be used to provide care to the community," Mr Barnett said in a statement.

Kaleeya Hospital was considered to be surplus to the state government’s requirements due to the establishment of Fiona Stanley Hospital.

The hospitals obstetrics, gynaecology and neonatal services have all been transferred to Fiona Stanley Hospital, aged care services will be transferred to Fremantle Hospital and Health Service, while elective surgery will be distributed between the two facilities.

Mr Barnett said a further 18 sites remained up for sale, with the government expecting to raise around $250 million.

Those sites include for hospital precincts, including the Shenton Park Hospital, while a plot of land in Wanneroo was also recently sold, achieving a $3.7 million price tag.

Other assets include parts of the WA Police Headquarters in East Perth and Cottesloe’s School for the Deaf.

The government is expecting to raise $6 billion from its comprehensive asset sales regime, by selling off Utah Point port in Port Hedland and the Kwinana Bulk Terminal, as well as Canning Vale Market City, the TAB and some of the government’s wastewater treatment plants.